Bills gear harder to come by, Josh Allen jerseys flying off the shelves

Other star players' jerseys such as Diggs, Beasley and White are also doing very well. 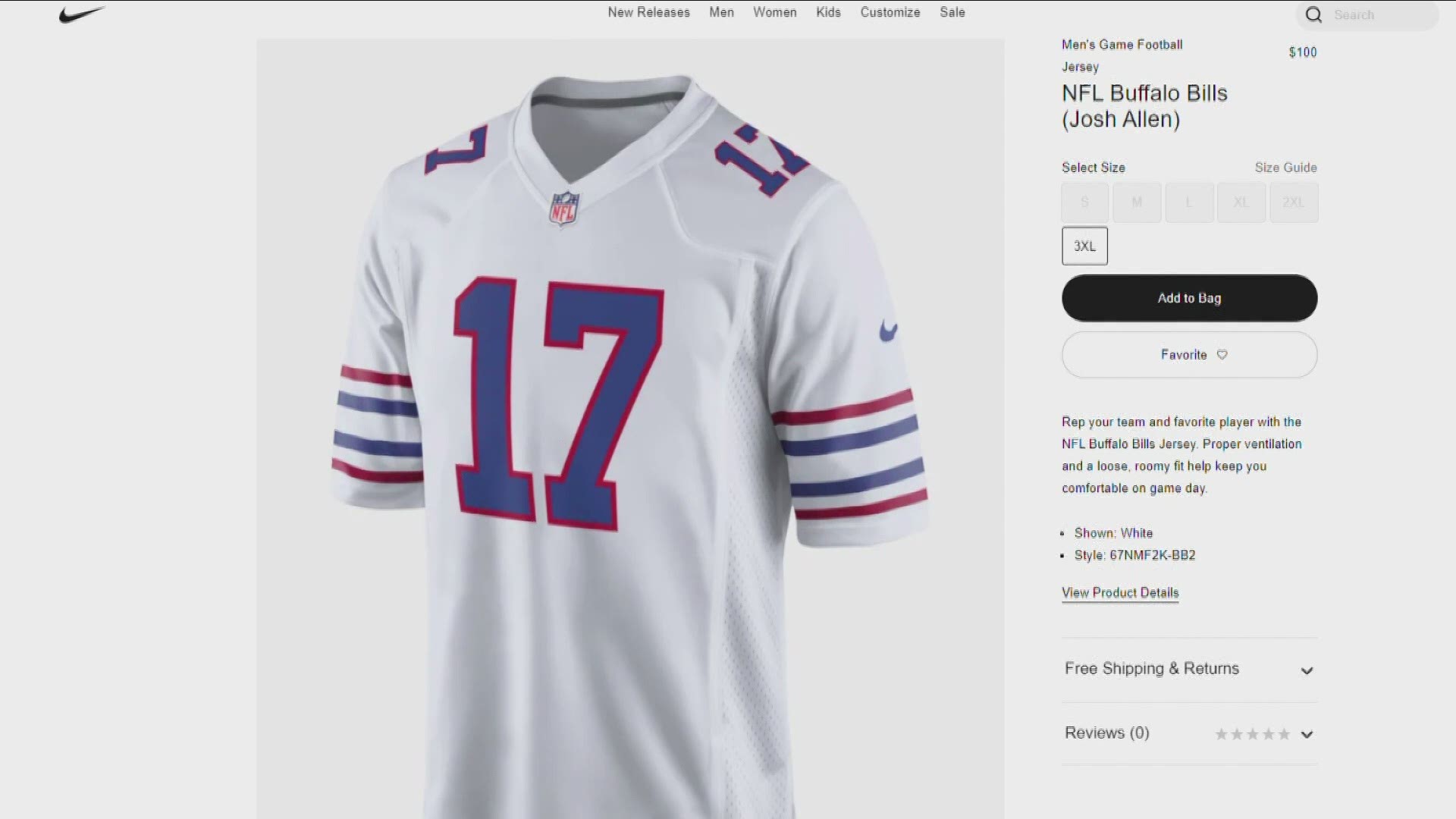 ORCHARD PARK, N.Y. — For the first time in more than 20 years, the Buffalo Bills came away winners on Monday Night Football with a win over the 49ers in Arizona.

One man Bills fans and football fans across the country can't seem to stop talking about Tuesday is Josh Allen. The quarterback delivered a big performance on the national stage, throwing for 375 yards and four touchdowns.

So not surprisingly, it's got Bills and Allen gear flying off the shelves ahead of the holidays.

Bills gear has been doing extremely well this year because of the season so far, but it's not just getting harder for Bills Mafia to find the gear they're looking for, it's also hard to get it into stores now.

"There's been such a major demand in Bills product in the marketplace and because there's production issues due to the virus and factories just can't have as many people in there producing product, it's just a lot harder to get goods in right now," said Jason Klein, manager at the Bills Store.

So the bad news is that if you're looking for Josh Allen's white, away jersey, it's going to be very hard to find.

Just about every website 2 On Your Side checked including Dick's, Nike, the NFL Shop and local stores like the Bills Store either didn't have it, or it was only available in a 3XL.

Allen's blue, home jersey is also doing well. It's listed in limited sizes on those sites mentioned. It's not even listed on the Bills Store's website, but they do have a few left in the store.

Over at Dave & Adam's in Williamsville, they do have Josh Allen jerseys and memorabilia with his autograph.

If you're looking for a regular jersey, your search may not be so easy.

That's starting to be the case for other star players too.

"The success of the team really helps our sales definitely but it's really great to see people around town wearing their Bills stuff proud and being happy to do it. I can definitely say our sales of Stefon and Cole have gone just as busy as Josh has," said Chris Bandura, director of athletic relations at Dave & Adam's.

"Diggs has been hot for us (at the Bills Store)," Klein said. "Cole Beasley we've been doing a lot of customs on and we do have his jersey coming in as well so I'm sure they'll be gone as fast as they hit our shelves."

They are expecting a delivery of more Bills gear and hope to have it in the next couple of weeks. It will include an influx of Josh Allen's jerseys as well.