Bills fans welcome team back at the airport

Dozens of fans showed up early Monday morning to welcome the Bills home after their win in Kansas City. 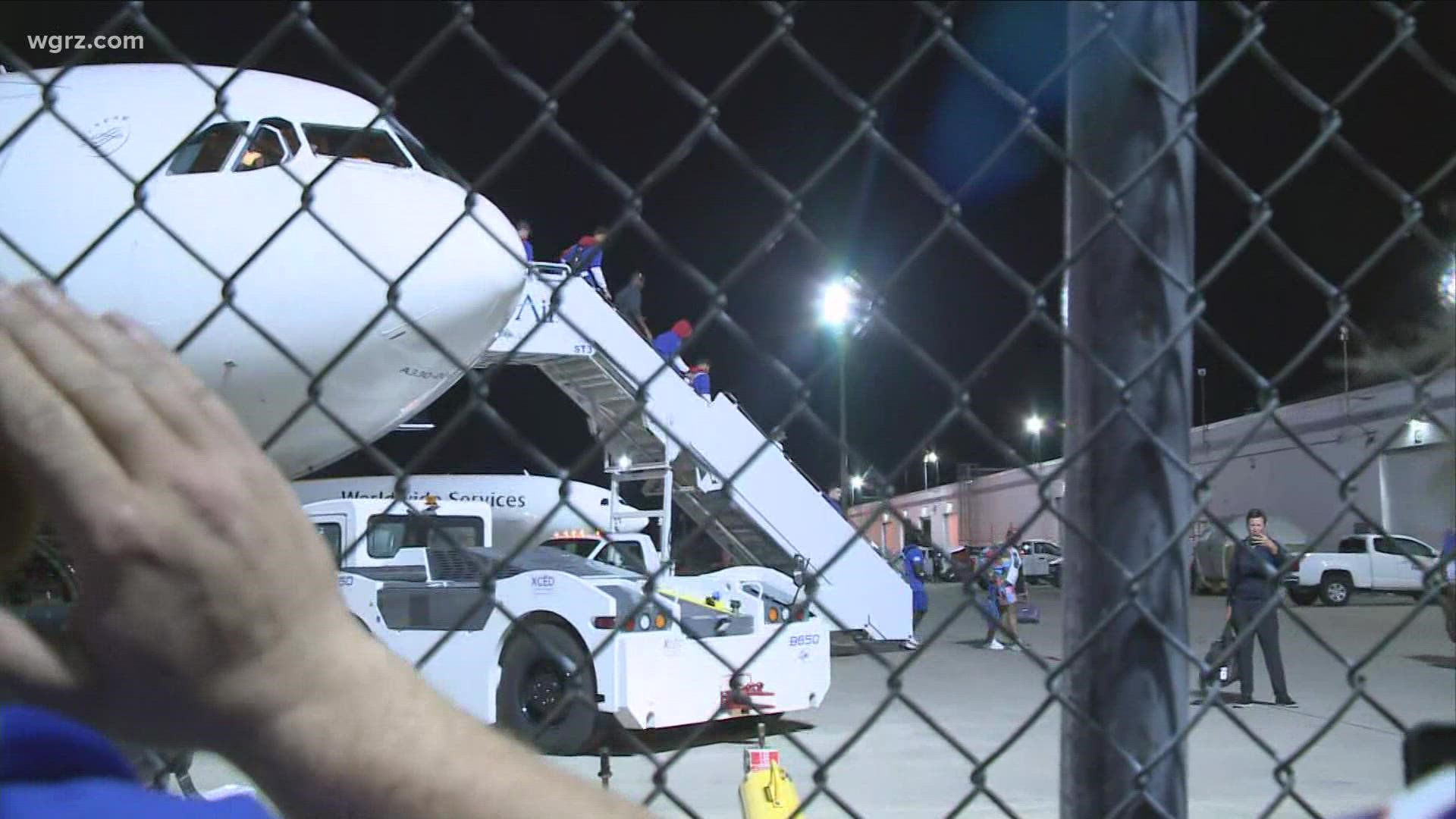 CHEEKTOWAGA, N.Y. — The Bills went into Kansas City and took home a major win against the Chiefs on the national stage. The game ended around 12:20 a.m. local time due to a lightning delay in KC, but that didn't stop Bills Mafia from showing up to welcome the team home.

Bills Mafia has made a habit out of welcoming the team home after big wins on the road, and during the post-game press conference head coach Sean McDermott said "Hopefully we will see a few fans, one or two at the airport."

The Bills touched down just after 5 a.m. at Buffalo Niagara International Airport. 2 On Your Side's Jeff Preval was there, he said a little more than 30 people showed up to cheer on the team as they deplaned.

Chants of "MVP" were heard when quarterback Josh Allen came into view. Many of the players stopped and waved to the fans who came out to support them.

One fan we spoke to, Chris Greiner from Lockport told us, "I mean come on 38-20 against the Chiefs. We wanted to go to the Super Bowl last year, got our hearts broken. Wanted our redemption, they got it. Gotta see the boys, gotta welcome them back, that's why I'm here. I don't need any sleep."

The #Bills are back after beating the #Chiefs and these fans couldn’t be prouder. @WGRZ pic.twitter.com/AMIfJaeEW9

No sleep for these #Bills fans as they await the @BuffaloBills arrival at the Buffalo Airport after their big win against the Chiefs. @WGRZ pic.twitter.com/ipD01wPLeR

Things did clear out pretty quickly after the team arrived. Bills Mafia and the team both needing some sleep. 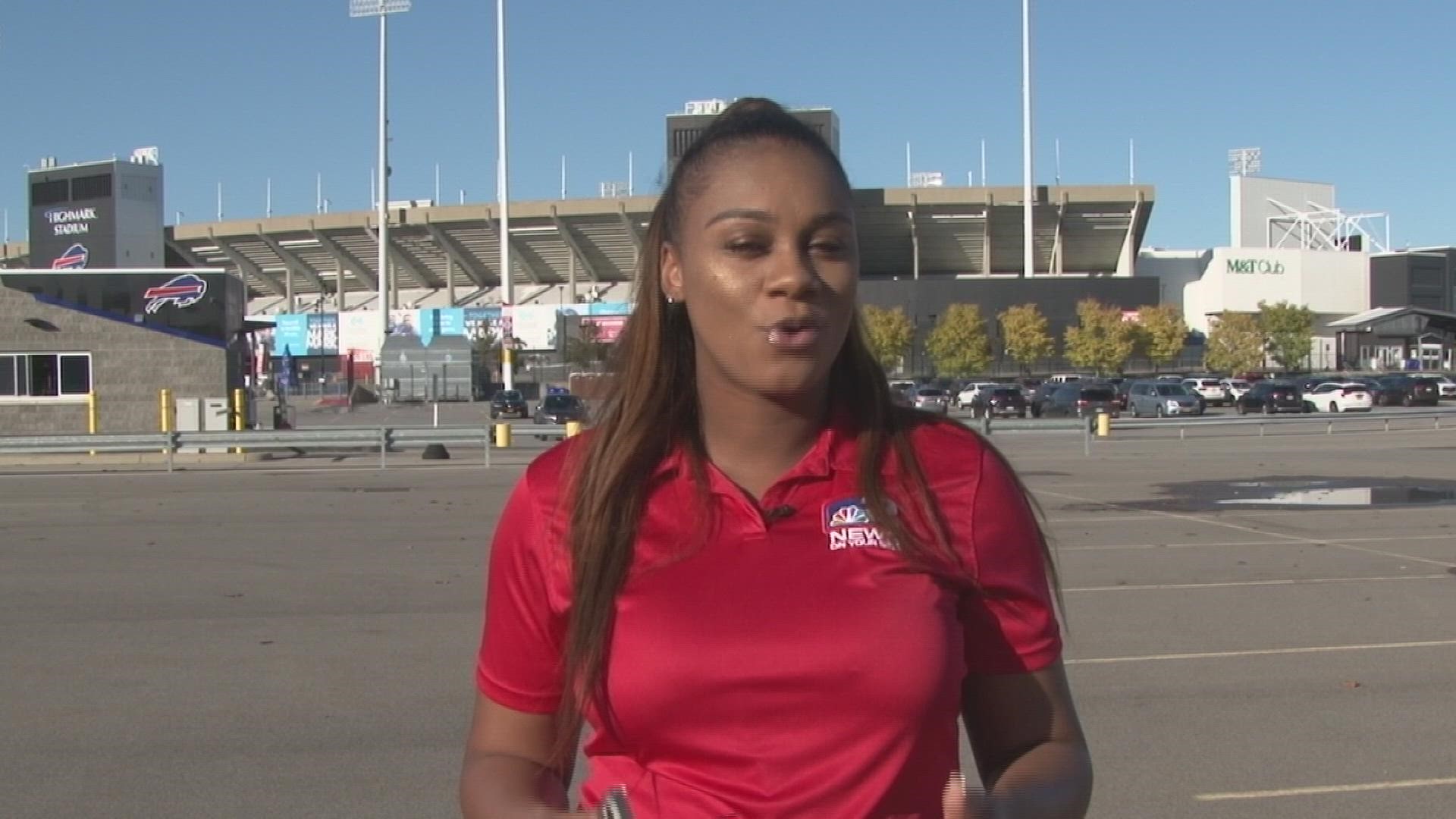