Overwhelmed with emotions, Bills fans are congregating at Buffalo City Hall to celebrate the team, some for the very first time. 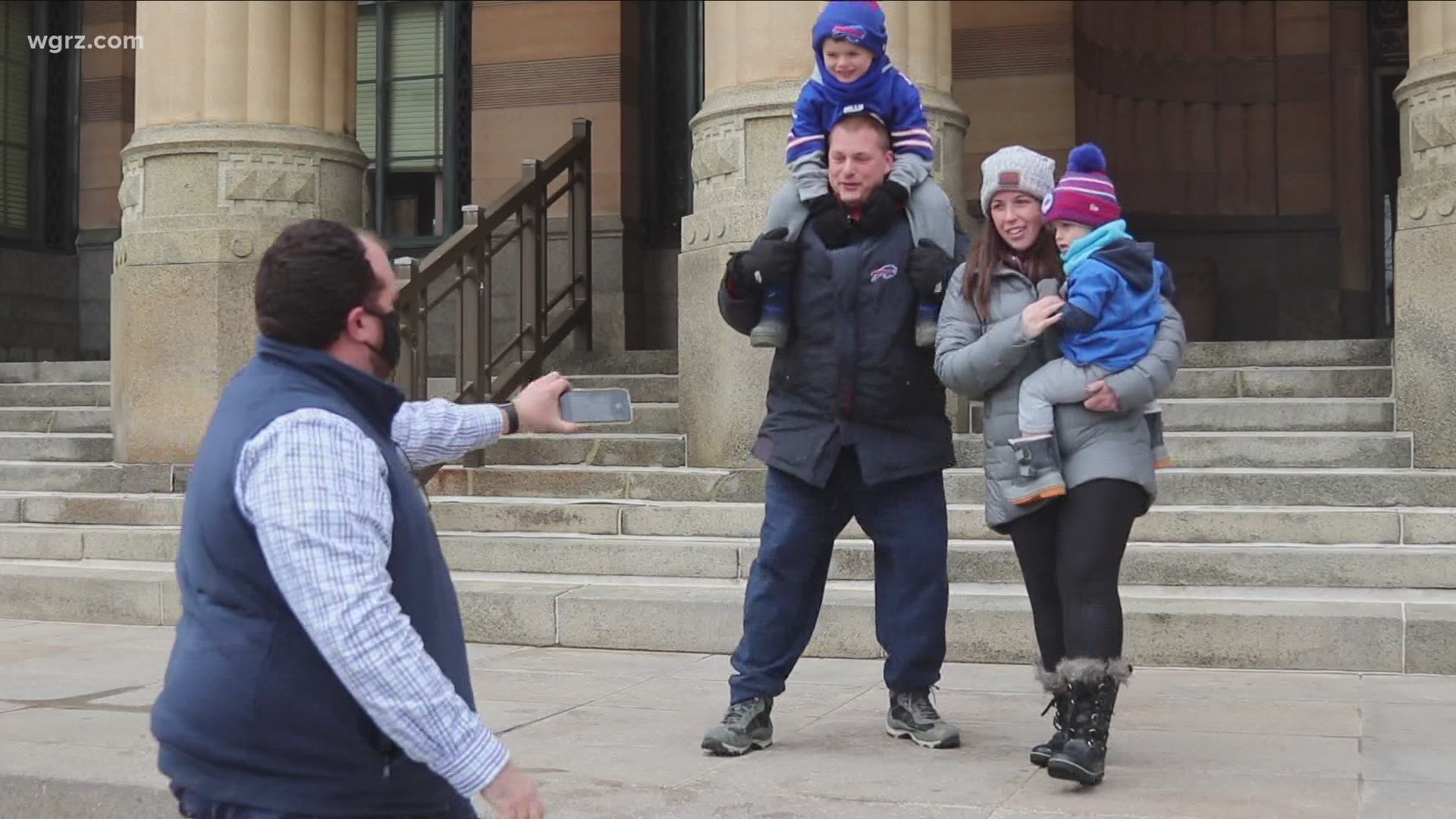 BUFFALO, N.Y. — Ever since the banners were hung and adorned the negative space between the columns at Buffalo City Hall, fans have gathered to take selfies and express their support for the Buffalo Bills.

The security barriers, meant to keep the building safe from nefarious actors with ill-intentions, are painted with the phrase "the herd is behind you," and silhouettes of buffalo.

One family of Bills fans, donning their vintage Zubaz and carrying their dog Lilly, were taking selfies in front of the banners and reminisced about Saturday's victory.

"Even in our neighborhood we had fireworks after the game, everybody's driving around on their golf carts and cheering. I scared Lilly at one point."

A father, with his son hoisted on his shoulders, became emotional discussing the Bills success and advancement to the AFC Championship game.

"It's a little emotional, and to me, I love it, and not only for myself but for family members, that's what the Buffalo Bills mean to people in the city."

Millie the Mustang, the mascot of Mill Middle School in Williamsville, was also on hand taking photos to surprise students in a hype video later in the week. Millie's handler said Bills pride is running wild in the Williamsville School District.

While the Bills move on to the AFC championship game in Kansas City, not everyone will make the trip. Fans will be coming together as safely as they can in the midst of a global pandemic to support the Bills. That also means maintaining the same routine that may have superstitiously helped the Bills beat the Ravens.

"I held the pillow the whole game never took it took place it down a little place it down during half," said 12 year old fan Anthony Martis.

Might be chilly today, wear the proper headgear folks! I’ll have fan thoughts on the emotional roller coaster that is being a #Bills fan coming up at 6 p.m. on @WGRZ pic.twitter.com/V5TvW83UkY