The Bills are in the driver's seat for that first wild card spot, but winning the division title isn't out of reach as there's a lot on the line this weekend. 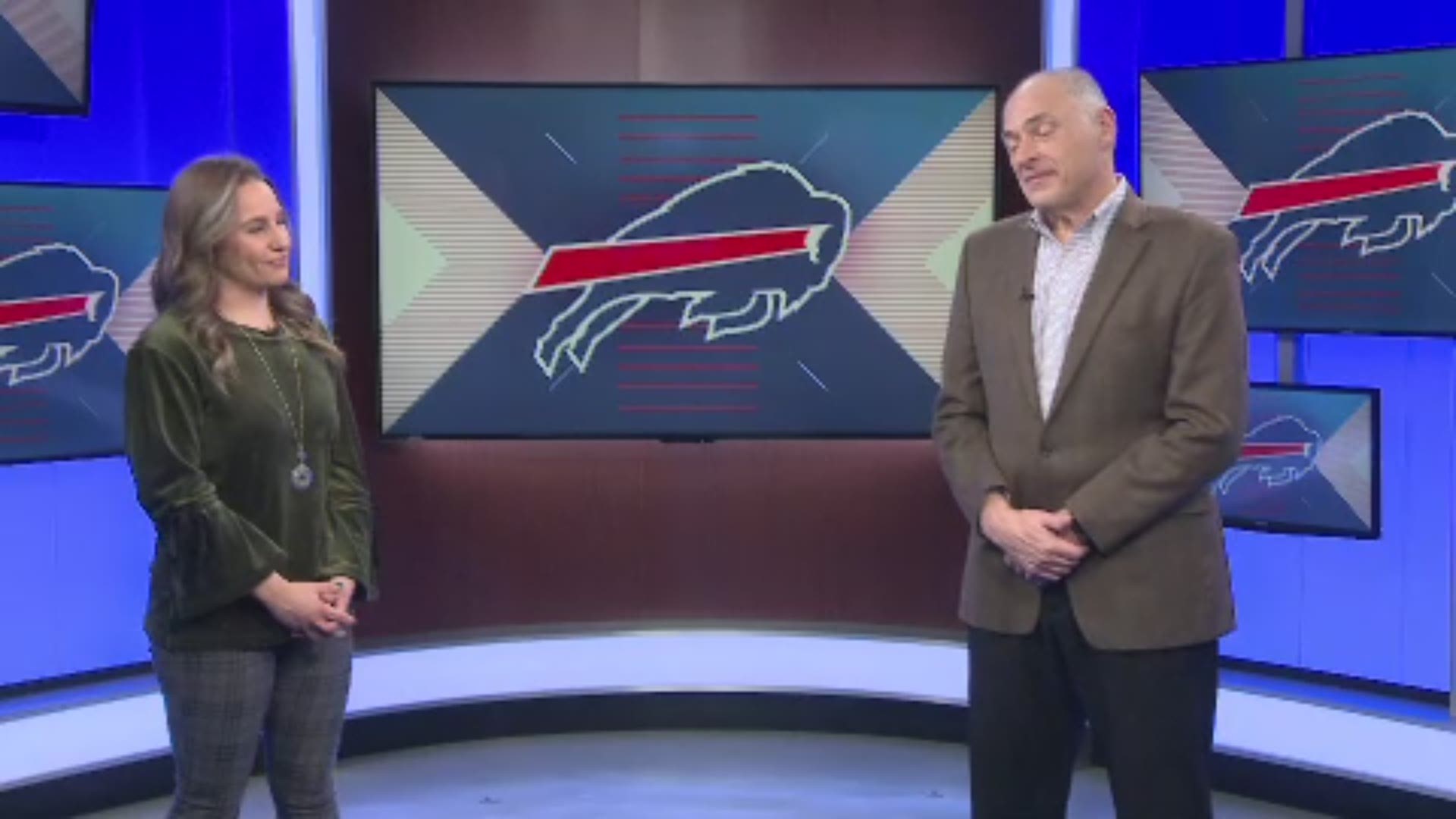 BUFFALO, N.Y. — After a big win on Thanksgiving against the Cowboys, in Dallas on national television, the Bills are 9-3 and cruising to a playoff berth. They're in the driver's seat for that first wild card spot, but even still, some have their doubts about this team.

Not that the Bills care what outsiders say but a win over the Baltimore Ravens, the hottest team in the NFL, would pretty much silence those critics ... at least I think.

Buffalo faces its biggest test this season with Lamar Jackson and the Ravens coming to town, as they've now won eight in a row after a 20-17 win over the 49ers last Sunday.

They look like a Super Bowl contender and have plenty of weapons on both sides of the ball.

Let's start with the Ravens offense: Jackson leads an offense that is second in the league in total yards. He can beat you through the air or on the ground with his mobility and ability to extend plays.

He's thrown for 2,532 years, 25 touchdowns and just five interceptions. Jackson has also rushed for 977 yards and seven touchdowns. Yet people had their doubts about Jackson's abilities as a quarterback and even suggested he switch positions leading up to the draft.

It's also another battle of two 2018 first-round quarterbacks as Jackson and Josh Allen meet.

Speaking of Allen, he'll have to continue his play from the past three games if the Bills are going to come out with a win. This is arguably the toughest defense he'll face this season (Patriots are in the mix there too) so limiting mistakes will be key.

Just like last week, it's another "revenge game" if you will. Cole Beasley made his return to Dallas and faced the Cowboys for the first time since signing with the Bills and this week, John Brown will face his former team as well.

We saw how well that worked out for Beasley, now we'll see if Brown has a little extra juice for this one too...no matter how much he downplays it.

Those two have been huge weapons for Allen just the way the Bills hoped when they signed them in free agency.

Mix that in with getting Devin Singletary going on the ground and continuing that up-tempo, no huddle offense Allen seems very comfortable in to try and catch the Ravens defense off guard. Any little bit helps.

It's also a special week for players in the league as the NFL brought back the "My Cause My Cleats" imitative for the fourth year in a row. Players can wear custom designed cleats that show off an organization or cause that is important to them.

This year the Bills have 14 players participating. You can catch our feature from this week on My Cause My Cleats here.

2 on Your Side's Heather Prusak and Vic Carucci from the Buffalo News and Sports Talk Live dive into some of these key matchups for Sunday's game even more.