The Steelers have won five of the last six matchups in Buffalo. 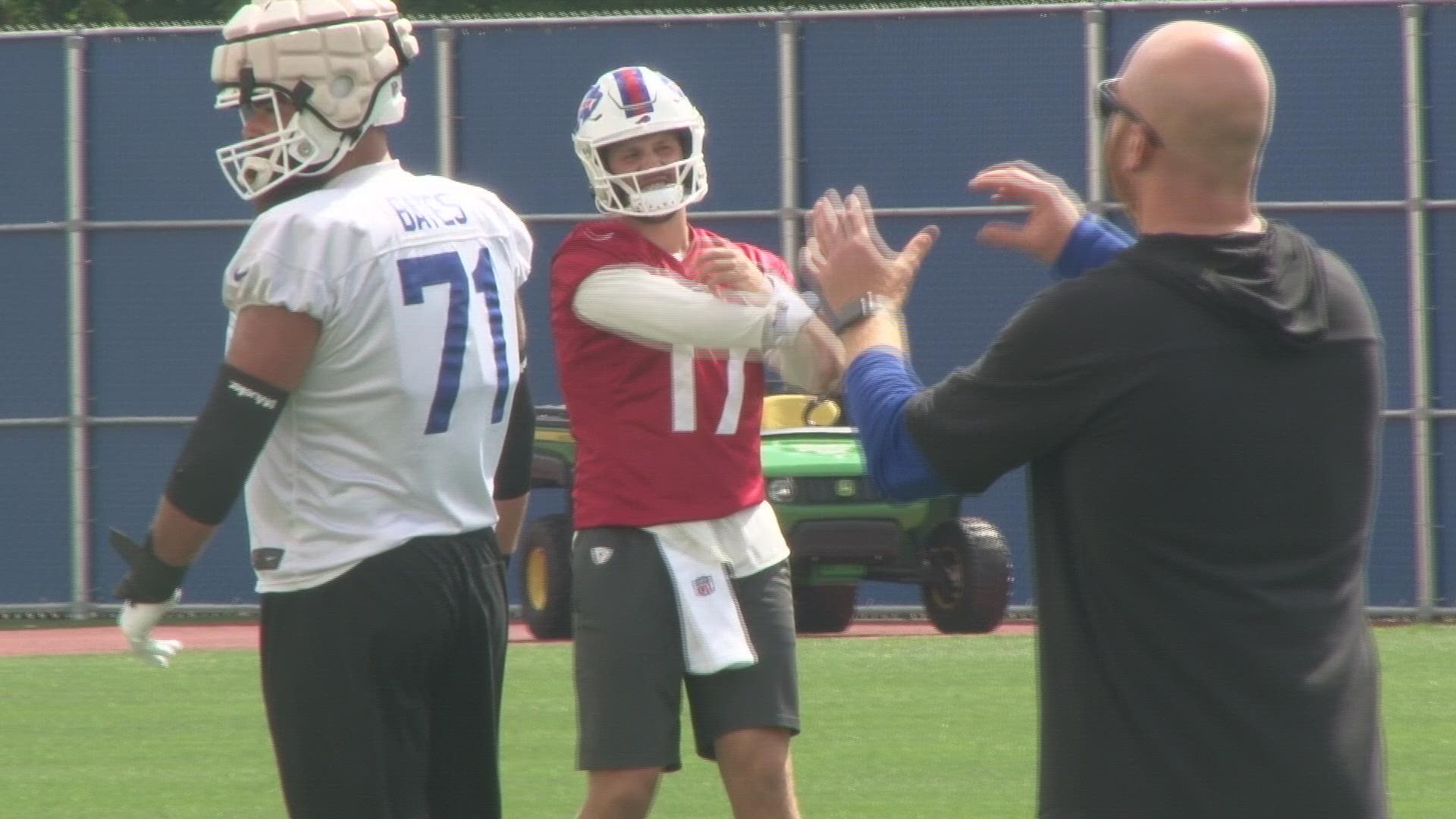 ORCHARD PARK, N.Y. — Last season the Bills went in blind with no preseason, Zoom calls, and a bunch of unknowns. This year with a handle on COVID, it's back to business.

"I feel like with the guys we brought back we are out there communicating in practice," Buffalo safety Micah Hyde said. "The preseason games we were out there having fun, flying around and doing those type of things, so I feel great just as a defense, where we are at, but we have to go out there on Sunday and show it."

The Bills are three days away from regular season play and eager to run it back as AFC East champions.

With Pittsburgh coming to town, the competition starts tough week one.

The Steelers have won five of the last six matchups in Buffalo, even though the Bills won at home last year.

With a future Hall of Fame quarterback in Ben Roethlisberger, this game will come down to the Buffalo defense with a big emphasis on the defensive line.

"I think it’s a very good opponent we are going to have to play week one and I think its going to be a good test for us to show where we're at," Hyde said. "You know playing a guy like Ben Roethlisberger that’s been around and seen every single look on defense we're not going to surprise him out there.

Tackling is something that Bills defensive coordinator Leslie Frazier said has been a key component they've worked on throughout training camp.

"When we started OTAs and put together the offseason program, we put a big emphasis on tackling," Frazier said. "We thought it would help our run defense as well. That was the big thing we harped on.

"We looked at some numbers, and we felt like that was an area if we got better at it, we would be much better in other areas as well like yards after catch and yards after contact in the run game. In the preseason we had fewer missed tackles, and hopefully that carries over into the season."

Sounds small, but it's the fundamentals that win games.

As for the defensive line rotation, Frazier said he has an idea of how they're going to do things with this first game but it will evolve as the season goes along.