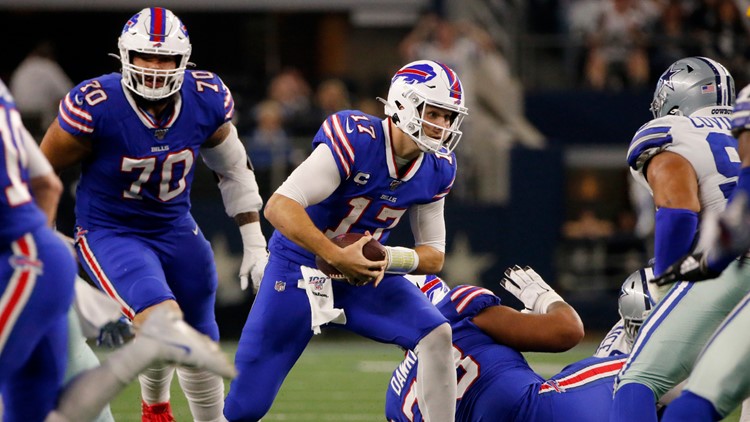 Photo by: AP
Buffalo Bills offensive tackle Cody Ford looks on as quarterback Josh Allen scrambles out of the pocket and away from Dallas Cowboys defensive end Christian Covington, right.

BUFFALO, N.Y. — A week after the Buffalo Bills season ended in Houston, a Bills player is being fined for unnecessary roughness.

Ian Rapoport from the NFL Network announced Saturday morning that Bills right tackle Cody Ford is being fined for the controversial illegal blindside block, which happened during the wild card game.

The block knocked the Bills out of field-goal range, causing the team to punt. And now a week later, Ford has been fined $28,075 for unnecessary roughness.

Members of the Bills Mafia have taken to social media to express their irritation regarding the fine. One fan even organized a GoFundMe page to help pay for it, saying, "This block should have never been a penalty. Now, to add insult to injury he gets fined!"

Ford acknowledged the GoFundMe page on Twitter, thanking fans for their love and support. Ford says he is going to donate all of the proceeds from the page to a local Buffalo charity.