The Cardinals rally to hand the Bills a 32-30 loss in the final seconds of the game. 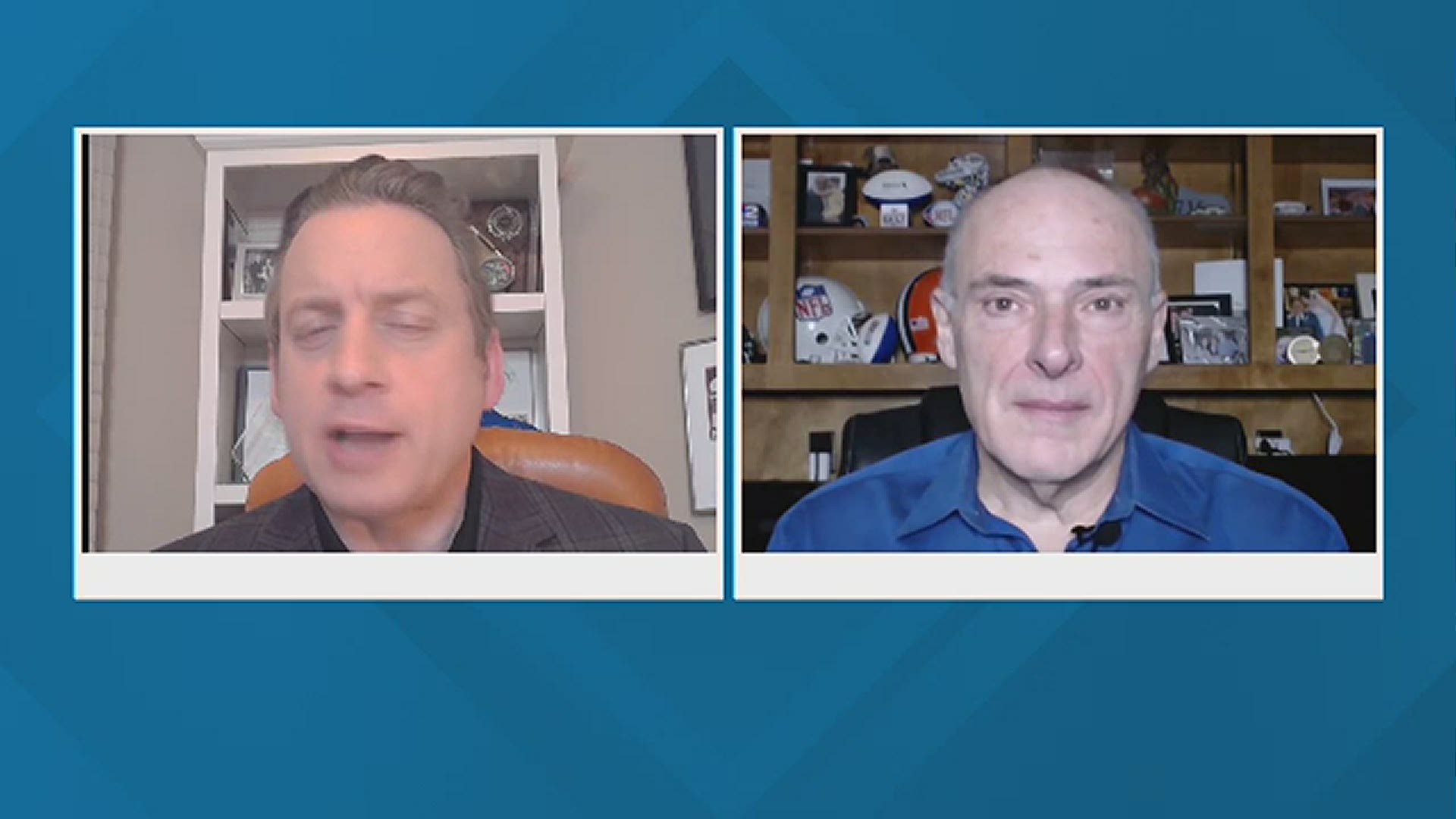 -The Cardinals are able to drive the length of the field impressively gaining 57-yards on the ground.  The Buffalo defense was able to defend the end zone however with rookie seventh round pick Dane Jackson defending against Arizona receiver DeAndre Hopkins.   Cardinals settle for a field goal and lead 3-0.

-The Bills respond by getting on the board with a seven play 63-yard drive that included a 31-yard pass/run from Josh Allen to John Brown.  Buffalo capped the drive with a trick play.  Isaiah McKenzie running right and throwing back left to Allen who took it in for the 12-yard touchdown and a 7-3 lead for Buffalo.

-Bills linebacker  A.J. Klein, who had a big game last week against Seattle after struggling at times earlier in the season, comes up with a big stop on third down forcing the Cardinals to punt.

-The Bills defense is able to sack Arizona quarterback Kyler Murray on third down who eluded the rush several times, but wasn't able to find a receiver downfield.  The Cardinals settle for a 42-yard field goal from Zane Gonzalez to cut the Bills lead to 10-6.

-A delay of game penalty creates a 3rd and 15 situation for Buffalo.  Allen connects with Isaiah McKenzie for a short gain but Tyler Bass is left to attempt a 55-yard field goal.   Bass connects an the career long attempt, extending the Buffalo lead  to 13-6.

-The Cardinals are able to convert on 4th and 5 and 3rd and 13 before Jordan Poyer nearly intercepts a Kyler Murray pass on 3rd and goal from the 3.  Gonzalez is able to kick the short 21-yard field goal to cut the Buffalo lead to 13-9.

-Before the half ends, the Bills are able to set-up Tyler Bass on a 58-yard field goal attempt and he is able to connect, eclipsing his career long on the previous attempt, and giving Buffalo a 16-9 lead at halftime.

-The Bills open the second half with a drive that stalls near midfield and they have to punt for the first time in the game.

-The Cardinals Kenyan drake coughs up the football on a fumble forced by Taron Johnson and recovered by rookie CB Dane Jackson giving Buffalo the football in Cardinal territory.

-The Bills are able quickly capitalize capping a three-play 36-yard drive with a 22-yard touchdown strike from Allen to Cole Beasley giving Buffalo a 23-9 lead.

-The Cardinals find the end zone for the first time in the game.  Kyler Murray with a 1-yard TD run capping a 9-play 75-yard drive and cutting the Bills lead back to a touchdown at 23-16.

-The Bills aren't able to move the football, and Corey Bojorquez shanked a punt that wound up going as a 12-yarder and giving the Cardinals the ball at the Buffalo 30.

-The Buffalo defense rises to the occasion and forces the Cardinals to settle for a 45-yard FG from Zane Gonzalez.  The Bills still with a 23-19 lead with 3:05 left in the 3rd quarter.

-Josh Allen is picked off by Patrick Peterson on a ball over the middle of the field giving the Cardinals the chance to take the lead.

-The Cardinals Kyler Murray with a 15-yard TD run (his second TD run of the game) gives Arizona a 26-23 lead over the Bills with :08 left in the third quarter. Caps a 3-play 56-yard drive off the Peterson interception of Josh Allen.

-The Bills offense fails to move the football effectively.  Allen completes a pass under heavy pressure to Devin Singletary, but he is stopped well short on 3rd and 11.   Buffalo has to punt and the Cardinals, with the lead, start a drive at their own 32-yard line.

-Jordan Poyer comes up with an interception on a pass that deflects off the hands of Arizona receiver Larry Fitzgerald.

-The Bills were penalized four times on the ensuing drive for 35-yards that ultimately forced them to punt.  Josh Allen connected with Stefon Diggs on 3rd and 33 but came up well short of the first down.

-The Bills defense forces a punt, but Allen and the offense isn't able to take advantage as Dre Kirkpatrick intercepts Allen.  That was Allen's second interception of the game and seventh of the season.  The Bills defense is able to foce another punt to start a drive at it's own 22-yard line.

-Josh Allen and the Bills put together an impressive scoring drive of 12-plays and 78-yards that featured heavy targeting and production from receiver Cole Beasley.  Allen capped it with a 21-yard TD strike to Stefon Diggs with :34 left in the game giving Buffalo a 30-26 lead.

-The Cardinals rally and win the game in miraculous fashion.  They move 75-yard in four plays over :32.  Kyler Murray connects with DeAndre Hopkins on a hail mary attempt with :02 left for the game winning touchdown.  Hopkins came down with the ball with several Bills defenders in position to break up the pass.