Bills' Beane: it will be hard not to have first-round pick

The Bills will partner with the United Way to raise awareness and fundraising to help with COVID-19. 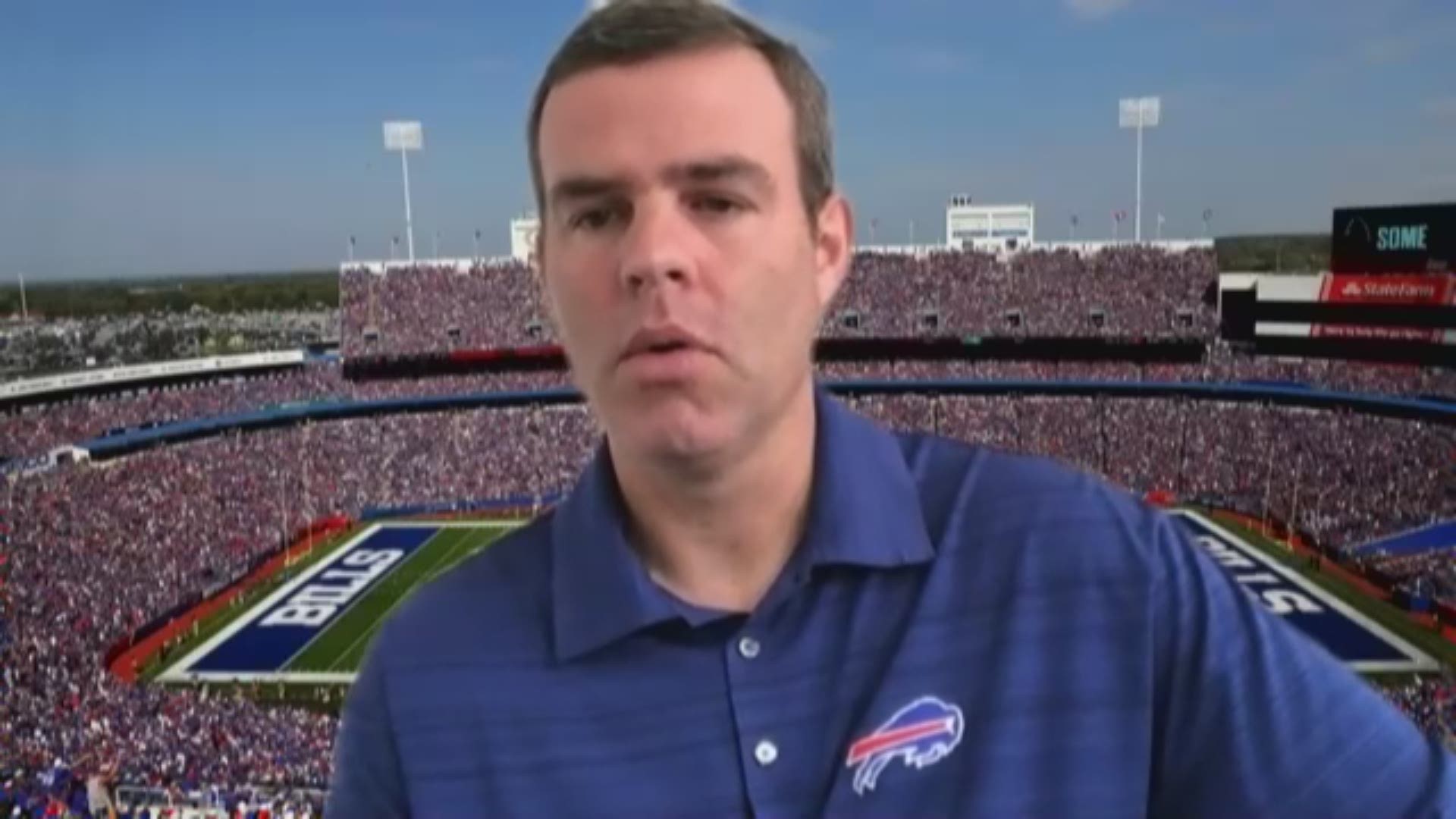 ORCHARD PARK, N.Y. — Buffalo Bills general manager Brandon Beane spoke to the media Thursday morning via zoom chat. The coronavirus pandemic has impacted every facet of life, including the NFL and the Bills.

Beane said of COVID-19 crisis, "This is bigger than sports. We've got to do the right thing."

He added Monday that the Bills will partner with the United Way to raise awareness and fundraising to help with COVID-19.

Beane has been a busy man since the NFL calendar year began. His biggest move was trading with Minnesota for wide receiver Stefon Diggs. The Bills sent the Vikings this year's first round draft choice, this year's fifth and sixth-round picks and next year's fourth round selection and a seventh-round pick in this year's draft.

While that may seem like a steep price, the Bills acquired a top-quality wide receiver who becomes the number one target for third year quarterback Josh Allen. Beane expects Allen to continue to improve.

"I have confidence in Josh Allen. He won’t leave any stone unturned. He’s his own toughest critic. He took a big step in year two and I believe he’ll continue to grow," Beane said.

While Diggs made it clear he wanted out of Minnesota, that wasn't an issue for Beane.

Beane said he wanted a premiere wide receiver who could walk in and be ready from day one. That's why he made the trade for Diggs instead of trading up in the first round. He said he didn't think the draft capital moved in the deal would have only gotten him up about four spots in the draft, not high enough to land a top flight receiver, so he's looking at Diggs as the Bills first round pick.

The Bills GM added it will be hard not having a first round pick but said he will be playing Stefon Diggs highlights when the 22nd pick comes around.

Right now, the NFL draft is still scheduled for the 23 through the 25, but how its going to be conducted is still up in the air. The league is still going through how it will be set up.

While there remains uncertainty in how the year will play out for the NFL, Beane is grateful he's been able to work while many other sports leagues have been shut down.

"I'm a guy who is stressed when I’m not stressed. I’m happy to be working. It’s been a good distraction and given us something to focus on," Beane said.

With Tom Brady having departed from the Patriots, many pundits are now saying the Bills are the favorites in the AFC East. Beane isn't buying into that.

"I didn’t expect Tom Brady to leave NE. I will miss us playing against him. You always want to take down the best and now we won’t have that chance. I think it’s comical that people are writing off the Patriots. The team to beat in the division is the Pats. I think it's funny and comical that people are writing the Patriots off as long as Belichick is there, until we beat them, we've done nothing," Beabe said.

Like everyone else Beane's personal life has been impacted by the COVID-19 pandemic.

"I haven't had as many lunches and dinners with my wife and kids since they've been born. I'm looking at the positives in this," he said.