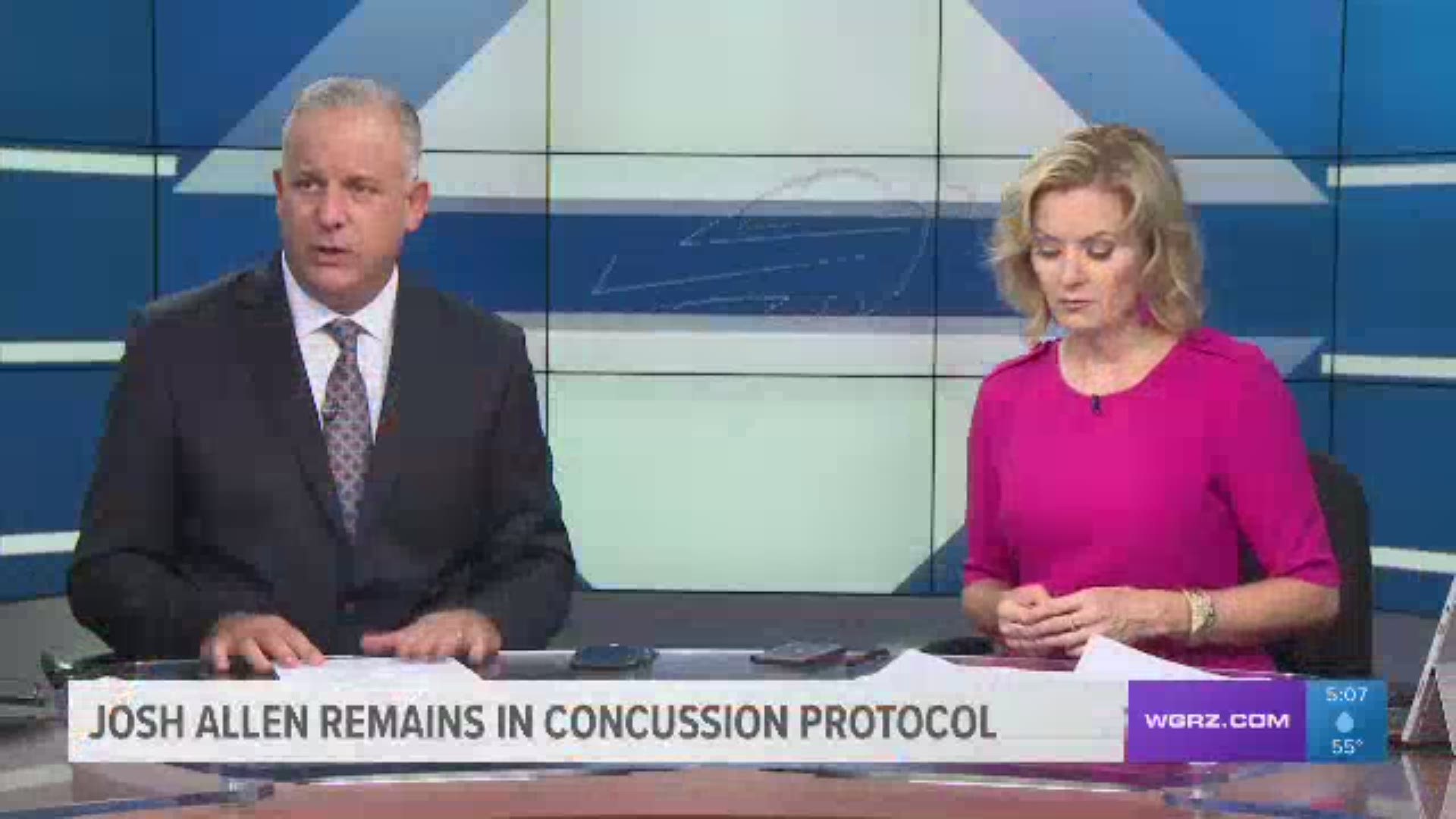 “We’ll get them both ready (back-up Matt Barkley as well) as much as we can… but with Josh being in the protocol he’ll do some drill work out there… some individual drill work.”

There was no change in Allen's status on Thursday. The Bills did release offsensive tackle Conor McDermott opening a roster spot. If Allen can't go and Matt Barkley starts the Bills might activate quarterback Davis Webb from the practice squad.

McDermott is limited from commenting by NFL policy regarding concussion protocol, but the plan suggests Allen has advanced to step four of five of the league’s protocol which is as follows:

Step 1: Rest and recovery until symptoms return to “baseline status.”

Step 3: Advanced aerobic exercise and strength training that can “mimic” activities of the sport.

Step 4: Football specific activities that are non-contact and include throwing, stretching, and running.

Step 5: Full football activity when a player is cleared by team physician and a neurological consultant.

Allen was knocked out in the fourth quarter of Sunday’s 16-10 loss to the New England Patriots on a helmet to helmet hit from defensive back Jonathan Jones.

Back-up Matt Barkley went 9/16 for 127-yards and an interception in the fourth quarter against the Patriots. Barkley threw for 232-yards and 2 TDs in a 41-10 win over the Jets last season.