Bills' Allen continues to grow as a team leader 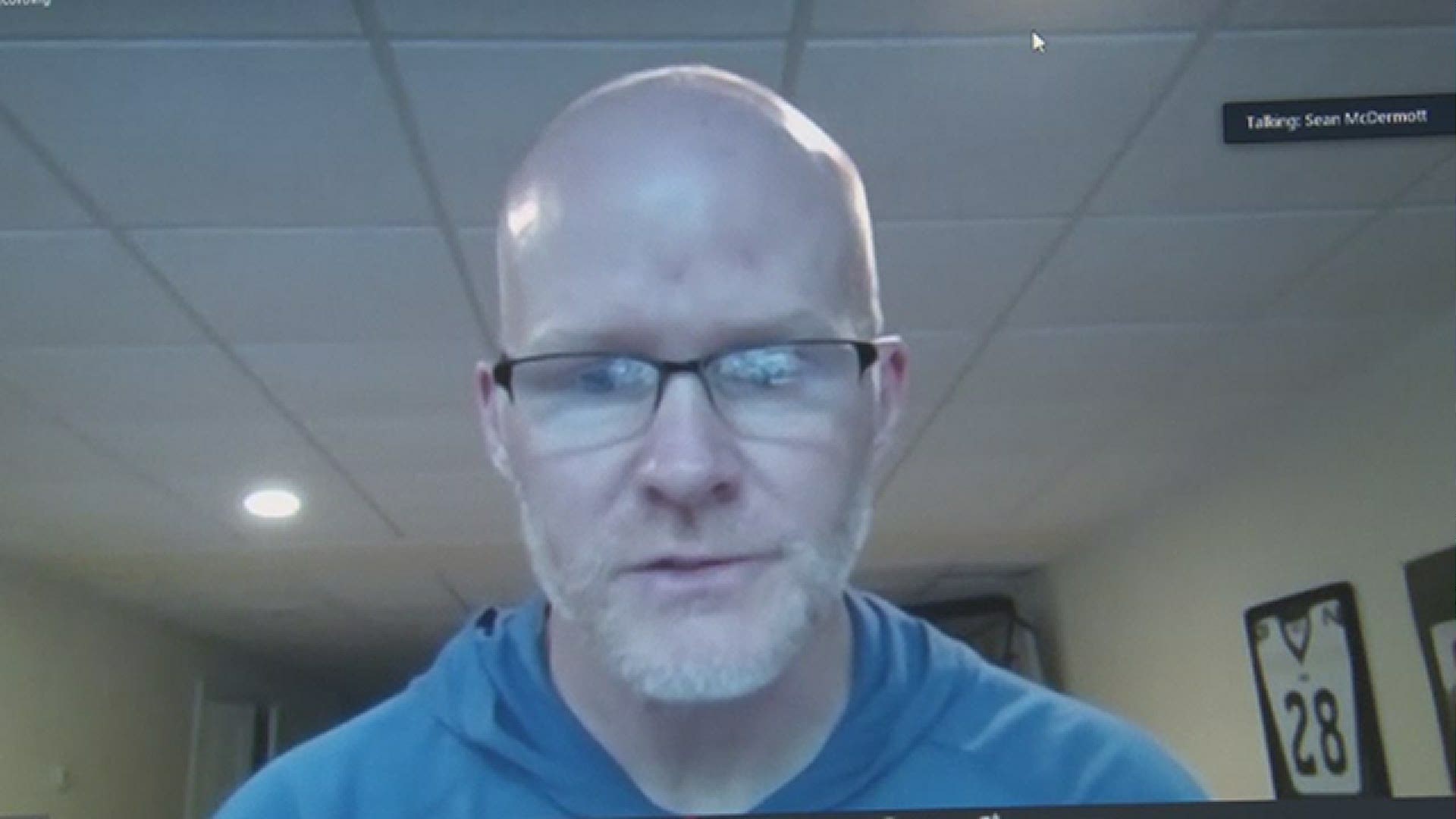 BUFFALO, N.Y. — Although he can't be there, Bills head coach Sean McDermott was very happy to see pictures of a number of his offensive players working out in Miami.

McDermott credited all the quarterbacks, not just starter Josh Allen, with making it happen.

“That was driven by our players, and driven by Josh Allen and the quarterback position. The neat thing about that was that so many guys showed up, just outstanding. A big step for Josh Allen and his leadership,” McDermott said.

Allen and the quarterbacks were joined by newly acquired wide receiver Stefon Diggs, fellow wide receivers John Brown and Cole Beasley, and a number of other offensive players including lineman Dion Dawkins.

It was chance for the quarterbacks and wide receivers and in fact the entire group to build some chemistry.

McDermott did say Allen continues to make strides as a leader and not just on the field either.

"I try to spread myself around, but I do spend some time in that quarterback room and Josh’s, No. 1, an example, to the other guys."

#Bills McDermott: Josh Allen was driving force behind organizing recent workouts in Florida... a big step for Josh Allen in his leadership. It's a great example of what our world needs to look like. Guys together.. hands on shoulders. That's a great snapshot for America. @wgrz

RELATED: Buffalo Bills' McDermott 'disgusted and ashamed' of the murder of George Floyd

RELATED: Michael Jordan: 'We have had enough'