Benigni: What if the Bills had drafted Mahomes in 2017 draft?

Sure, Buffalo could've taken Kansas City's Super Bowl quarterback with the 10th pick in 2017. But consider what the Bills have done with what they got in return. 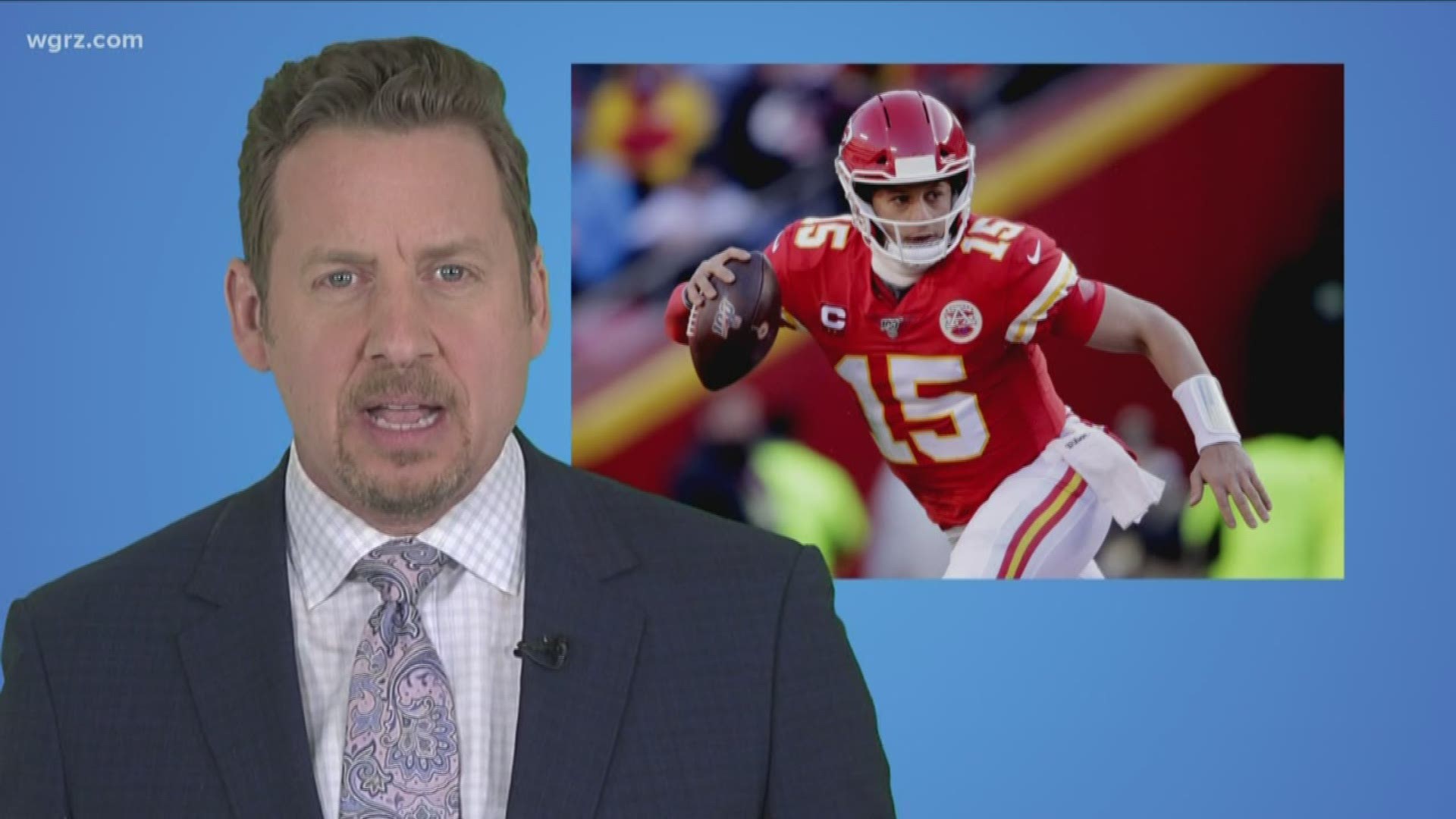 BUFFALO, N.Y. — A tough pill to swallow for the Bills Mafia might be seeing Patrick Mahomes play in the Super Bowl on Sunday.

After all, the Bills are a big reason he's playing for the Kansas City Chiefs.

Some people might say it's a missed opportunity for Buffalo. But is it necessarily a terrible deal?

What if the Bills had drafted Chiefs quarterback Patrick Mahomes with the 10th overall pick back in 2017? Well, you have to consider what the Bills have done with what they got in return.

They traded that pick to Kansas City, who used it on Mahomes, which brings us to this Super Bowl. But start by considering the circumstances back when that deal went down.

Sean McDermott, from a defensive background, had just taken over as head coach. General manager Brandon Beane hadn't been hired yet, and former GM Doug Whaley was on his way out the door as soon as that draft was done.

Was McDermott ready to draft a franchise quarterback right away? In his first move? On scouting info that wasn't his from a lame-duck GM?

Add to that he wanted to figure out what he had in then-quarterback Tyrod Taylor, and cornerback Stephon Gilmore had just bolted in free agency to the New England Patriots.

McDernott decided to trade down, drafting cornerback Tre'Davious White, who is now an All-Pro, with the 27th overall pick in 2017.

As part of that deal the Bills also got a third-round pick, which was No. 91 overall, and Kansas City's first-rounder in 2018.

The Bills wound up using that third-rounder to move up and draft receiver Zay Jones, who wound up being a bust. But as part of that deal, the Bills picked up another pick that they used to make a move to draft their current left tackle in Dion Dawkins.

Then fast forward to 2018. That other first-round pick from Kansas City, 22nd overall, Beane used that as part of a deal to move up and draft linebacker Tremaine Edmunds with the 16th overall pick in the first round, on the heels of the deal to go up and get quarterback Josh Allen.

So for the the Bills, without Mahomes, the cupboard is far from bare.

RELATED: Confirmed: Bills to stay in Orchard Park through at least 2023