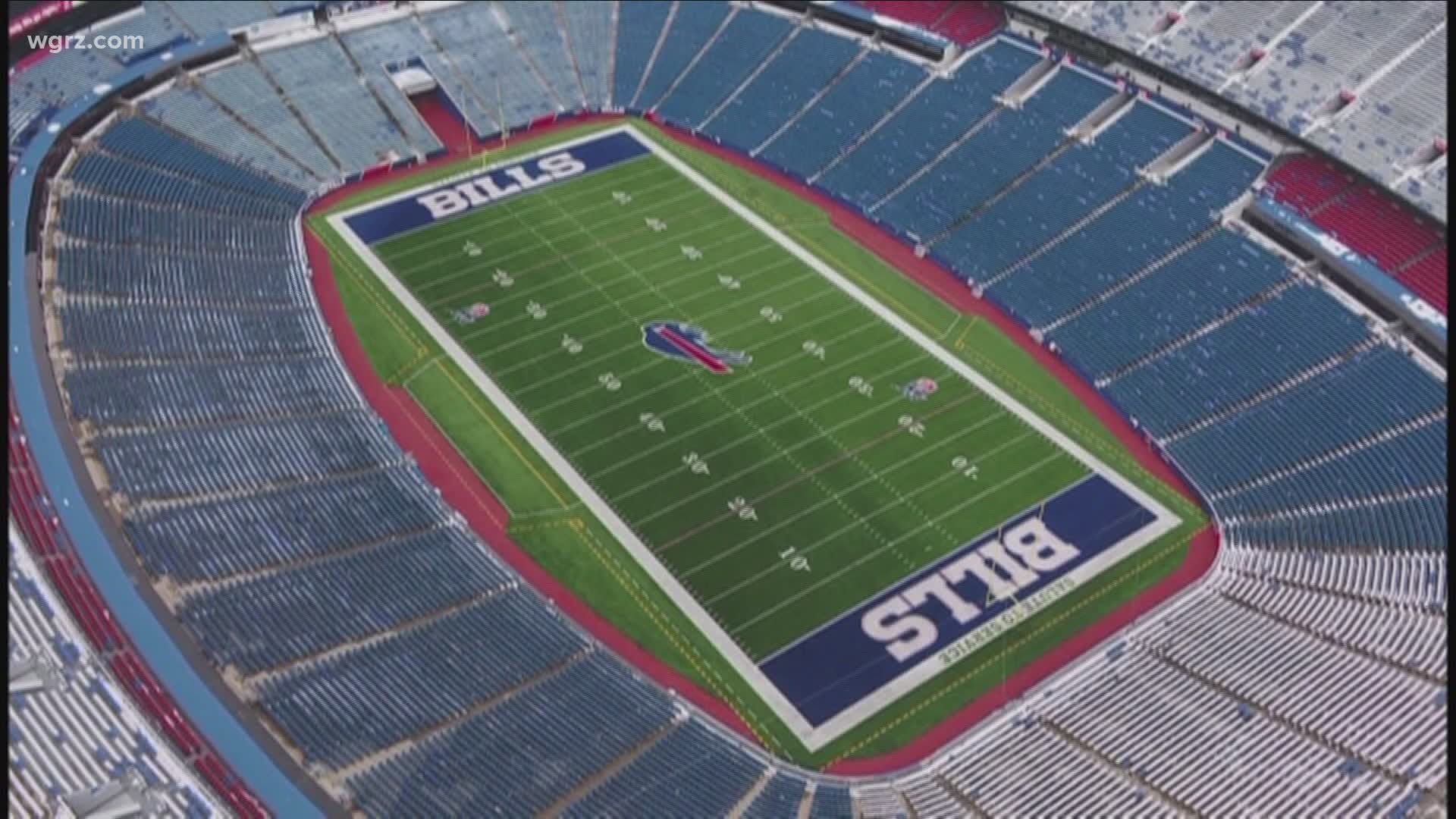 BUFFALO, N.Y. — Another NFL Sunday has passed and there is still no definitive word on when, or if, fans might be allowed to attend Buffalo Bills games this season, which is fast approaching the halfway mark.

It was back on September 30 that Governor Andrew Cuomo said that he would "soon" tour Bills Stadium, and meet with team brass to discuss their plan to let a limited number of fans attend games in Orchard Park, like several other teams around the NFL are doing.

"I can, however, assure everyone that the conversations are going on," Hochul told WGRZ-TV on Monday.

Hochul also raised, for the first time publicly, that the the governor might be weighing whether or not he really needs to come here and personally inspect the stadium after all.

"There's a lot of conversation going on so we get all the data to make the right decision," Hochul said. "And whether or not his physical presence here is required here before a decision is made."

The Bills have five home games left in their regular season, three in November, and two in December.