He finished with 417 yards and four touchdowns and became the first Buffalo quarterback to have back-to-back 300-yard games since Drew Bledsoe in 2002. 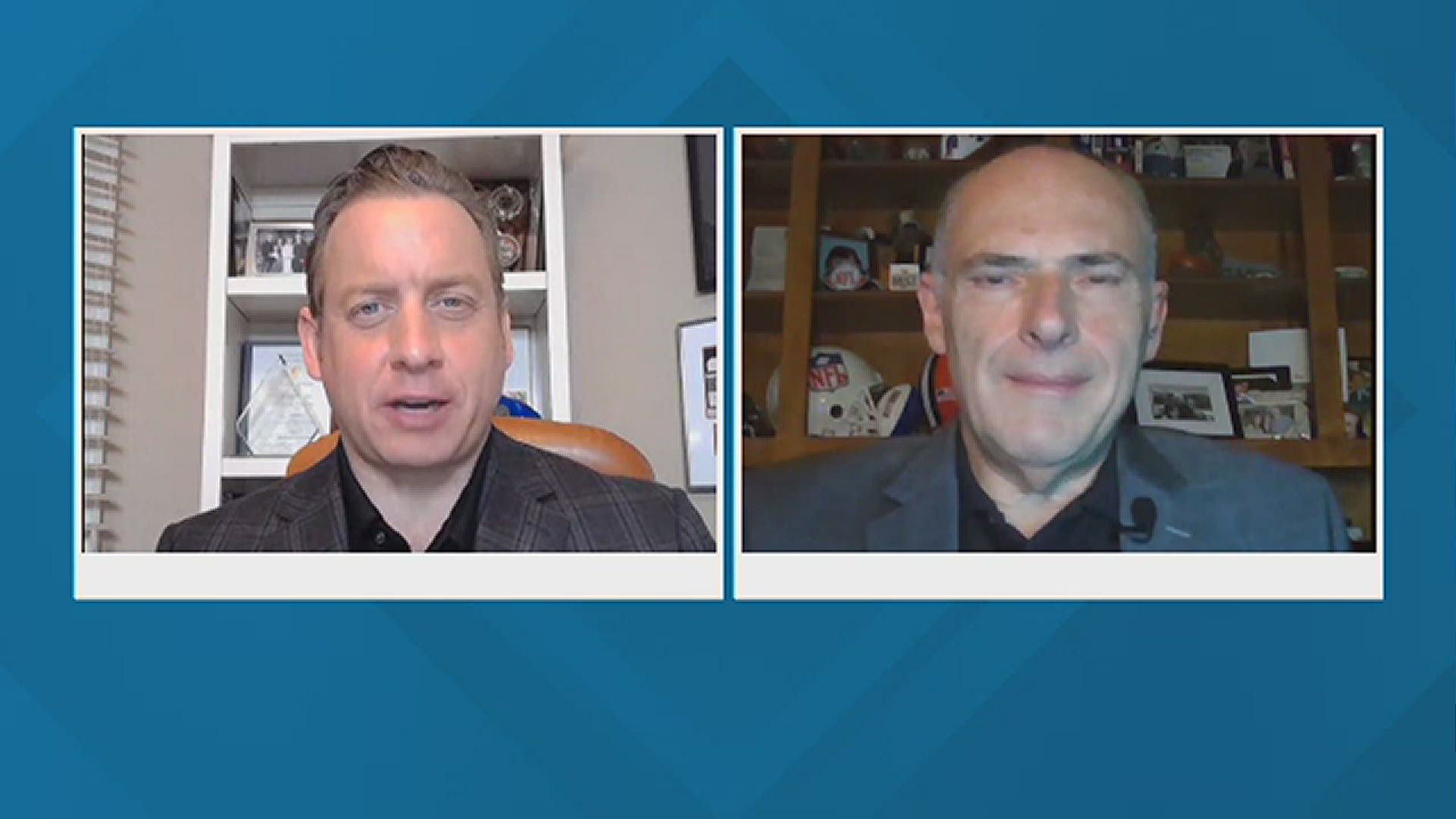 Allen reached a career high in yards passing for the second week in a row, and became the first Buffalo quarterback to have back-to-back 300-yard games since Drew Bledsoe in 2002.

Trailing 20-17, the Bills (2-0) reclaimed the lead on a 6-yard pass from Allen to rookie Gabriel Davis, who made a diving catch in the end zone.

#Bills Allen to John Brown for TD. If at first you don't succeed... try again... on the next damn play. @wgrz

It was frustrating for Bills fans watching at home, though, at one point during the first half.

The game broadcast at Hard Rock Stadium suddenly went dark when the score was tied 7-7.

CBS said the broadcast experienced technical difficulties for about 20 minutes due to a power outage that affected part of the stadium.

In the meantime the network made the decision to switch over to a game featuring the Denver Broncos and Pittsburgh Steelers while the outage continued in South Florida.

For Bills fans, this meant missing Buffalo's second touchdown. A 22-yard pass from Josh Allen to Stefon Diggs, his first touchdown as a Bill. The stream didn't come back until the second quarter.

2 On Your Side's Adam Benigni had reached out to the NFL to see if they considered delaying the game until the issue was resolved.

The game was later delayed after halftime due to lightning.