The political parody signs are spreading throughout Buffalo and beyond. 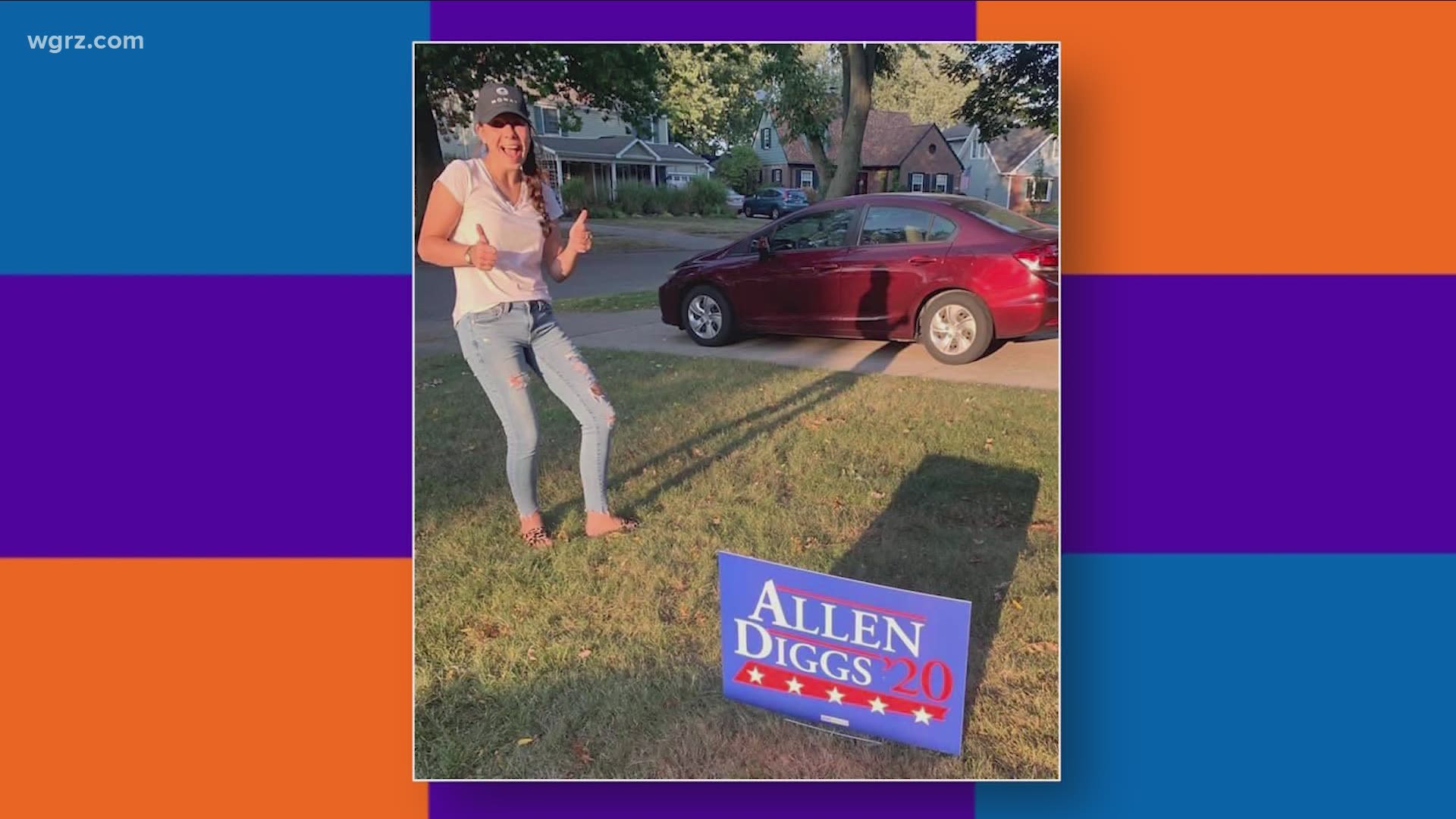 It seems Bills fans are putting their political differences aside this election season and uniting to support a common campaign — Allen-Diggs 2020.

The red, white, and blue parody signs show support for Bills quarterback Josh Allen and wide receiver Stefon Diggs, neither of whom are actually old enough to actually run for president.

Zoom, a printing and graphic design company on Main Street in downtown Buffalo, has made and sold thousands of the faux campaign signs since the start of the Bills season.

And as the team's record improves, so do sales.

"Every time one gets sold, it promotes itself. Someone sees it. They see where they get it. They want one. They get it. Every neighborhood's got 'em," said Josh Federice, the Zoom designer who came up with the idea for the parody campaign signs.

Zoom owner, Rory Allen (no relation to the QB), said the signs are a nice way for people to take a breather from a heated election season and support a common cause — Buffalo's favorite football team.

"There's nothing that unites this town more than football," said Allen, who also made a 34' long Allen-Diggs sign that's hanging from his RV behind his business.

You can order a sign online on Zoom's website. Signs are $19, but the price drops if you order in bulk.