The Niagara Falls native and former Canisius High School star was selected by the Atlanta Falcons in the 5th round of April's NFL draft. 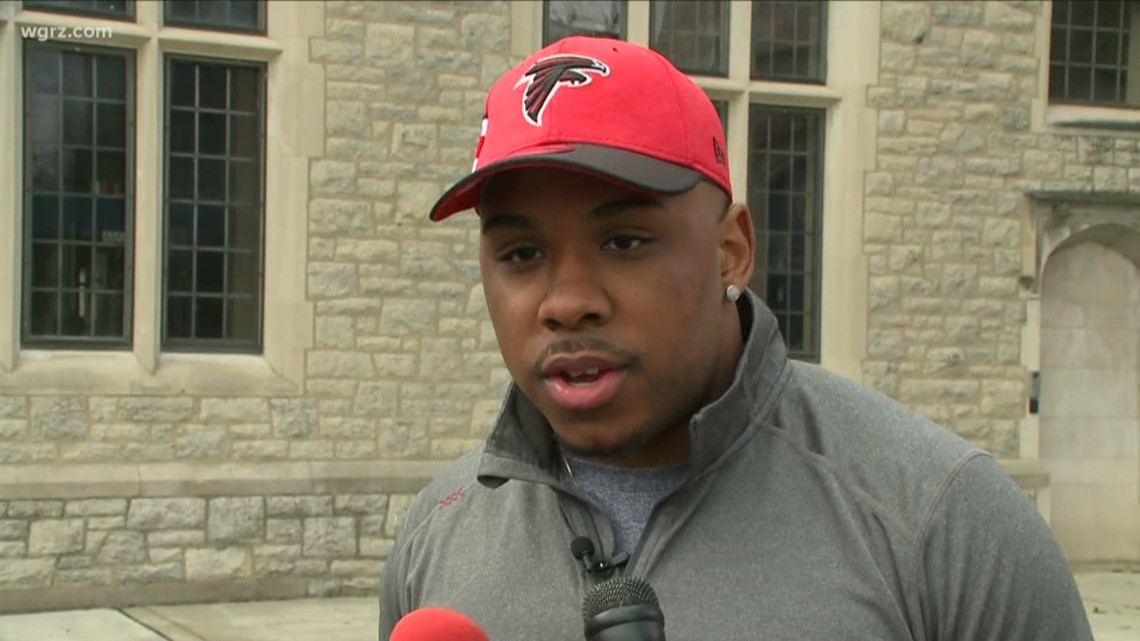 BUFFALO, N.Y. — When Qadree Ollison was selected in April's NFL draft, he knew it was simply the start, that more work needed to be done.

At least for Week 1, he's arrived. Ollison made the Falcons' 53-man roster as teams across the NFL trimmed their rosters to 53 players on Saturday.

Ollison recently wrapped up a prolific 52-game career at the University of Pittsburgh, where he ran for more than 2,800 yards and scored 32 total touchdowns.

Before all that, however, the Niagara Falls kid starred for Canisius High School in Buffalo, where he owns the school records for rushing yards with 4,147 and touchdowns with 57.