With the NFL Awards show tonight, our Julianne Pelusi explains by the numbers why contributor Vic Carucci had the right idea voting for Josh Allen as league MVP. 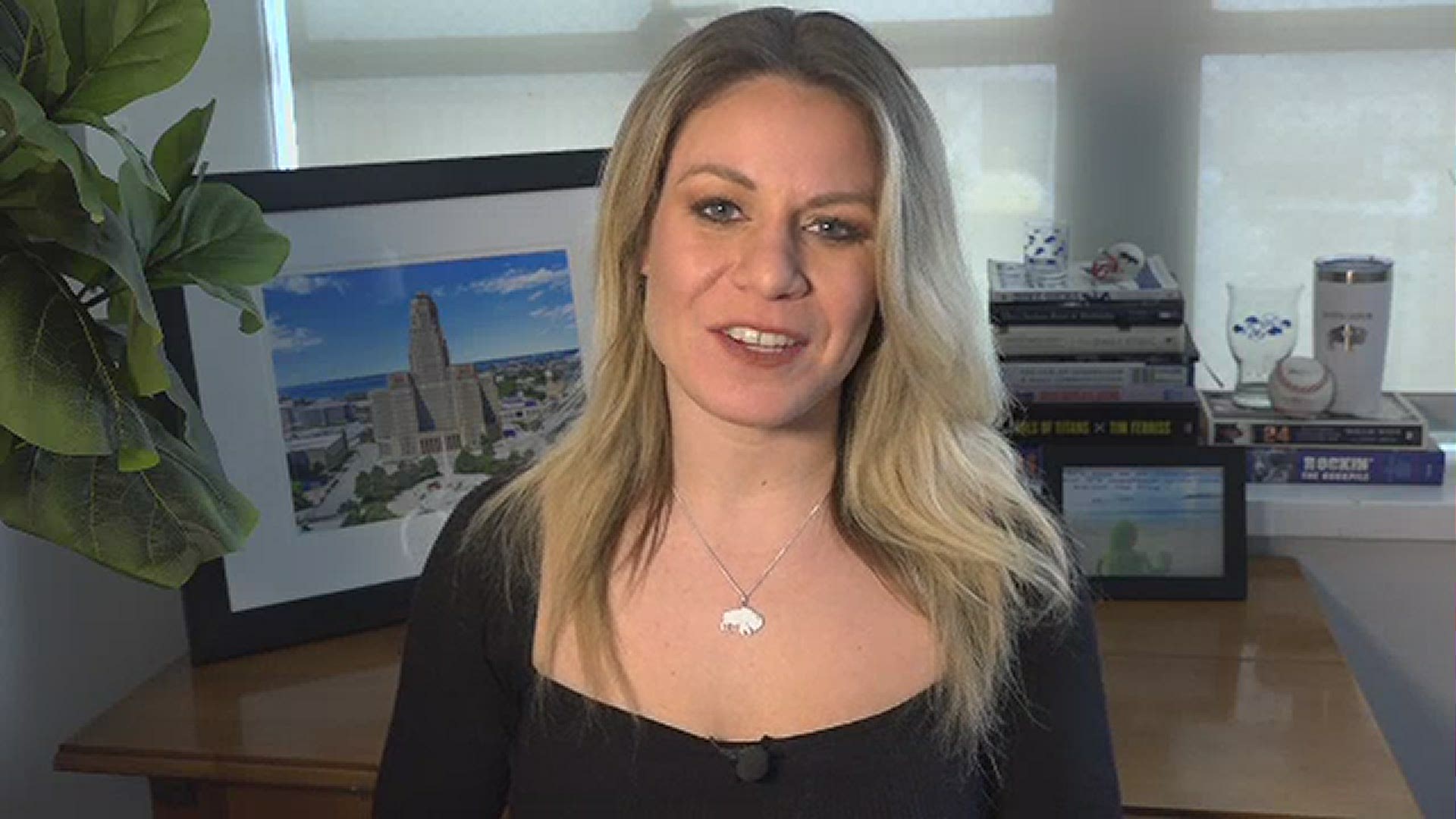 BUFFALO, N.Y. — With the NFL Awards show on Saturday night, now is the final chance we have to explain why Josh Allen should be named the league's Most Valuable Player

As we heard earlier this week, our Bills analyst Vic Carucci of The Buffalo News used his vote for the Bills quarterback.

"I voted for Josh Allen ... I stand by that vote. ... In fact, if anything, he enhanced his status as the MVP, through the fact that this team made it to the AFC championship game," Carucci said on Sports Talk Live.

The numbers back up Josh Allen. League-wide, he was second in total yards, behind Chiefs' quarterback Patrick Mahomes, and second in total touchdowns and completion percentage, behind Packers quarterback Aaron Rodgers, who is the favorite to win the award.

Among the Bills, Chiefs and Packers, the Bills had the worst rushing attack of the three teams, and good chunk of their productivity on the ground this season came from Josh Allen, himself.

Again, as Rodgers is the favorite to win the award, he might have had the most help. According to ratings by Pro Football Focus, Rodgers had by far the best offensive line of these three quarterbacks in the running.

Of course Stefon Diggs helped fuel the Bills offense this year, but all three of these quarterbacks' teams have a top-flight, number one receiver, and the Chiefs arguably have the best skill position talent in the NFL.

It's clear Josh Allen was able to do more with less, and isn't that what a Most "Valuable" Player is supposed to be?