The Falcons (11-2) had their triple option working to near perfection, grinding out 371 yards rushing while setting a Cheez-It Bowl time of possession record of 43:2 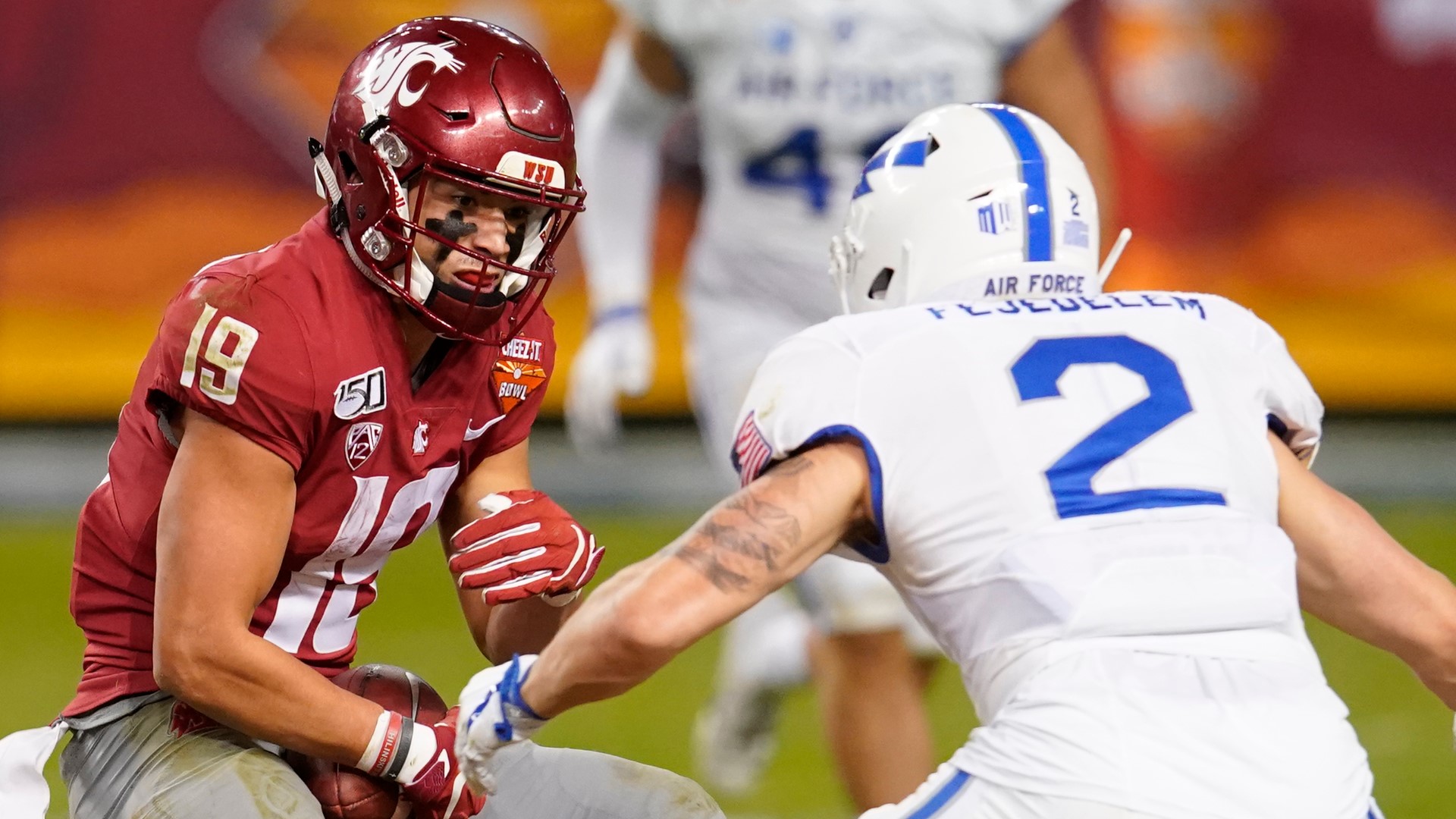 PHOENIX (AP) — Kadin Remsberg ran for 178 yards and stretched to the pylon for a 3-yard touchdown late in the fourth quarter, lifting No. 24 Air Force to a 31-21 victory over Washington State in the Cheez-It Bowl on Friday night.

The Falcons (11-2) had their triple option working to near perfection, grinding out 371 yards rushing while setting a Cheez-It Bowl time of possession record of 43:24.

Donald Hammond III scored two touchdowns and Remsberg had his fourth-down TD confirmed by review to help the Falcons close the season on an eight-game winning streak.

Anthony Gordon, the FBS passing leader, kept the Cougars within reach, throwing for 351 yards and three touchdowns. He hit Brandon Arconado on a 13-yard TD early in the fourth quarter to pull Washington State (6-7) within 24-21, but the Cougars had no answer for Air Force’s triple-option attack.

The 2018 game was dubbed the Cheez-INT Bowl after TCU and California combined for nine interceptions.

The Falcons like to stay grounded, running 57 times a game while finishing third in the FBS at 292.5 yards per game.

The Cougars love to fly, putting it up 56 times a game to lead the nation with nearly 450 yards a game.

Washington State started the Cheez-It Bowl quickly, racing down the field with a series of completions, only to get stuffed by an Air Force goal-line stand.

The Falcons’ opening drive was a yard-churning, clock-winding grind, covering 98 yards in 20 plays and 12:23. Hammond capped it with a 1-yard TD run.

The Cougars had two more quick-hitting drives to pull within 17-14 at halftime on Gordon’s two TD passes.

Air Force went right back to the ground to open the second half; 13 plays, 75 yards, capped by Hammond’s 7-yard TD run.

Washington State had another fourth-down failure, this one at Air Force’s 5-yard line, but bounced back quickly with Gordon’s TD pass to Arconado.

Washington State was hurt by the two failed fourth downs and its inability to decipher Air Force’s triple option.

RELATED: 'It's felt like a dream': Anthony Gordon's parents reflect on son's senior season at WSU