The Tigers had scored just 39 combined points in the last five meetings, but this was an entirely different offense. 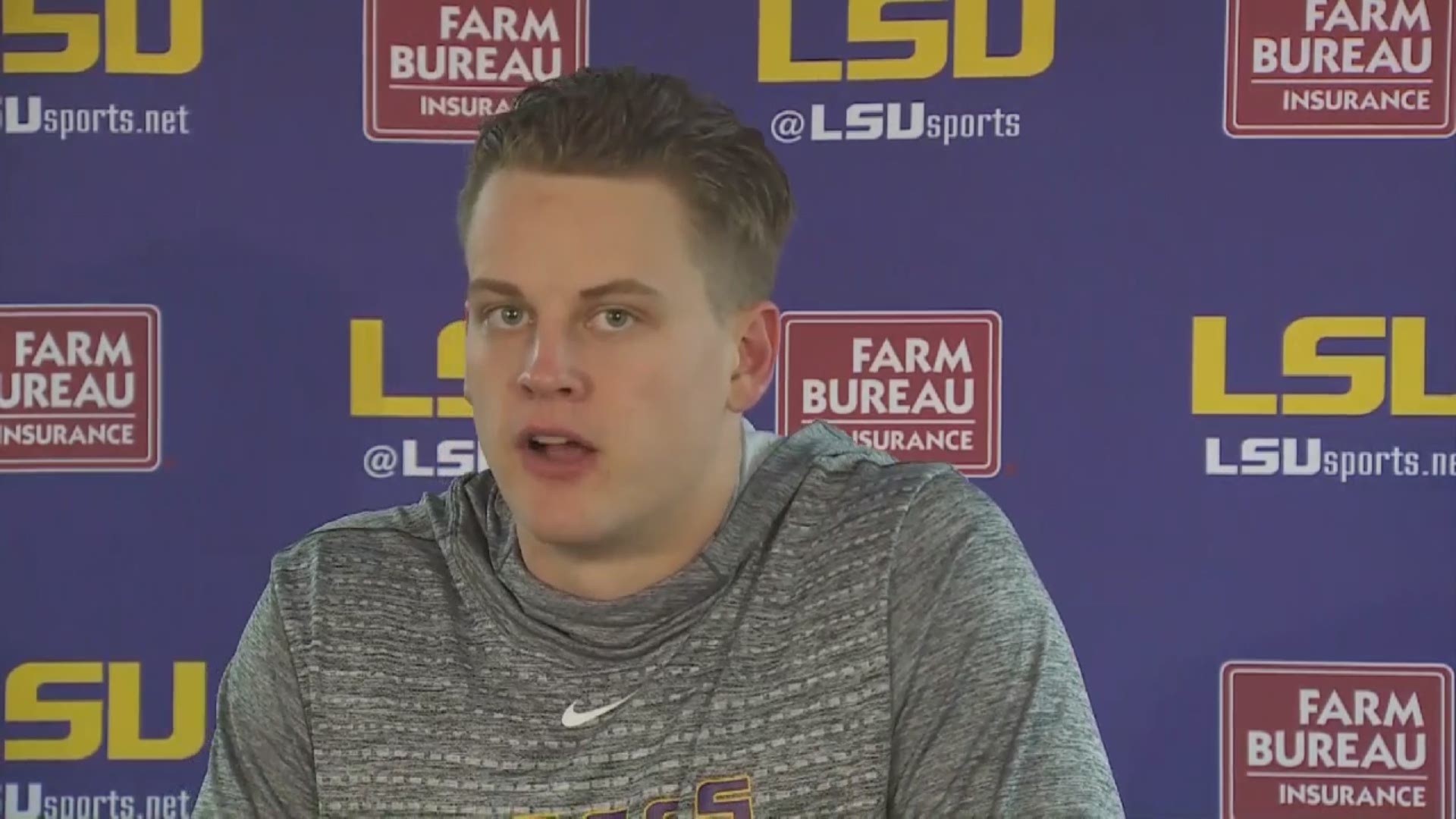 BATON ROUGE, La. — The Southeastern Conference announced Monday that LSU quarterback Joe Burrow and running back Clyde Edwards-Helaire are co-offensive players of the week following the big win over Alabama.

Burrow put on a masterful performance Saturday, passing for 393 yards and three touchdowns, answering challenge after challenge to end the eight-year string of futility against LSU's SEC rival.

The Tigers (9-0, 5-0 Southeastern Conference, No. 2 CFP) are no longer second fiddle in the SEC West, or maybe in the playoff rankings. And Burrow stamped himself as the Heisman Trophy front-runner with a gutty performance when he answered every challenge from 'Bama.

Burrow completed 31 of 39 passes. ran for 64 yards and was carried most of the way off the field by two teammates.

LSU outgained Alabama by a slender 559-541. The Tigers had scored just 39 combined points in the last five meetings, but this was an entirely different offense.

LSU is at Mississippi on Saturday night.

RELATED: Ed Orgeron's signature win was worth the wait, especially for him