James sat down for an exclusive interview with WKYC's Amani Abraham inside his I PROMISE School's new Kaulig Companies Media Lab. 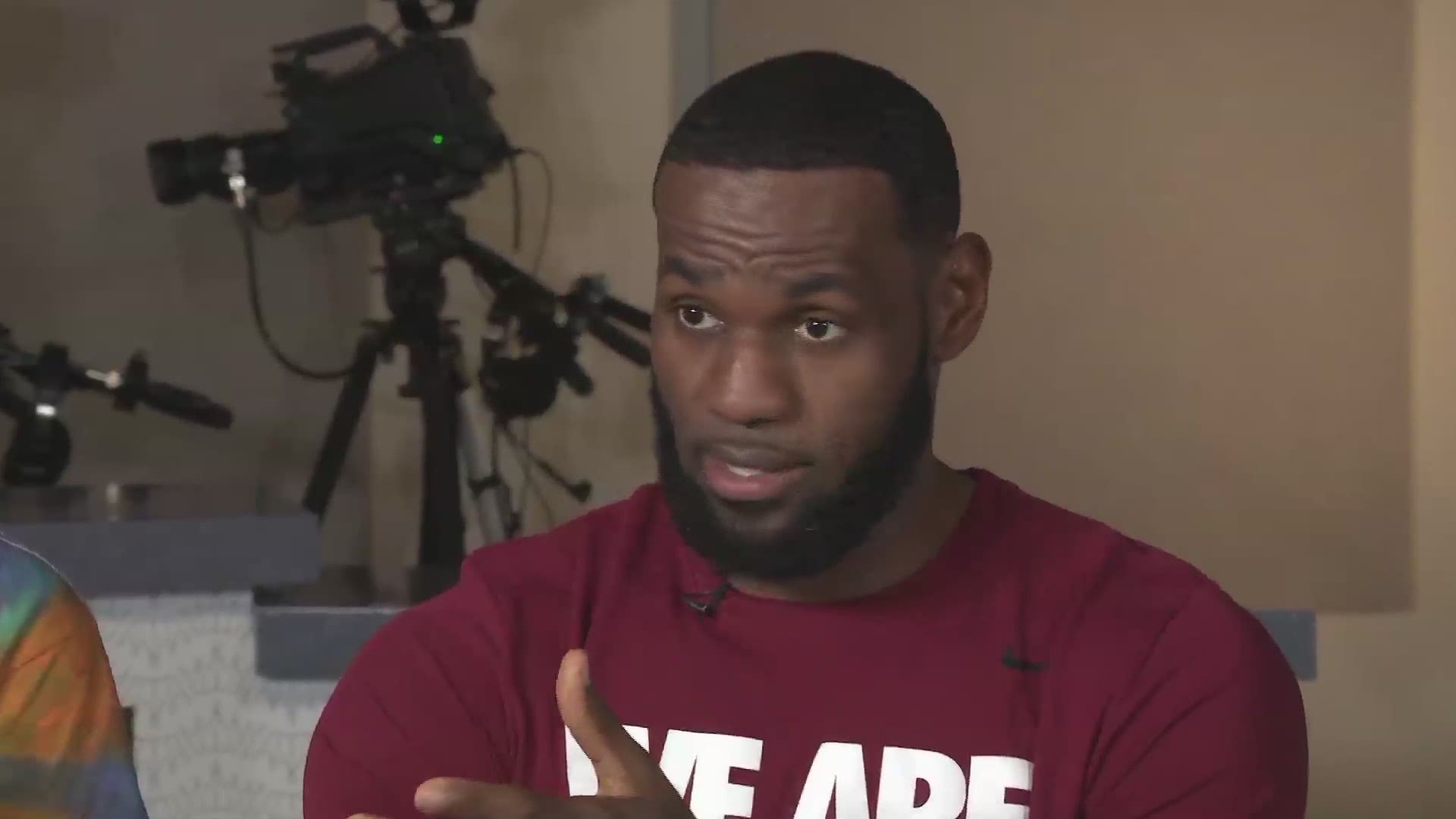 There are many sides to LeBron James: basketball legend, philanthropist, activist, the list is seemingly endless.

However, there is one side that James himself may see as most important: family man. In an exclusive interview inside the new Kaulig Companies Media Lab at his I PROMISE School in Akron, James discussed his role as a parent with WKYC's Amani Abraham.

EXCLUSIVE: LeBron James sits down with WKYC's Amani Abraham to discuss I PROMISE School, setting an example for kids

"It's an every day thing," he said. "It's not like I sit my kids down and be like, 'Listen, this is what I'm telling you, this is how you should do...' No. It's every day...You're teaching them the blueprint every day."

With one girl and two boys (including up-and-coming basketball player LeBron Jr. or "Bronny"), James believes parenting is about more than just explaining right and wrong. It's about setting an example of respect, and leading your kids to follow suit.

James says some of the "best complements" he gets are when fellow parents talk about how well-behaved his own children are, as it displays the fruits of his labor as well as how they act even when he's not around. As he puts it, though, he hasn't even shared everything he has to offer yet.

"I have a lot of gems to give," he said, "but I think it has to be spread across time and along the whole tier of [when] they're growing up, and not just give it to them all at once."