An investigation is underway after a noose reportedly was found in the garage stall of NASCAR's only Black driver at Talladega Superspeedway. 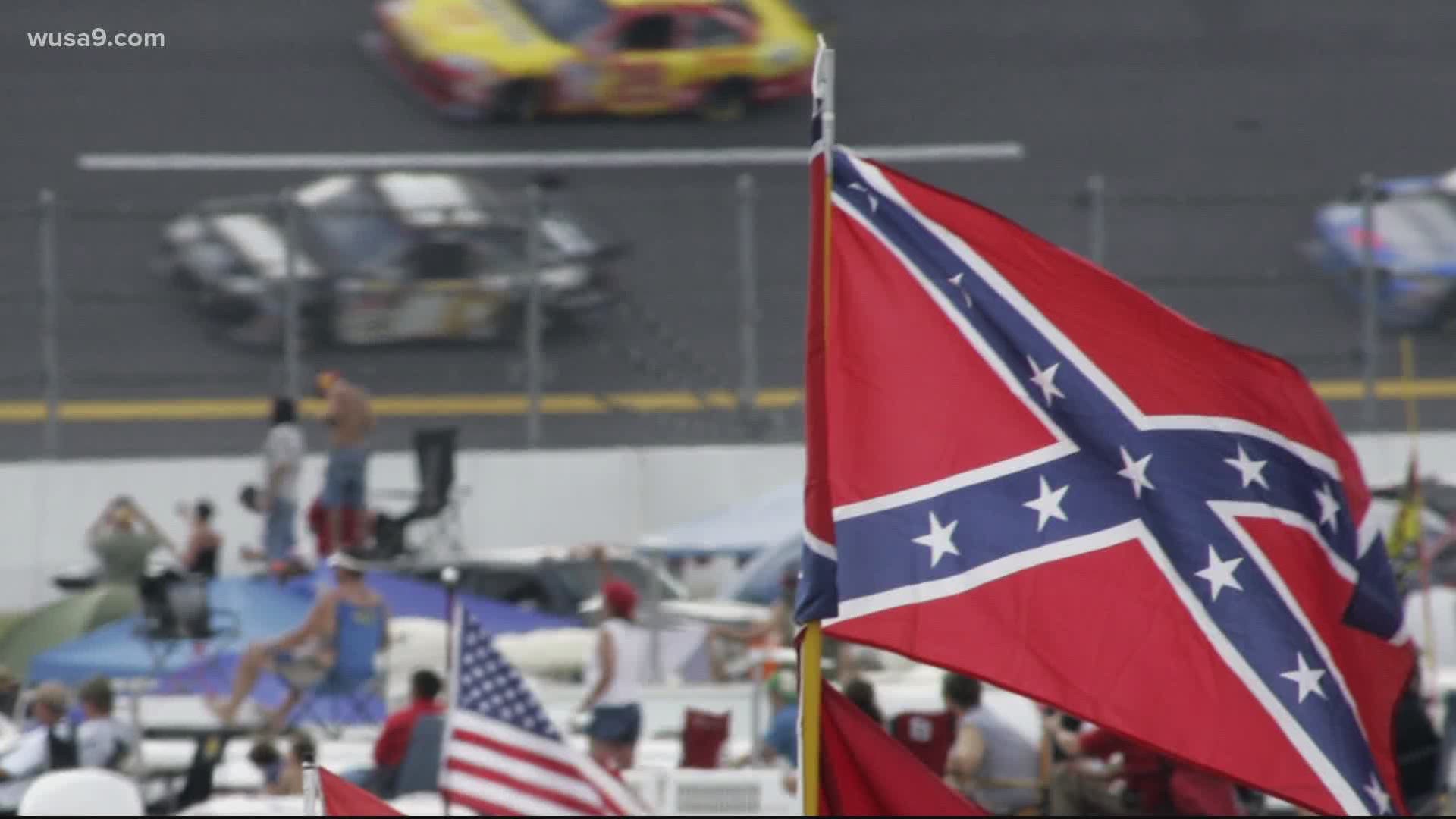 TALLADEGA, Ala. — NASCAR is launching an investigation after a noose reportedly was found Sunday in the garage stall of the sport's only Black driver, Bubba Wallace.

Several media outlets, including ESPN and USA Today, shared a statement from NASCAR late Sunday which says, in part, "... We are angry and outraged, and cannot state strongly enough how seriously we take this heinous act."

NASCAR said it launched "an immediate investigation" to determine who placed the noose at Talladega Superspeedway and "eliminate them from the sport."

Wallace published his own statement on Twitter, saying, "Today's despicable act of racism and hatred leaves me incredibly saddened and serves as a painful reminder of how much further we have to go as a society and how persistent we must be in the fight against racism.

"... Together, our sport has made a commitment to driving real change and championing a community that is accepting and welcoming of everyone."

Wallace earlier this month called upon NASCAR to ban the Confederate flag at its events. Days later, it did just that.

But people were seen waving Confederate flags at Talladega, and there was a plane that pulled a banner featuring the flag and the words "Defund NASCAR."