Toronto Blue Jays could play games in Buffalo this summer

Last season, the team played all their games at Sahlen Field in Buffalo, this year the Blue Jays are flying south for the beginning of baseball season. 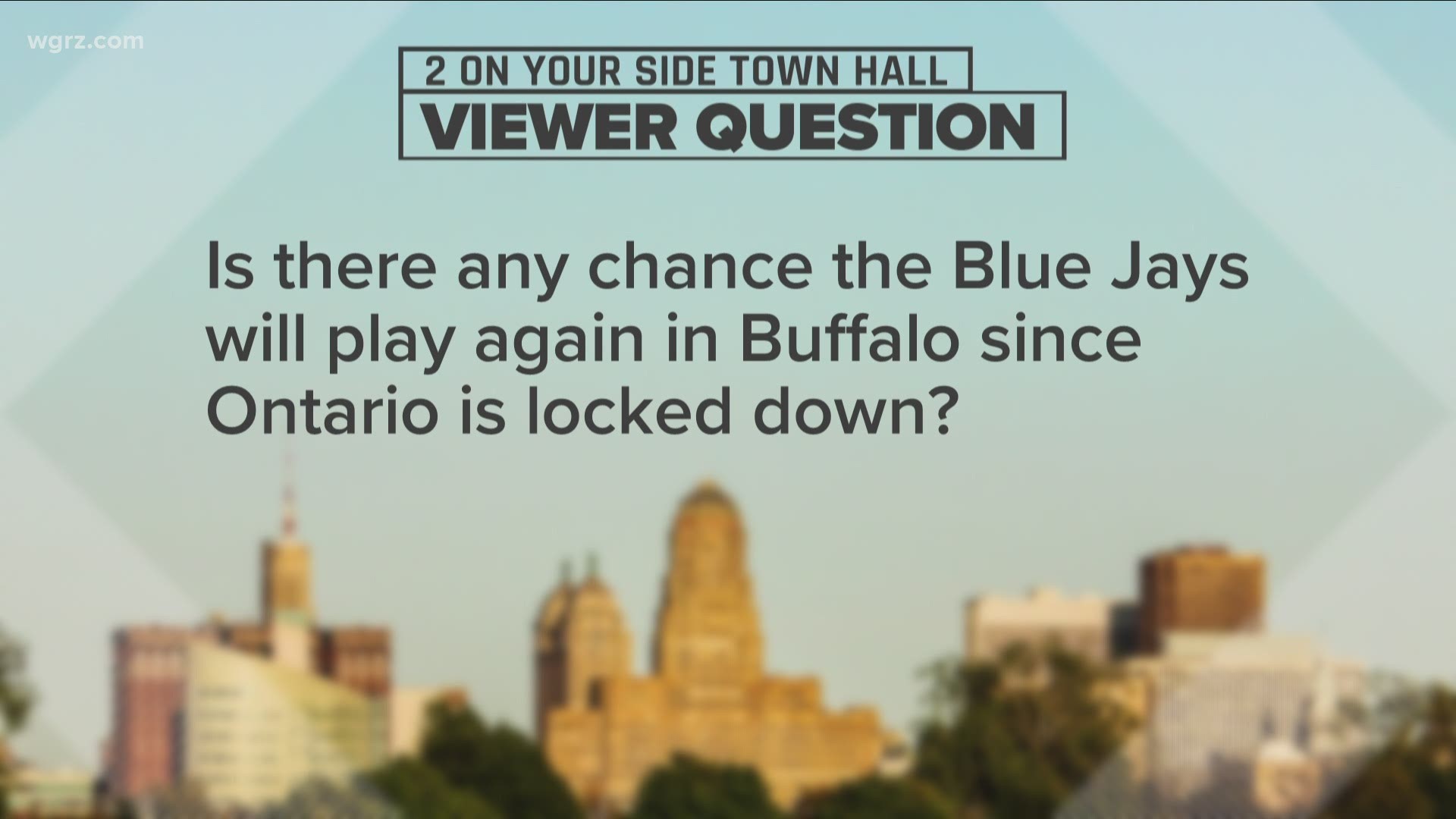 TORONTO, ON — Now that spring training is open across Major League Baseball, the Blue Jays have announced that they will play their home games in Florida.

In a statement posted on Twitter Thursday morning, the team said that due to the on-going border closure playing at their home field, the Rogers Centre in Toronto, wouldn't work. The team went on to say they would play at least their first two homestands at TD Ballpark in Dunedin, Florida; where the team does their Spring Training.

Kaitlyn McGrath, a reporter who covers the Blue Jays for The Athletic, tweeted that during a Zoom call, Blue Jays president Mark Shapiro says the likely scenario would be the Jays playing a mix of games in Dunedin, Buffalo and Toronto.

During a Zoom call, #BlueJays president Mark Shapiro said the likely playing scenario for the Jays this year will be some combination of Dunedin, Buffalo and (hopefully) Toronto.

The first two homestands would bring the team through May 2nd of this season. It is at that point that the team says it will re-evaluate where the rest of the reason would be played. The Blue Jays say their goal is to return to the Rogers Centre as soon as possible.

Last season, the team looked for a U.S. home to play games and found it at Sahlen Field in Buffalo. The team and the league made several modifications to the downtown stadium to make it work for a major league team. No reason was given in the statement as to why Buffalo was not chosen as the 2021 home of the Blue Jays.

Sahlen Field is currently the home of Toronto's Triple-A affiliate, the Buffalo Bisons. As of now there is no 2021 schedule for the Bisons, as the MiLB decides how to deal with possible COVID-19 delays to the season.