Blue Jays' first game at Sahlen Field will be August 11

The team tweeted, 'To accommodate necessary infrastructure modifications at Sahlen Field, we will play our first scheduled homestand on the road.' 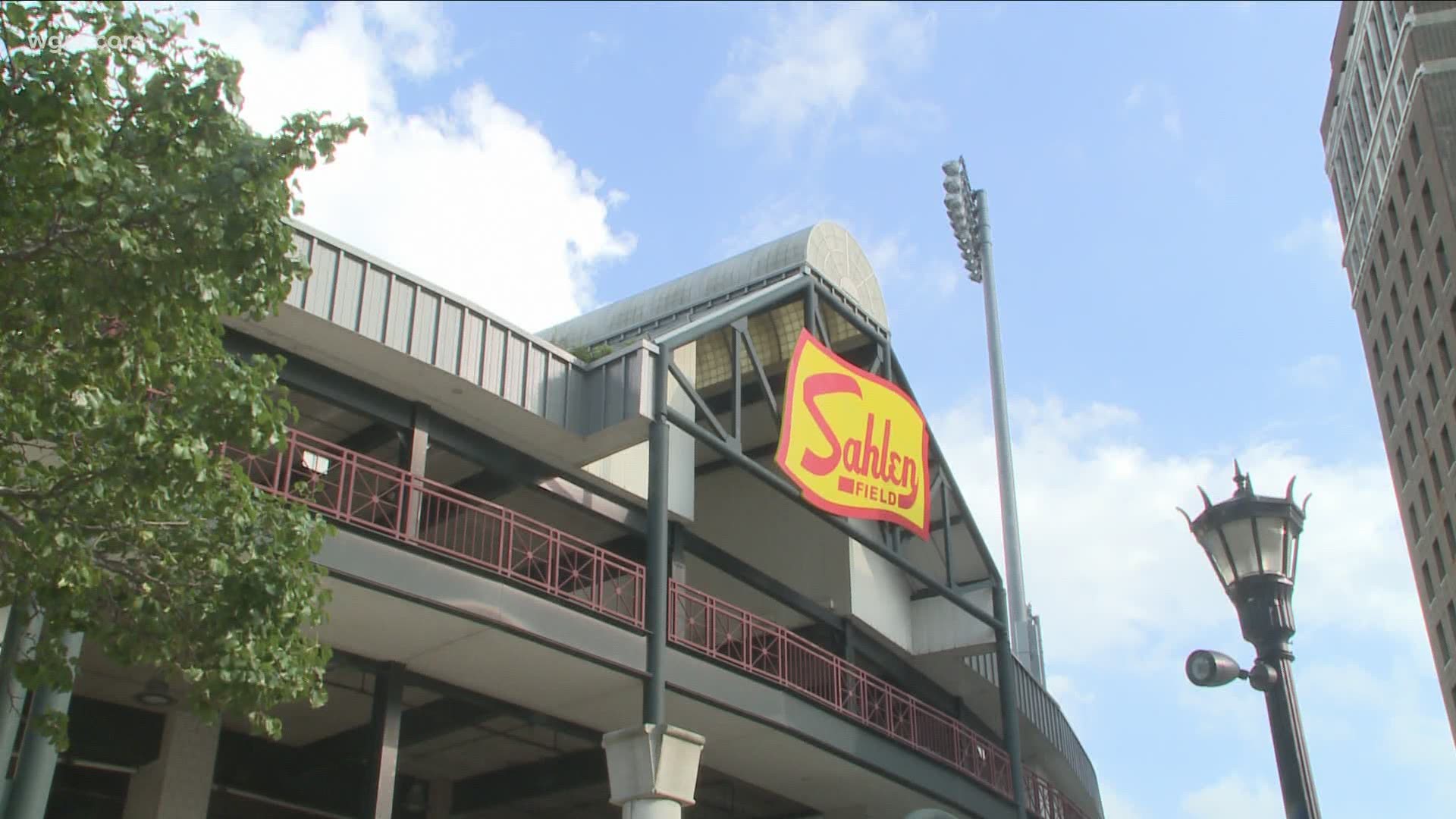 BUFFALO, N.Y. — The first Toronto Blue Jays game at Sahlen Field could be August 11 against the Miami Marlins, the team announced Sunday evening.

In a Sunday afternoon tweet, Hazel Mae, a field-level reporter during Blue Jays broadcasts for Sportsnet, cited an industry source as saying the August 11 date was selected "to accommodate for infrastructure upgrades to Sahlen Field."

Later, the Blue Jays made that news official with a tweet of their own, saying that "to accommodate necessary infrastructure modifications at Sahlen Field, we will play our first scheduled homestand on the road."

"There is a lot we need to do to get the ballpark ready for Major League Baseball, and we are committed to doing it," Buffalo Bisons General Manager Mike Buczkowski said.

The Blue Jays open the season with road games at Tampa Bay and Washington. They were supposed to open at home on Wednesday and Thursday against the Nationals, before hosting the Philadelphia Phillies next weekend.

The two-game Washington series will be played at Nationals Park, and the three-game series with the Phillies will be in Philadelphia.

After that, Toronto starts a six-game road trip at Boston and Atlanta.

According to the Bisons, it will be the first major league game in Buffalo in nearly 105 years. The last game was played on September 8, 1915, when the Buffalo Blues swept the Baltimore Terrapins 4-0 and 5-4 at Federal Field.