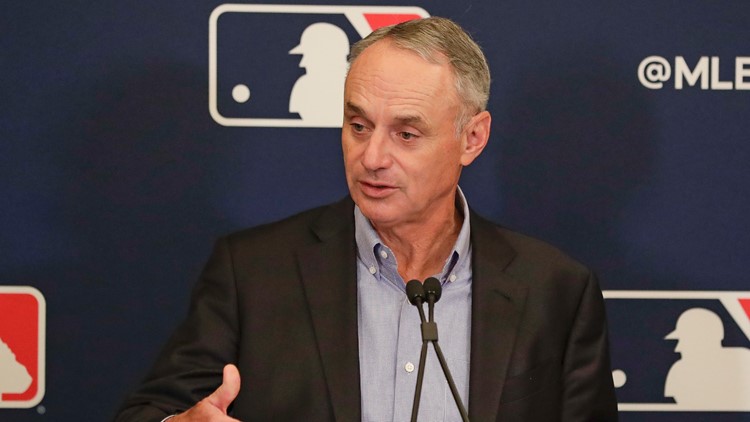 NEW YORK — Major League Baseball is considering expanding the playoffs to nearly half the teams and allowing higher-seeded wild-card teams to choose opponents. The playoffs would grow from 10 teams to 14 under the plan.

There would be four wild cards in each league, up from two. Any proposal would have to be negotiated with the players' association.

The division winner with the second-best record would choose its opponent from among the three lowest-seeded wild-card teams. The selections would be made on a televised show.

RELATED: MLB cracks down on Astros