Theme nights starts October 14 with the home opener against the Montreal Canadiens. Fans attending the game will receive a special edition T-shirt. 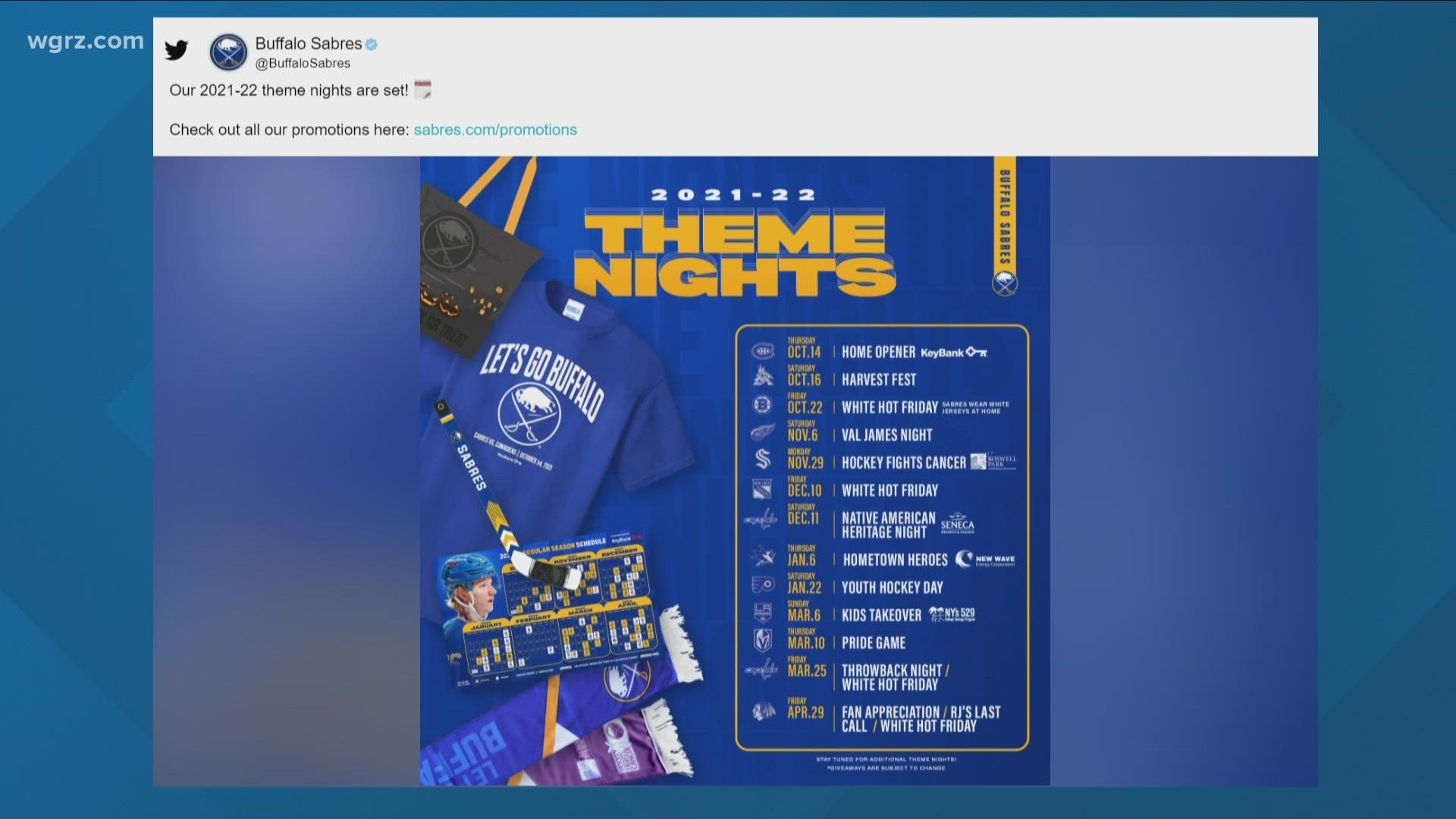 Theme nights starts October 14 with the home opener against the Montreal Canadiens. Fans attending the game will receive a special edition T-shirt.

Other theme nights include Harvest Fest on October 16 and Four White Hot Fridays where the Sabres' players wear their white jerseys at home, and fans can enjoy a  pregame happy hour with alumni appearances and giveaways.

There will also be a Kids Takeover Game March 6 where kids can become involved in the game day experience.

The Sabres will pay tribute to local military with the Hometown Heroes game on January 6.  On April 19,  it's annual Fan Appreciation  game, as well as Rick Jeanneratte's last call.

The full list is on the Sabres website.  The teams says more theme nights could be added, and some of these giveaways are subject to change.

The Sabres also announced single seat tickets went on sale Tuesday at noon. In addition to single seats, you can also purchase half, or quarter season plans.

Fans over the age of 12 attending game will have to show proof of vaccination. You can find more information here. 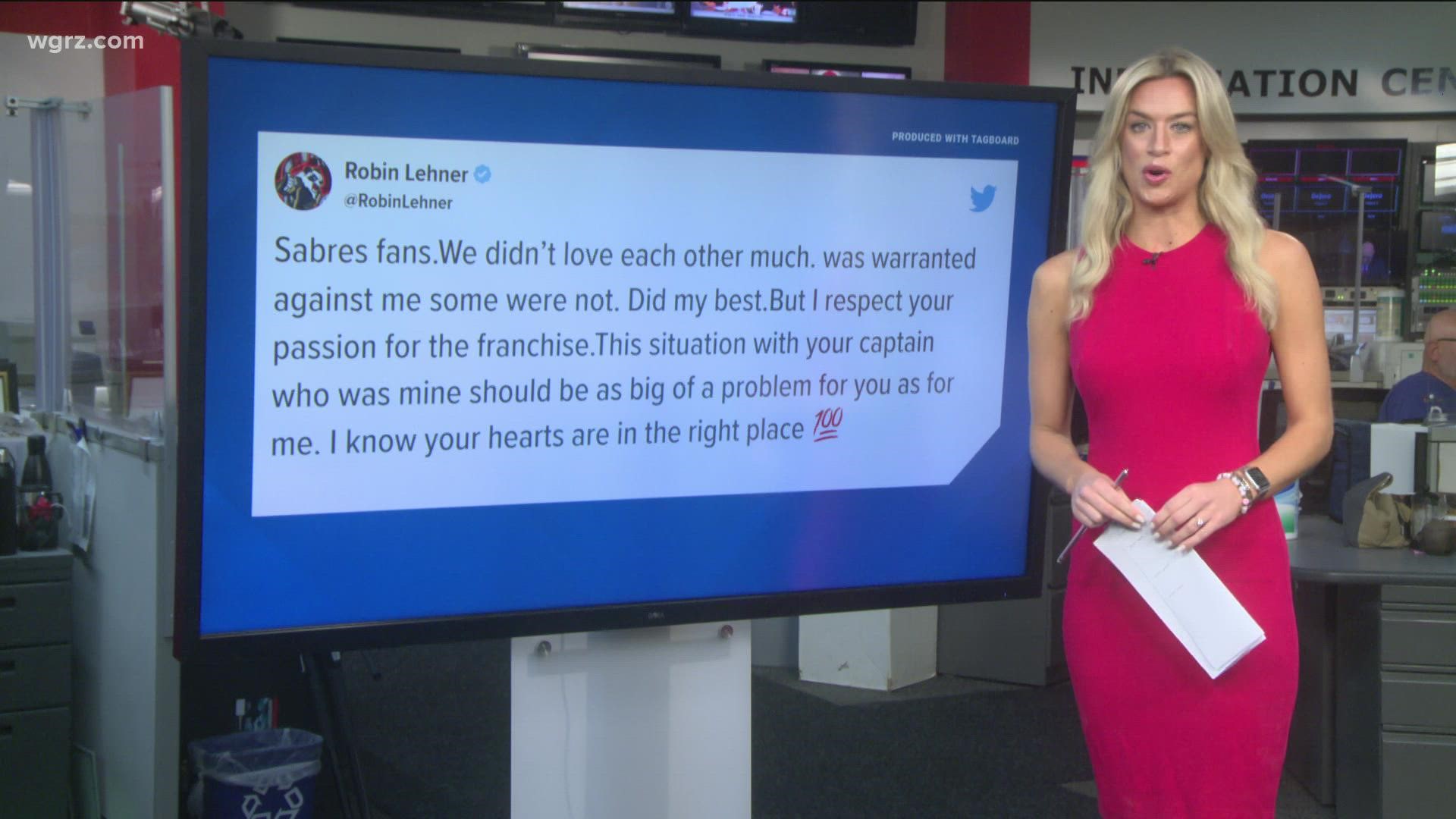