The little engine that could: Knox Thieroff's fight for survival

Ashley Holder spoke to the Thieroff family about their son Knox who passed away at just 23 weeks and was a warrior like the Bills' tight end he was named after. 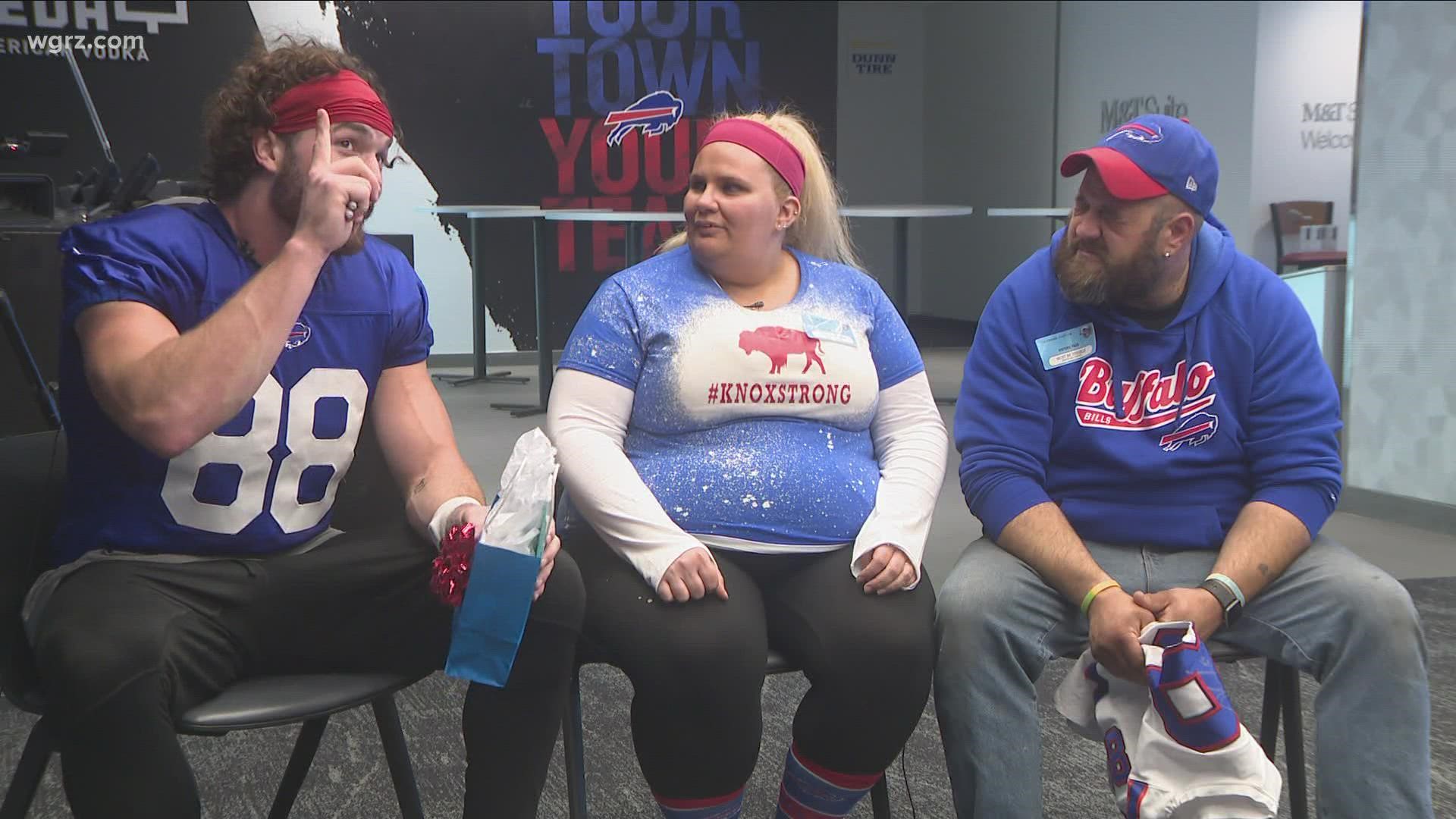 ORCHARD PARK, N.Y. — It's one of every mother's nightmares, a child born premature and fighting for their life.

"I had a little boy that fought harder than another I know," said Maureen Thieroff, Knox Thieroff's mother. "He wanted to be here more than any baby out there."

Knox Thieroff was born on July 8  at 2:42 a.m. at just 23 weeks on the cusp of viability at Sisters Hospital.

Knox had Grade 3 bilateral brain bleeds, and doctors gave him a 10% chance to live.

But Knox kept fighting to live but over time his condition worsened and ultimately he was transferred to Oishei Children's Hospital where there wasn't much doctors could do.

"His heart gave out, it was too much," said Maureen Thieroff. "They left him on the machine and asked what I want to do. I screamed and said he's been through enough take him off, let him go. I just wanted him to lay on the bed and pass he was in enough pain."

A fight that lasted almost two months, but a name that will always be close to Maureen's heart.

Maureen's son is named after Dawson Knox and he showed up after practice to have the chance to give his condolences to the family.

It was a surprise from mom's favorite Bills player Dawson Knox, the tight end her son was named after.

"When I watch you play I see someone that works so hard, never gives up and who is so strong," said Maureen Thieroff. "I wanted that for my son. You're a fighter and that's what I wanted for him, somebody that could be that too."

Knox is a name that is a fighter and Dawson Knox has been through a lot as well.

When he heard Maureen's story he made an important emphasis to meet the Thieroff family and express how inspirational their story was for him.

"Seeing the effect, we can have on not just fans but anyone watching us it's so much larger than football," said Knox. "We can bring joy to inspire to work harder or better version of themselves. When I heard your story I was devastated and wanted to at least be here and at least give you a big ole sweaty hug."

A meeting neither will forget, a chance for the Theiroff family to smile once again. Also, for Knox to know his biggest fan is thinking of him.

"Usually when I score, I point up to give glory to God but it'll give me extra meaning this week," said Knox. "So when you see me do that this week, you'll know what's it for."

And Knox kept his word. He scored two touchdowns against the Houston Texans and each time pointed up in the sky in memory of Baby Knox.