Keith Butler said Allen 'reminds me of a young Ben Roethlisberger. You don't see (Roethlisberger) being run as much as he used to be, that's an important position.' 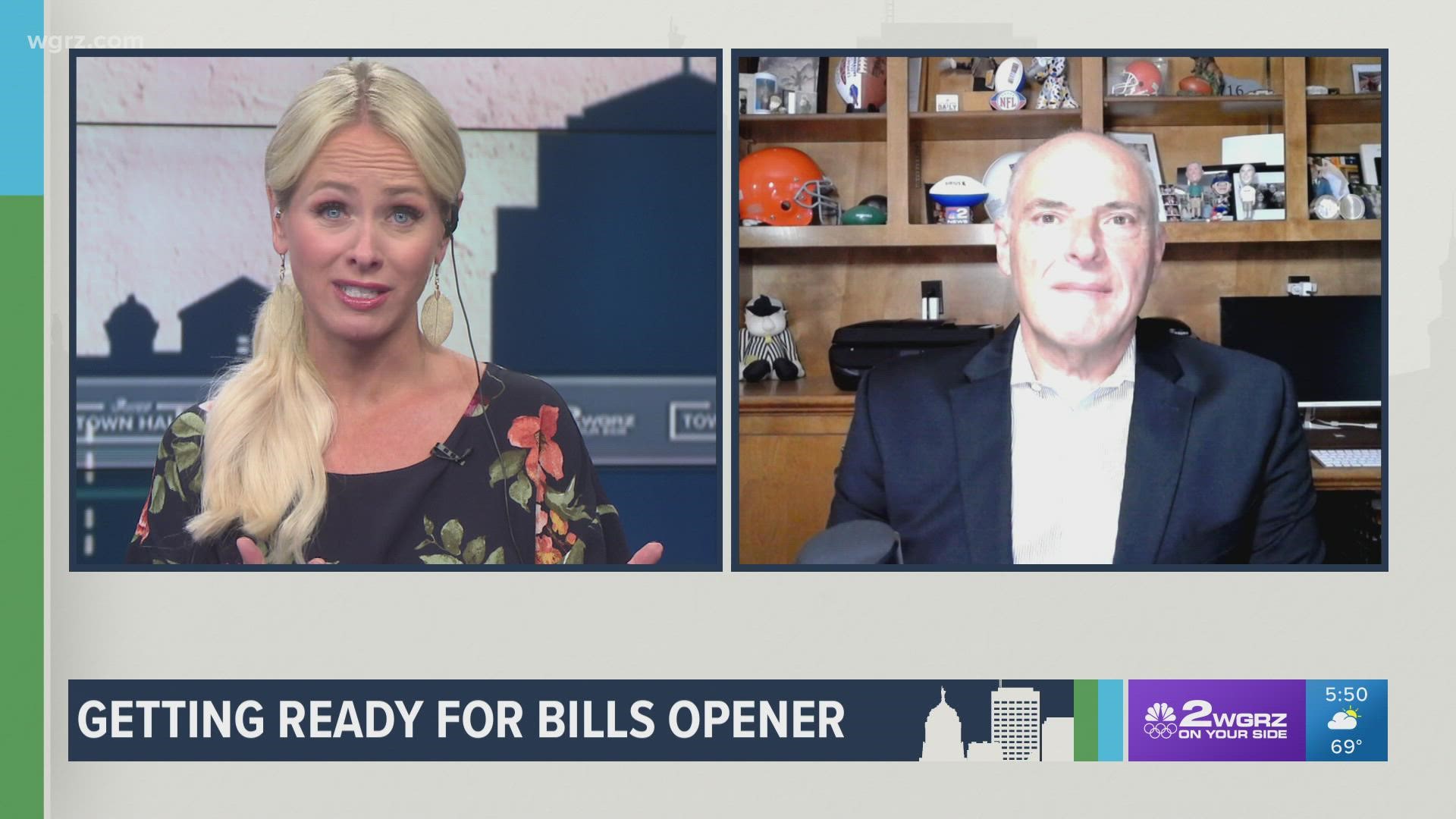 ORCHARD PARK, N.Y. — As the Bills prepare for their season opener Sunday, several comparisons have been made between a young Josh Allen and Steelers veteran quarterback Ben Roethlisberger.

"I hope he does try to finish the run, and we'll treat him ... if he wants to be true like running back we'll do that," Butler said. "He's a big, physical guy. He is, as I said, he reminds me of a young Ben Roethlisberger. You don't see (Roethlisberger) being run as much as he used to be, that's an important position."

He added that if you run, "there's usually a price to pay, so we'll see what happens."

The Steelers this week agreed to a deal with outside linebacker T.J. Watt that will pay him $28 million a year beginning in 2022. That will make one of the NFL's best pass-rushers the highest paid defensive player in the league.

It will be up to the Bills' offensive line to keep Allen on his feet Sunday. If he wants to take off, that could be a problem against the Steelers' defense.

What's the difference between Allen and Roethlisberger? Big Ben was never a running back.

Roethlisberger took his beating holding the ball and trying to launch it downfield. Allen loves to lower his shoulder and finish the run.

To Butler's point, the quarterback sneak has been out of the Steelers' playbook for years now, so while Allen has the mobility, a $258 million man might want to slide a few times on Sunday.