'One team, one Buffalo': Welcome wagon car parade weaves through the city 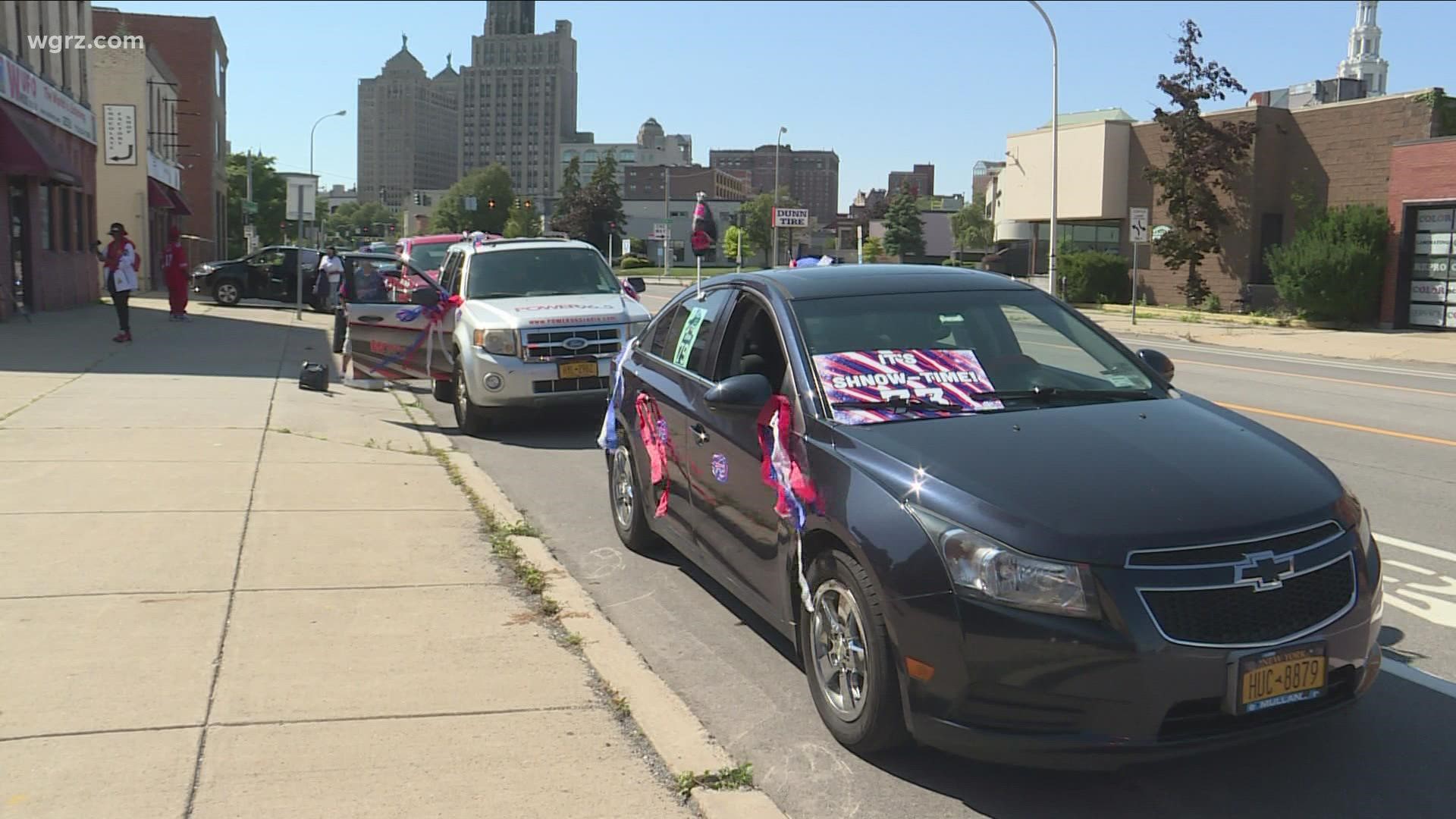 BUFFALO, N.Y. — The countdown to the Buffalo Bills' season is on, and fans are ready.

A welcome wagon car parade was held Saturday afternoon in Buffalo, and of course, Bills Mafia was there. They called it "One team, One Buffalo."

"We're still very optimistic about the Bills, just putting a great product on the field," Bills fans Dewitt Lee said. "But this year we're excited about the roster, coaching, and the base is excited. And you know we've got voted number one fan base again, so you know what we have a lot of reasons to be happy."

Besides the parade, they are attempting to pump up Buffalo to get new fans on board.

On Saturday night, fans were tailgating outside Highmark Stadium, with campers there counting down the hours until kickoff. There were plenty of "Go Bills!" chants were shared by fans there, and a few Super Bowl predictions were shouted.

The RV lot is the only place you can stay overnight outside the stadium.