Beane: 80% of Buffalo Bills players in training camp have at least one COVID-19 vaccine dose 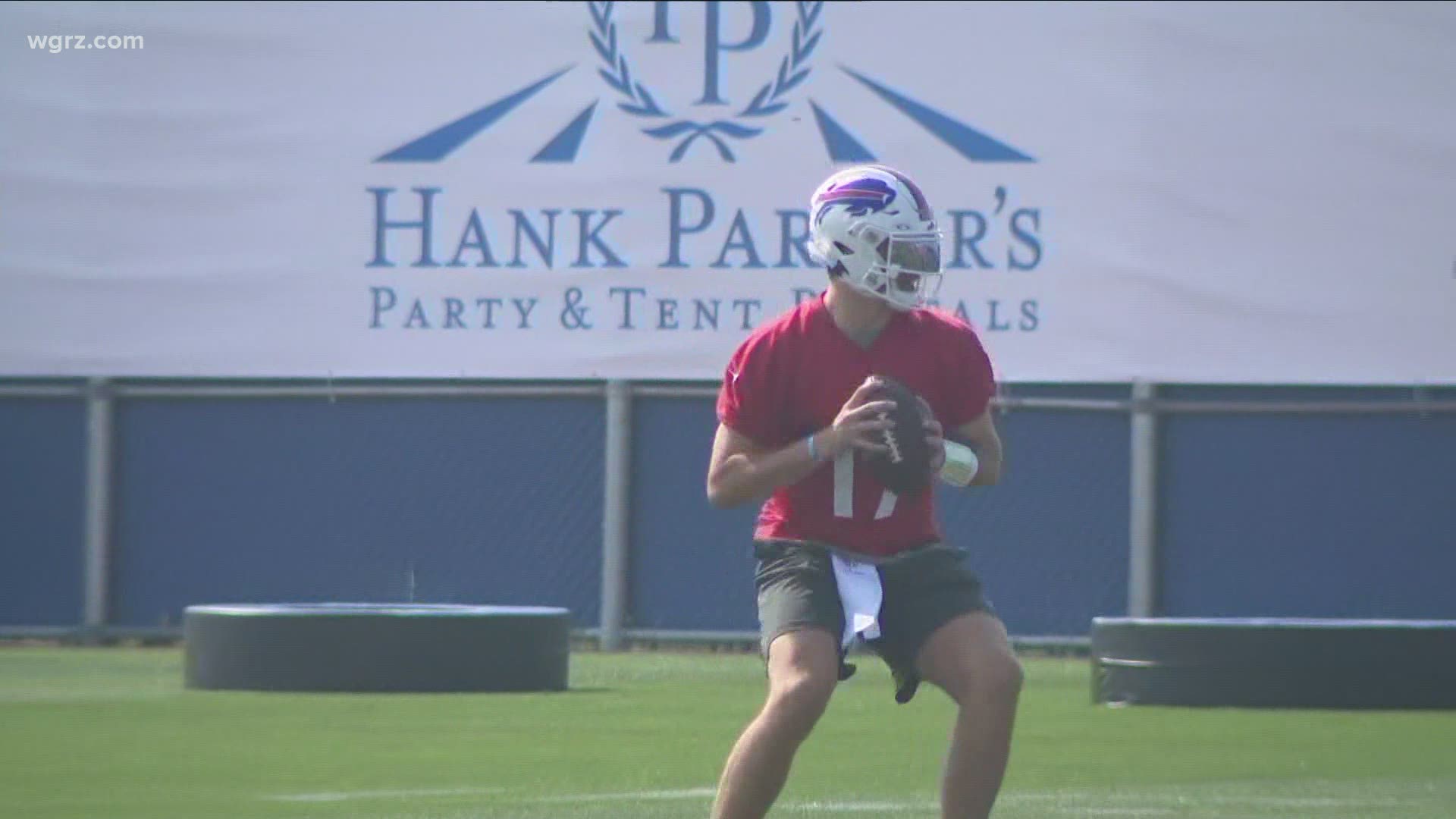 ORCHARD PARK, N.Y. — The Buffalo Bills are on the field for the first day of training camp in Orchard Park for the second straight year due to ongoing protocols relative to COVID-19. Bills general manager Brandon Beane and head coach Sean McDermott met the media prior to practice.

According to Beane, there has been an uptick in player vaccinations. He says that just over 80% of the players in training camp have at least one shot.

Meanwhile, DE Jerry Hughes did not pass his physical (calf strain). Beane says all other players cleared and "should be ready to roll for us."

At this time, Beane says there is no update on the progress in negotiations with QB Josh Allen on a long term contract. Beane would not characterize “momentum” in those negotiations, but continues to express confidence that a deal will get done this year or next. Beane says the relationship is strong and that Allen remains in a good “head space” heading into camp.

McDermott spoke on Cole Beasley's comments as well as the vaccination issue. McDermott says the focus is on understanding and respect. He says there’s progress and that issue needs to bring the team together and not divide them.

McDermott also expressed his expectations for the season. He says they have to start from square one and be as humble and hungry as you can be.