It's been over a year and a half since Bills Mafia has been able to scream and shout at a home opener, and fans stopped at nothing to show the team their support. 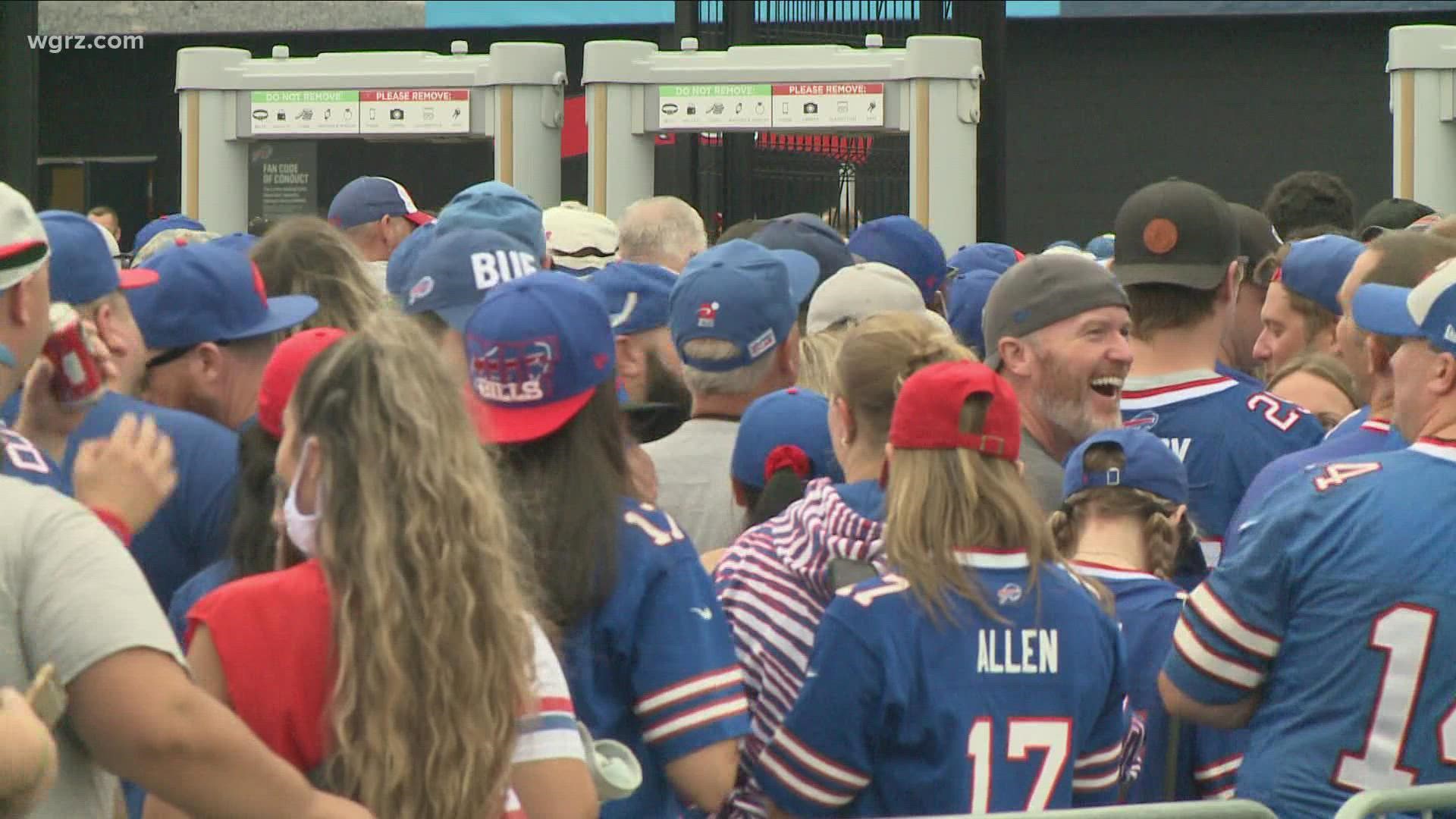 ORCHARD PARK, N.Y. — Despite an upsetting loss, Buffalo Bills fans showed up to Highmark Stadium in record numbers for Sunday's home opener against the Pittsburgh Steelers.

It's been over a year and a half since Bills Mafia has been able to scream and shout at a home opener, and fans stopped at nothing to show the team their support.

With traffic backed up in every direction fans waited for hours to get into Highmark Stadium.

Helen Williams and her husband are season ticket holders and drove up from Springville. Williams says they waited in back to back traffic on the 219 for at least an hour.

#BillsMafia we may not have gotten the "W" we wanted, but hey...one thing I know is...IT'S GREAT TO BE BACK!

We caught up with some epic fans earlier, we have full #Team2 coverage tonight after Sunday night football on Ch.2, join us! @WGRZ

"I've never seen it this packed ever," Williams says.

Other fans say they were in traffic for long as two and a half hours.

Erie County Executive Mark Poloncarz was in attendance and tweeted from a suite at Sunday's game, thanking fans for keeping lines moving and for cooperating with protocol despite a shortage in staff.

As for COVID-19 protocol at Highmark Stadium, per Erie County Guidelines, all guests must wear masks indoors. Unvaccinated guests my remove their mask only when eating or drinking.

2 On Your Side reached out to the County Executive for comment on his thoughts regarding the effectiveness of the county's mask policy at the game. He was unavailable for an interview at our request.