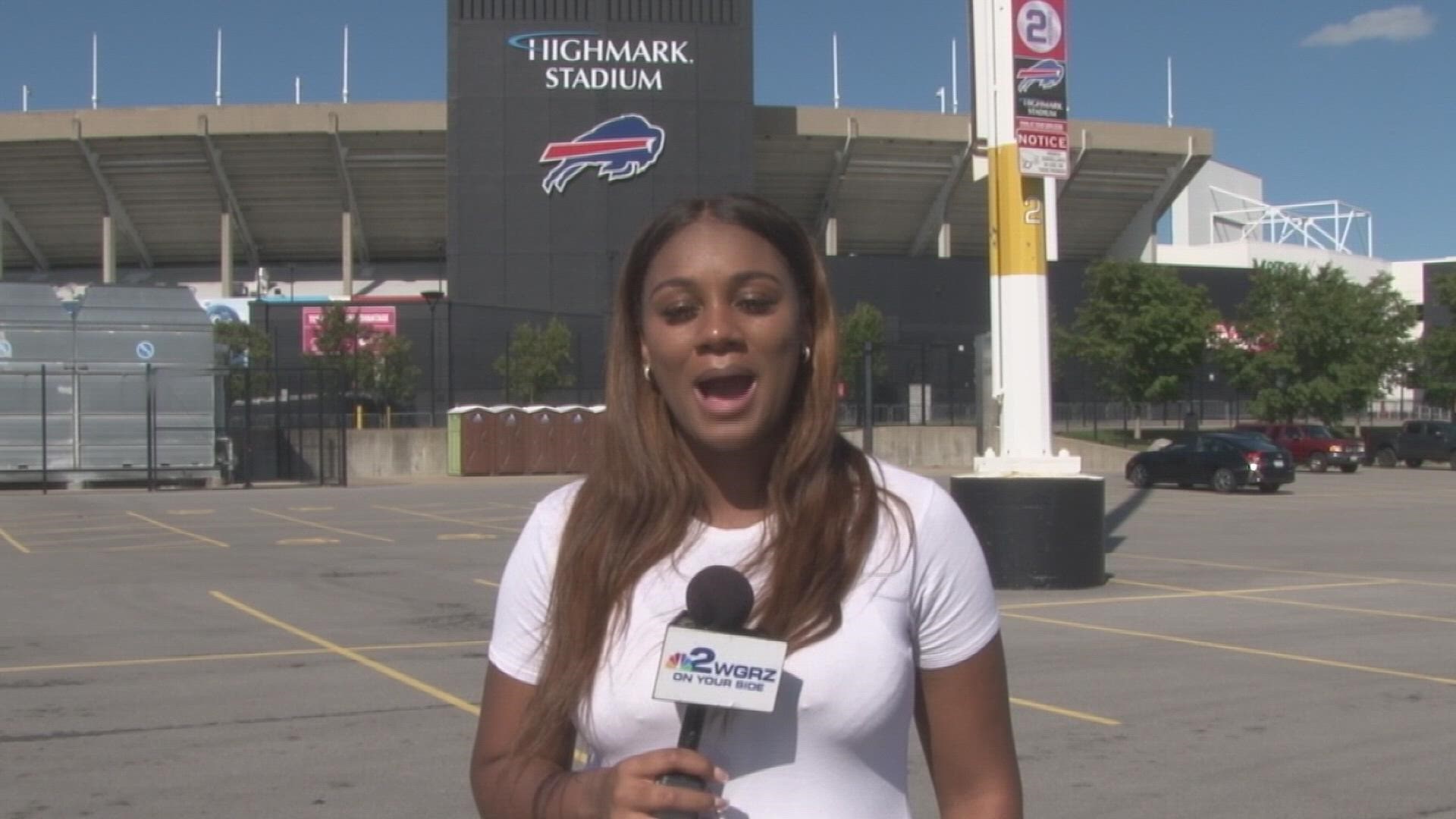 ORCHARD PARK, N.Y. — The Bills are ready to put the Pittsburgh Steelers in their rearview mirror and look ahead to divisional opponent, the Miami Dolphins.

With an already packed receiver core, Emmanuel Sanders only elevates the Bills offense. But when it came time for Josh Allen and Sanders to connect on a deep ball, the opportunity was missed and overthrown.

Though Sanders still managed four catches for 52 yards, there could of been more. In his words, he's not losing any sleep over it.

“It is what it is,” Sanders said. “I can go out there with a quarterback I’ve never caught a pass from, and we could complete that 500 times, or we can miss it 500 times. To me, it’s just we didn’t connect. It is what it is, right? I don’t lose sleep at night over it.”

Sanders and Allen have both expressed its only one of 17 games, that it's a long season, and that their eyes are still set on the ultimate prize, the Super Bowl. And to get there? It starts in Miami.

It's also a special homecoming for one rookie defensive end Greg Rousseau who will make his return home to his home state and the very stadium, Hard Rock Stadium, where he played college football for the University of Miami

Holder: It’s a new week and you’re heading back to Miami. How exciting is that just to play in Hard Rock as an actual NFL player?

Rousseau: It’s super exciting being back at the Hard Rock. It’s going to be a lot of fun. All my family is going to be there, so I’m looking forward to it, for sure.

Holder: You’re from Florida, and you said you have a lot of family coming. How many tickets would you say are going out?

Rousseau: Honestly, not too many because my family isn’t huge, but I would say like 12 or 13. My first game went well, it was fun having the fans out there, a full crowd at the stadium, it was awesome. It was a step faster than preseason. You have all the starters in the whole game, and everybody is trying to win, so I had a lot of fun and learned a lot.

Rousseau also went on to mention that he didn't even expect to start, let alone play as many snaps as he did, in the season opener. His goal now is to keep to momentum going as they head to Miami this weekend and play good in front of his coaches, teammates, family and friends.