Cole Beasley and Reid Ferguson both responded to fans on Twitter who said they can't go to games in Orchard Park because they're unvaccinated. 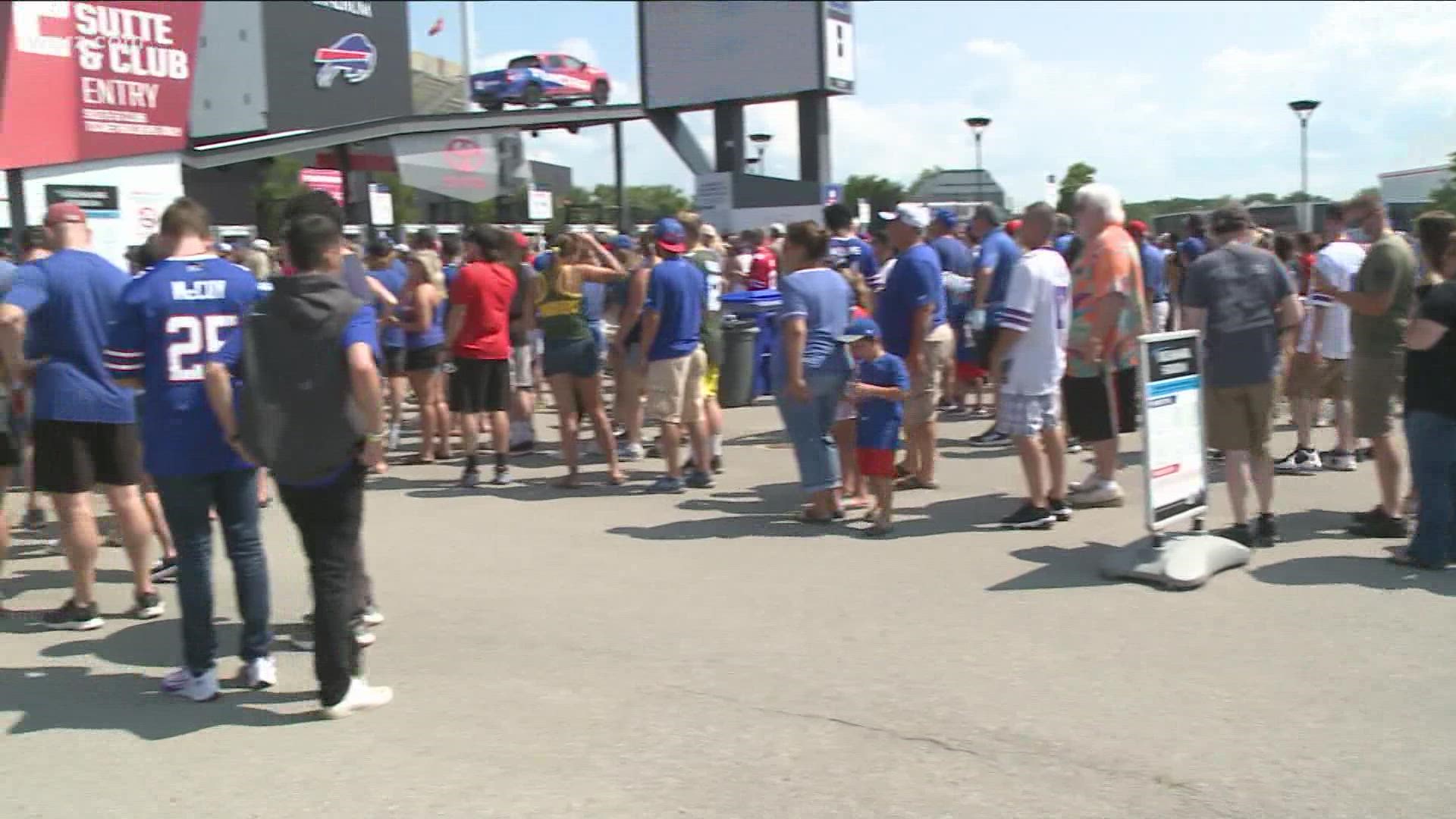 ORCHARD PARK, N.Y. — A couple of Bills are now offering to help fans get tickets to games at other stadiums without that mandate.

Cole Beasley and Reid Ferguson both responded to fans on Twitter who said they can't go to the games now because they're unvaccinated, and they offered to get them tickets to an away game.

Beasley was among Bills players who were are a part of a five-day re-entry process to team facilities in late August because of close contact with a staff member who tested positive for COVID-19.

Beasley has publicly stated his refusal to take the vaccine and has been outspoken about the NFL's rules for unvaccinated players.

"Some people may think that I'm being selfish and making this a 'me' thing, but it is all about the young players who don't have a voice and are reaching out to me every day because they're told if they don't get vaxxed, they'll be cut."

If you find an away game you are able to go to then I will buy the tickets for you guys. DM me names and every thing snd I’ll figure out the best way to make it happen. Wish she could witness the mafia! https://t.co/LfBdULPcmK

I hear you brother. If you can find your way to an away game this year, tix are on me 👊 #BillsMafia https://t.co/nFwpXK16wk