With the Bills starting training camp on Wednesday, we take a look at some key points to bring home another AFC East championship. 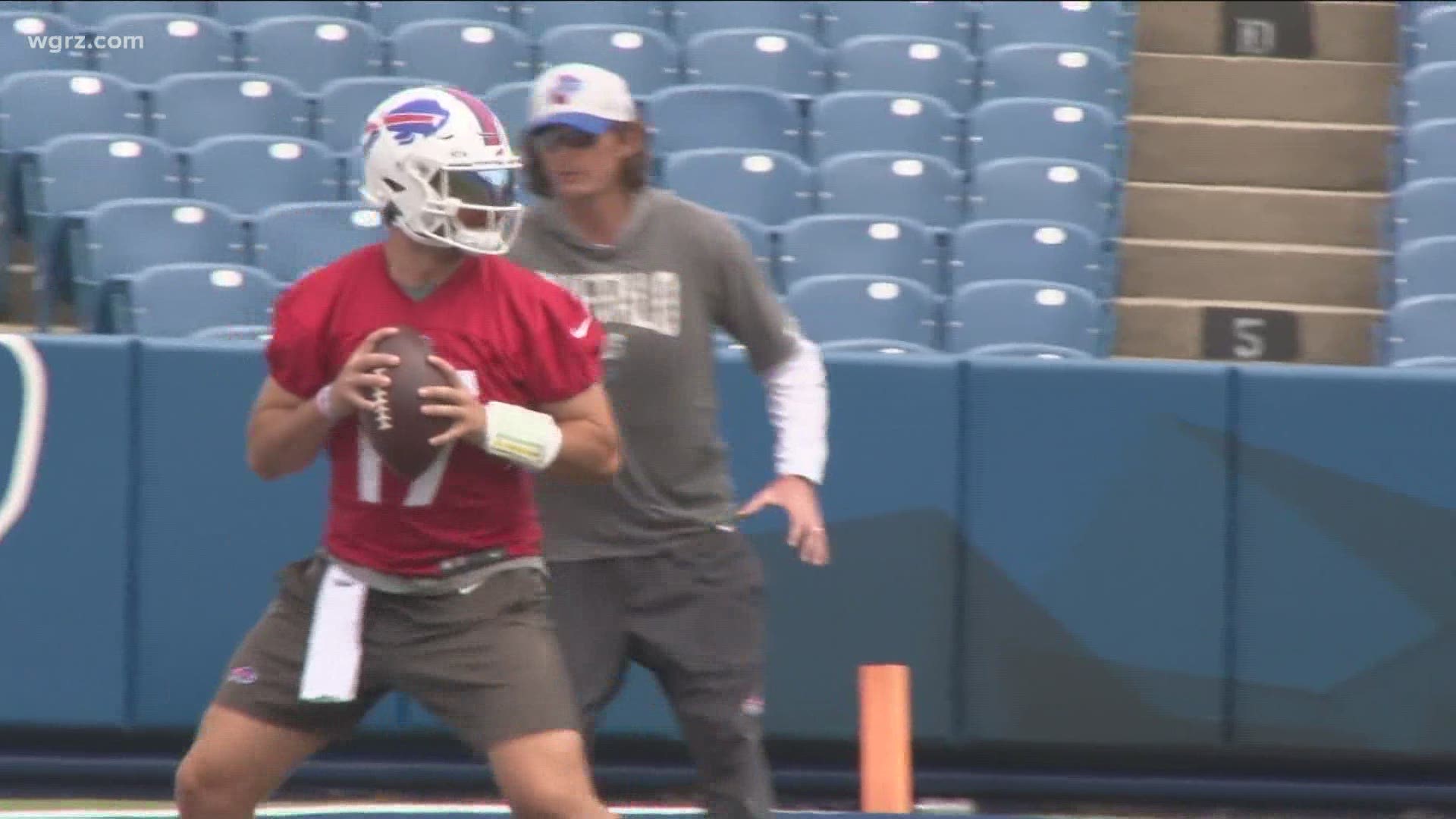 BUFFALO, N.Y. — The defending AFC East champions are set to be in good shape ahead of the start of training camp on Wednesday.

Probably unlike any other team, the Bills are returning all starters except for one in receiver John Brown who is now with the Las Vegas Raiders. But the players aren't the only familiar faces, the Bills returned both coordinators as well in Brian Daboll and Leslie Frazier.

It's been something that Buffalo has harped on quite a bit, that continuity could allow them to have an advantage over others.

The Bills' offense clearly clicked quickly with the addition of Stefon Diggs, who set record numbers in just his first season with the Buffalo.

Cole Beasley was also productive in the slot, and even Gabe Davis showed up in his rookie year. With the pickup of veteran Emmanuel Sanders, this offense upgraded to dangerous, but not exactly deadly.

Because it's not all about the receivers, the tight end and running game are both pretty shaky. Dawson Knox did tell the media during this off-season that he worked with a hand-eye coordinator in California, so we'll see if that helped.

But like last season, it was another jam-packed off-season plagued with COVID-19 vaccine talk. Also, the debacle of the NFL’s most recent statement that there will be penalties for teams who chose not to take the vaccine.

Focusing back on football, camp is all about the battles. This offense is good but collectively they're not on that Kansas City Chiefs level.

So now as camp arrives, we can see if these holes will continue to affect the Bills' rise.

One interesting battle is the run game. The running back core was pretty much nonexistent last season, but the team clearly still believes in Zack Moss and Devin Singletary.

Singletary received more snaps, but only because Moss was limited in certain games and missed a few. When they've both played, Moss was the one with the ball in his hands.

Neither averaged over five yards a carry, which clearly needs to improve next season, but the debate is still out on who should lead.

Another noteworthy aspect is the defensive line. The Bills made it clear they weren’t happy with their overall play when they went out and drafted Greg Rousseau and Boogie Basham. After also picking up some other free agents, the defensive line is stacked and there may not be room on the roster for everyone.

Nonetheless, Bills Mafia should be excited for another upcoming successful year, if all goes right, and the chance to now watch every game in person.

The Channel 2 sports team will have coverage throughout camp, and all season long.