In a rare sit-down, Ashley talks to the dominant Bills wideout about life off the field, including the death of his father and the love for his mother and siblings. 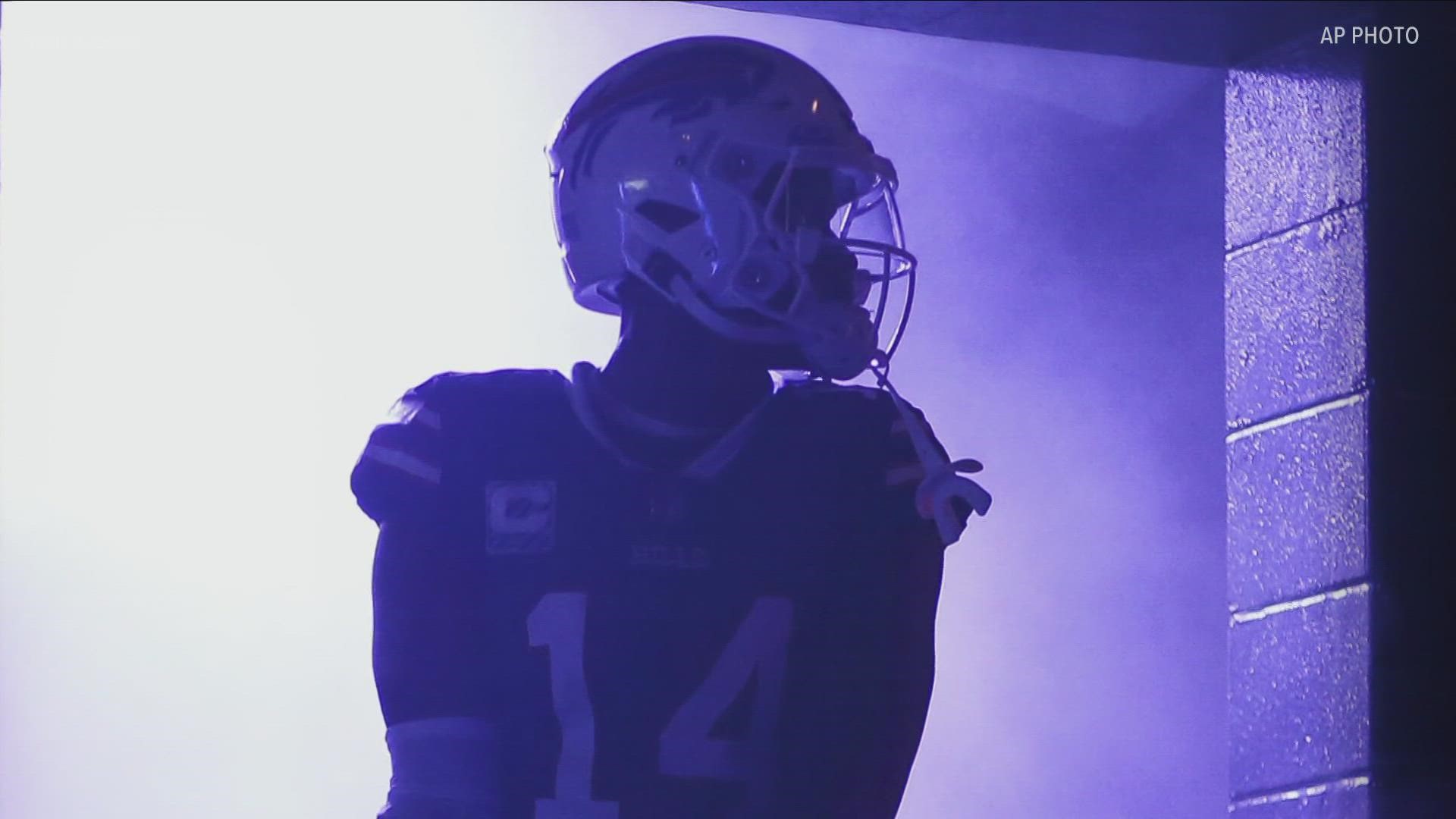 ORCHARD PARK, N.Y. — To be the best, you have to put up the numbers!

Number 14 has the math on his side. Stefon Diggs' league-leading 127 catches and more than 1,500 yards receiving broke records during his first year in Buffalo.

His sophomore season here is off to a similar start.

We've seen what he can do on any given Sunday, but away from football, we take a deep dive who the dominant receiver really is.

Holder: Who is Stefon Diggs?

Diggs: I'm charismatic, I'm playful, especially with the people I know and I trust. But if I don't know you, I'm not really going to say too much around you. As far as my outgoing personality, I'm fun, I'm laid back, I don't do too much. I'm not really a going-out person. I'm a homebody, and I like cracking jokes.

Holder: Well, that's interesting that you don't like to go out like that, because your style is nice. So you just dress to stay in the house because somehow someone has to see it?

Diggs: Sometimes I'm in the house looking nice, you know. Quarantine did that for a lot of people. For me, the only time I go out is to get an outfit out. I go out to dinner or maybe pop out once and a while. I used to only go out with my siblings, my brother, so I got enough of them to hang out with, so I tell to take a picture (laughs)!

He's a fashionista in his own right. Just check out his Instagram. But behind all the glitz and glam is a man who is down to earth and all about family.

He learned that from his dad, Aron, who passed away when Stefon was just 14 years old.

Diggs: That was my leader, that was my best friend, so when you have him, you have a crutch of somebody to lean on. You might lean on them as much, but you still have him there, so not having him shaped me because I learned to stand on my own. I learned how to lead my little brothers. I learned how to be that family man, more so looking out of you making decisions for everyone.

Holder: What's biggest thing that you took away from him in the 14 years before you lost him?

Diggs: Hustle! You got to work for everything you want. You got to put in a lot of time, even when things don't go your way. Even when they aren't going good, just continue grind and push forward, because eventually it will turn a corner.

With his hero gone, Stefon's relationship with his mother, Stephanie, only got stronger.

Diggs: Well, that's superman and superwoman! Losing my dad was pivotal, but she held the fort down. Even when my dad was living, she was the primary bread winner (laughs). She worked two and three jobs and did everything she could. She will always have my upmost respect and love because part of her being your mom is one to fight for four and five kids; that takes a solider.

Holder: For you you took over the house as the man, you have another young brother that plays for the Dallas Cowboys as well. How have you guys been able to push each other, because he looks at you as a father figure?

Diggs: It's been a hell of a ride. Even when he made his decision to go to Alabama, as his recent success, there's not surprise. My brother (Trevon Diggs) is super talented, and he's a hell of a kid, but for me it's just sight to see when you lead by example. People do pay attention, even if they don't say nothing, you never know who's watching you. I felt my little brother's eyes were on me, even if I didn't notice him, so for me it was putting in that time and grind, and he'll see for himself.

Holder: Is that because when you guys get on the field he has to guard you and figure out how to guard you, and that's why he has success he has (laughs)?

Diggs: (laughs) I don't know, but we have the argument all the time. I've been going against him since he was 12 years old, and five years apart from him, and he lost a lot of reps back in the day. He isn't losing this time around.

Holder: So you're saying he's better than you?

Diggs: No way! No way! We talk about playing each other, and I tell him I'm going deep every time (laughs).

A sibling rivalry we can only hope to see on the field someday soon.

Holder: How proud of you were in that moment when he got his name called at the NFL Draft?

Diggs: It was amazing just because, in that situation, of course, he wanted to go higher, he wanted to be in first round. I wanted it more than him because he deserved it, but you're right, where you're supposed to be trust and believe in it. It's crazy because if he was drafted any earlier, he could been with the Jacksonville Jaguars, so I tell him be thankful for your situation, if you look, because it all could of went a different way. You're right where you're suppose to be and shining.

And Stefon feels the same with the Bills. No regrets after making the move from Minnesota to Buffalo.

Diggs: I'm as happy as I can be. In the past, apples and oranges, because they had a totally different way of running things. Now I have a clean slate, and I'm going to be the same person I was. And it worked out for me.

It's also worked out pretty well for the Bills.

Securing a star, on and off the field. 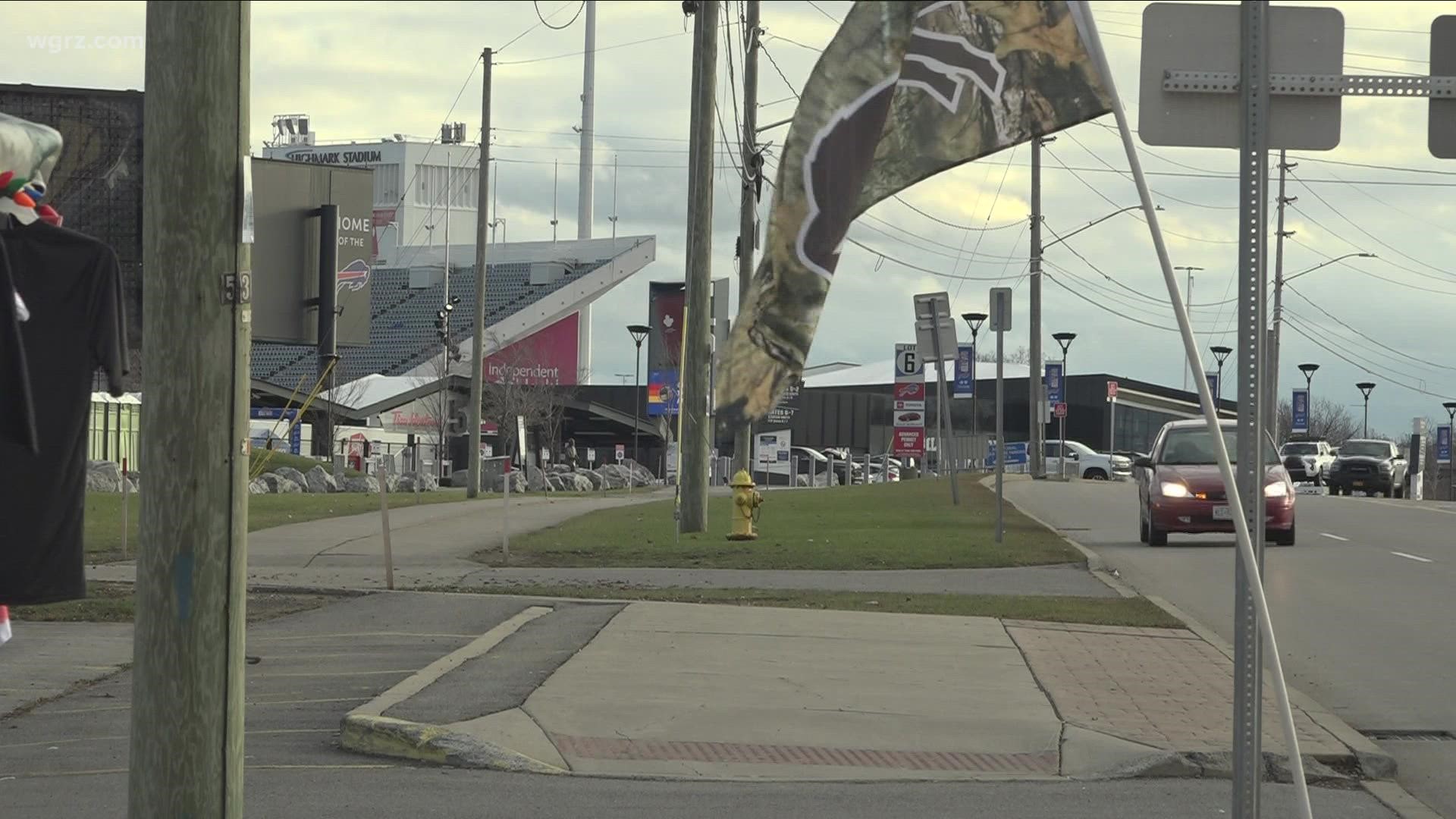