Leslie Frazier: 'This can be a watershed moment in our country'

The Bills defensive coordinator says 'now's the time to step up and make a difference.' 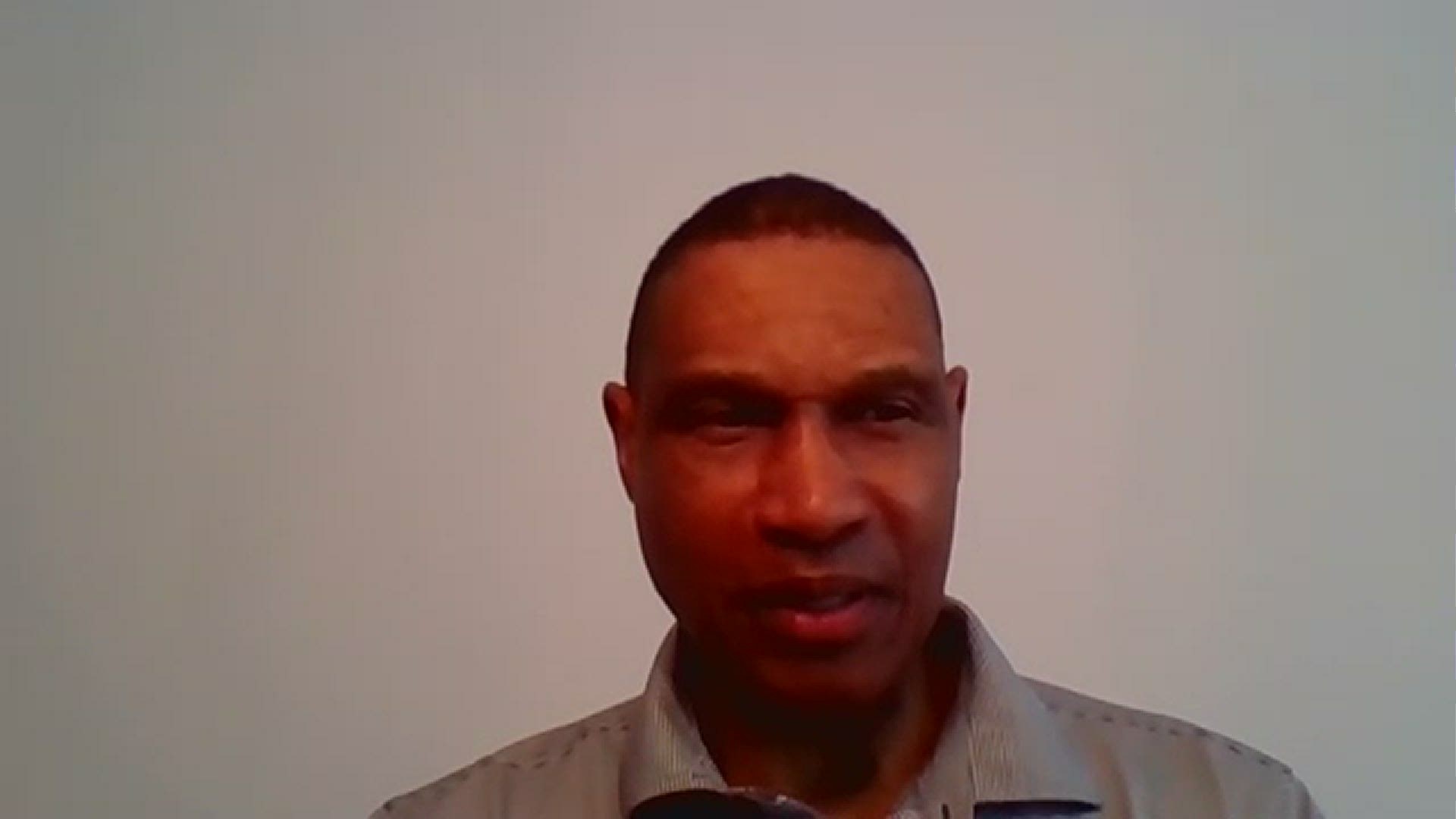 BUFFALO, N.Y. — Bills defensive coordinator Leslie Frazier said he thinks what's going on in the country today could be a "watershed moment" in terms of race relations.

In the wake of the death of George Floyd at the hands of a Minneapolis police officer, Frazier said more people are beginning to understand that they haven't done enough and want to do more. Frazier said "watching the video was traumatic and tough to watch."

Frazier encouraged his players to get even more involved and to make a difference.

"These are eye openers for us all," he said. "Now it seems more people are really having the shields taken off of their eyes and seeing things for what they really are."

Frazier said he got a letter from a former NFL general manager who explained how the George Floyd video affected him and he apologized for not being as involved and active as he could be but said now he will be better and more involved.

Frazier also said he was stopped in a mall outside Chicago when he was with the Bears for no apparent reason by the police and was asked for ID.

"In my mind I wasn't doing anything wrong," he said. "I was just walking along in the mall. I wanted to share this with the players a real moment for me so that they can understand some of the things that they're seeing and may have experienced as well.

"But if I had just been Leslie Frazier, citizen A, who knows where that conversation would have gone? But that's the platform that athletics kind of gives you. It insulates you from some of the stuff that goes on.

"I wanted our guys to understand they have a golden opportunity at this moment to use the pedestal, the platform that they have to get involved and make a difference in their own way and they can do it. This is the time if there's ever a time to step up and get involved."

While discussing what's going on in the country Bills rookie quarterback Jake Fromm caused a firestorm when some texts from a year ago surfaced that appeared to be racist. Fromm apologized for the texts.

Frazier discussed Fromm and the apology during the ZOOM call.

“Jake seemed very sincere in his apology,” Frazier said. “We have a strong culture on our team, and those guys are going to sift through what’s real and what’s not real. He acknowledged he made a mistake. We’re still getting to know Jake as a teammate, but based on what he said to the team today I believe our guys will give him the benefit of the doubt. I think we have a mature enough team that our leaders are going to reach out to him and work with him."

Frazier said love has to overcome hate. He believes Fromm's teammates will give him the benefit of the doubt.

"We're still getting to know Jake as a teammate but based on what he said to the team today I believe our guys will give him the benefit of the doubt."

RELATED: Sabres' Vesey: 'I hope to be a bigger part of the solution'

RELATED: Brees blasted on Twitter for stance on kneeling during national anthem