Krueger: "We need to get the grit and the bite into the group on the ice."

The Sabres formally introduced new head coach Ralph Krueger on Wednesday. Have shared his thoughts on the direction for the future, and talks with Jeff Skinner. 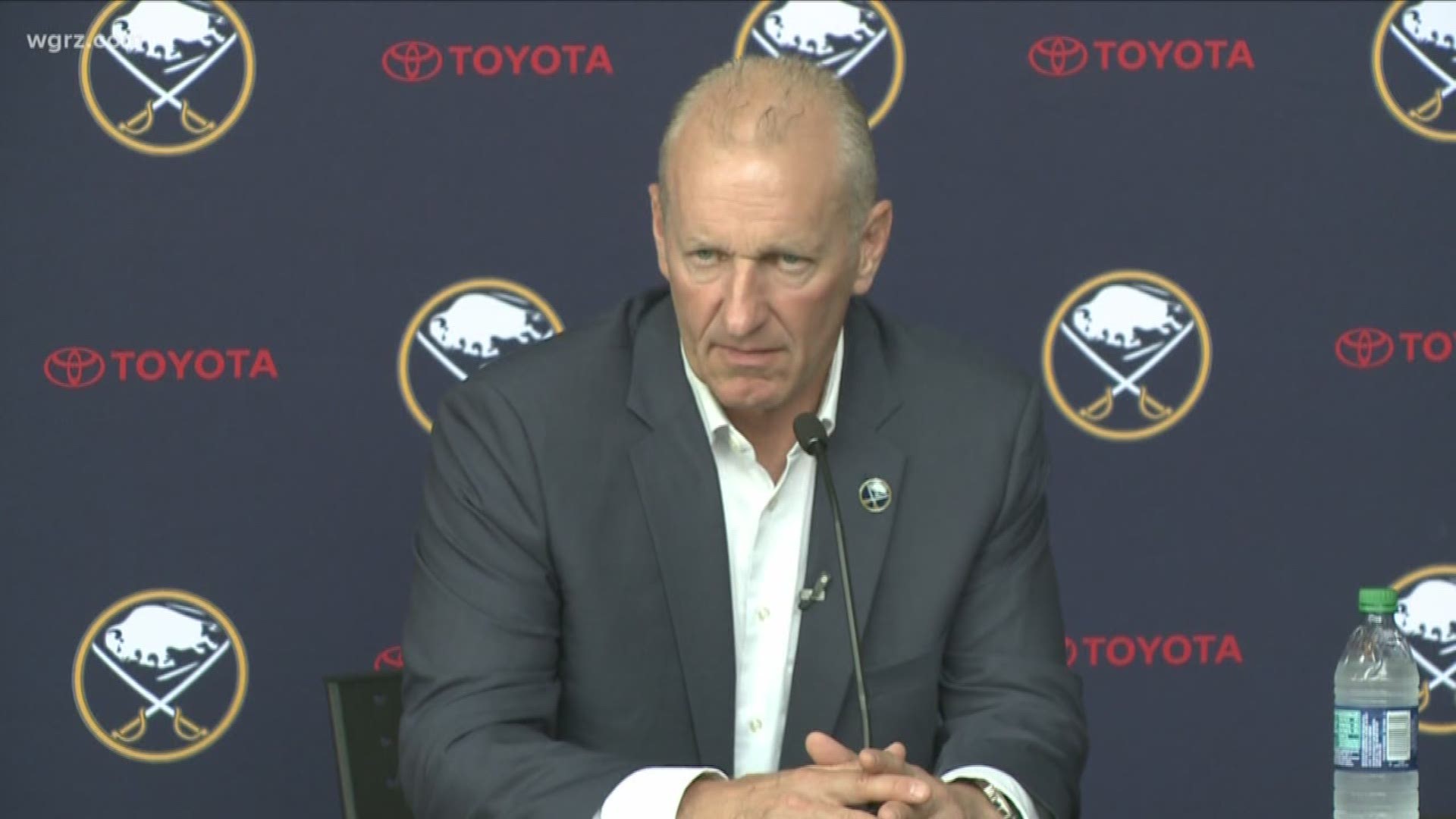 BUFFALO, N.Y. — To call this an out of the box hire by Sabres GM Jason Botterill would be an understatement to say the least.

Krueger thinks that experience can apply.

"The build up to tournaments like that and then the three weeks within them, those are such intense spaces.   It's playoff hockey.  It's always seventh game best of seven.  That's what your life is about.  It's playing meaningful games is really what my life was about.   Dealing with that pressure together with the players and finding ways to perform with that pressure, I think that's what the national hockey league season was all about."

He inherits a Sabres team that has missed the playoffs for eight consecutive seasons.

"We have an extremely passionate environment.  People are treated right in this organization, don't take that for granted.   We need to get the grit and the bite into the group on the ice... to stoke the fire that's here."

The Sabres hope the first step in that direction will be the re-signing of forward Jeff Skinner who is set to become an unrestricted free agent in July.  Skinner scored 40-goals for the Sabres last season.

Krueger says he had a lengthy phone coversation with Skinner as negotiations continue.

"For me more than anything, the conversation was about how I as a coach would like to utilize his skillset...his talent.   I work on the basis that Jeff Skinner is a Buffalo Sabre, and that's how our converstation went.  It was really just the flow of the conversation that made me feel comfortable."

GM Jason Botterill says talks have been positive, but wouldn't indicate that he thinks a deal is imminent.

"He's certainly earned the opportunity to listen to other teams if he wants to go to that, but in my dialogues with Newport Sports, it's been to try to find a solution before then."