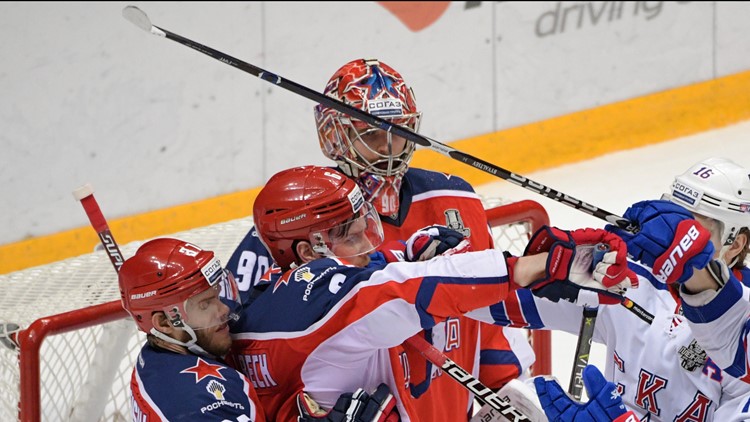 MOSCOW, Russia — The Kontinental Hockey League has given up on trying to reschedule its playoffs and canceled the remainder of the season.

The Russia-based KHL is widely considered to be the strongest league outside the NHL. KHL was due to play its conference semifinals when play was suspended because of the coronavirus outbreak.

Teams from Finland and Kazakhstan withdrew because of travel and safety concerns. That left the league with six teams in an eight-team bracket. The KHL tried to draw up a new playoff system and considered resuming in June and July but has now decided to focus on preparing for a 2020-21 season.

League president and former Pittsburgh Penguins forward Alexei Morozov says, “We consider that no one has the right to take on responsibility for people’s lives and health.”

It's unclear how or even whether a champion will be declared. The league says the board will discuss how to allocate finishing positions.

RELATED: Krueger holding out hope NHL season can be salvaged

RELATED: NHL sends players home - will shut down for 60 days