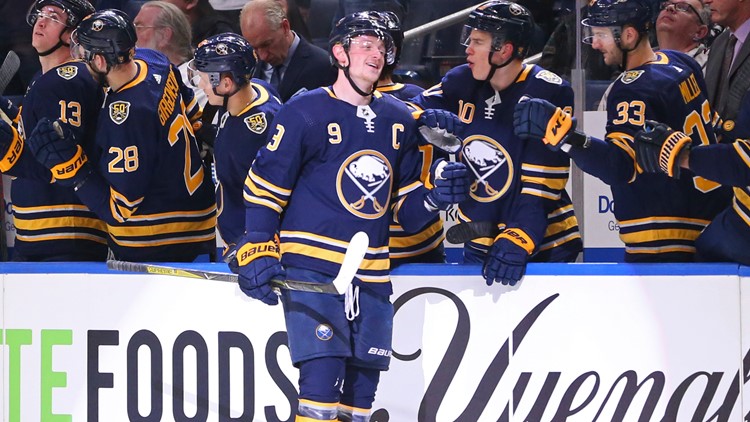 BUFFALO, N.Y. — Dominik Kahun scored the decisive goal in the seventh round of a shootout and the Buffalo Sabres snapped a six-game skid with a 3-2 win over the Washington Capitals.

Linus Ullmark stopped 33 shots through overtime and six of seven shootout attempts in his first game in six weeks.

Alex Ovechkin had a goal and an assist, and Dmitry Orlov also scored as Washington erased a 2-0 deficit in the third period.

Ovechkin’s goal was his 48th of the season, tying him with Boston’s David Pastrnak for the NHL lead.

RELATED: Sports Talk Live: Sabres alum Robitaille on his name being misspelled on his jersey