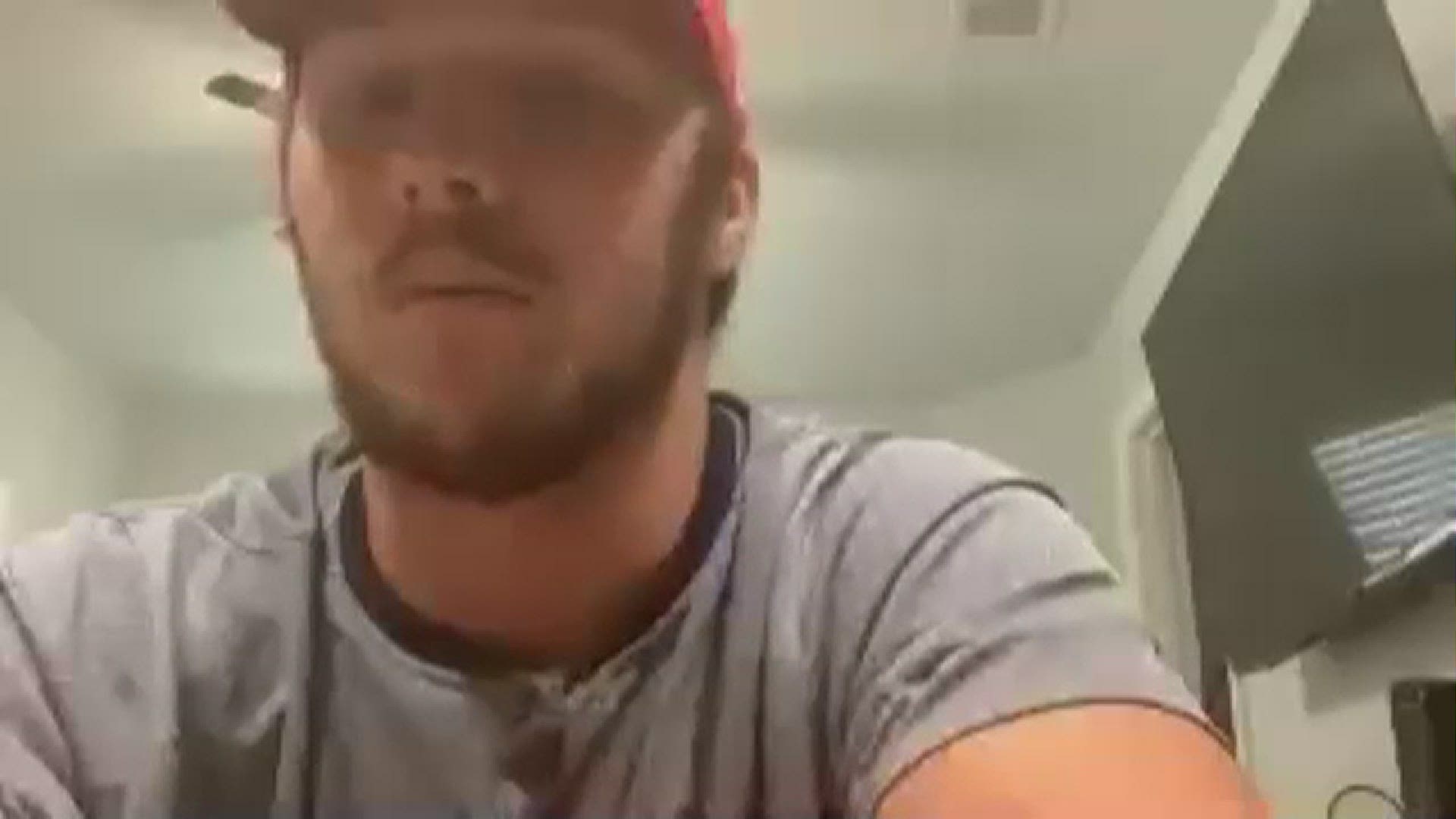 BUFFALO, N.Y. — In a wide ranging Zoom call with the Buffalo media Bills quarterback Josh Allen had plenty to say about race in the United States.

The third-year quarterback also had plenty to say about the Bills.

Allen said he has had plenty of conversations with teammates who happen to be black and he has learned about their experiences.

"I have been doing is having conversations with teammates and trying to listen and trying to learn," Allen said. "I’ve been in a position where I’ve never been pulled over and I feared for my life and I think that’s a horrible thing that many people of color have to go through that.

He does think, despite what the country is going through now, it will come out better for having gone through it.

"I think this country is going to come out of this as a better country and we're gonna continue to learn and grow. As far as racial injustices there's no room for racism," Allen said.

"I sent him a text saying I love you and I'm here for you if you need anything," Allen said. "He owned up to his mistakes and he talked to the team and if anyone had any questions about him, they asked him directly. It was a shame that it happened. ...

"He was extremely sorry and regretful and super hurt by it. He didn't mean to cause anybody any pain, and I think the guys responded well to him. It's still going to be a hill that he continues to climb with the guys in the locker room."

Allen spoke about the Bills too. He said after the playoff loss to Houston earlier this year that he wouldn't be over it until the Bills started playing again.

"I was talking about it last night so I'm definitely not over it," he said.

Earlier this off season the Bills traded for wide receiver Stefon Diggs. Allen and Diggs and a number of their teammates had a chance to work together earlier this year in Florida. Diggs made a great impression on Allen.

"This man loves to work. He loves to get on the field and run routes. And talk to the guys and explain how he's running routes. It was awesome to see how much detail he puts into his craft. He's a guy that everybody in the locker room is going to love," Allen said.

Allen said Diggs wasn't there for himself but was there for the betterment of the team.

Allen has gained great insight from quarterbacks Peyton Manning and Brett Favre on ZOOM calls. Offensive coordinator Brian Daboll invited the two legends to join the calls and provide tips during them.

Allen also said he benefited greatly from a conversation with former Cowboys quarterback Tony Romo at the Super Bowl.

"I think what he kind of gave me, I’ve been talking it in stride and I’m applying it to the field and I think it’s been working out. In Miami, I feel like it’s the best I’ve ever thrown," Allen said.

RELATED: Bills' Norman believes something special is happening in Buffalo