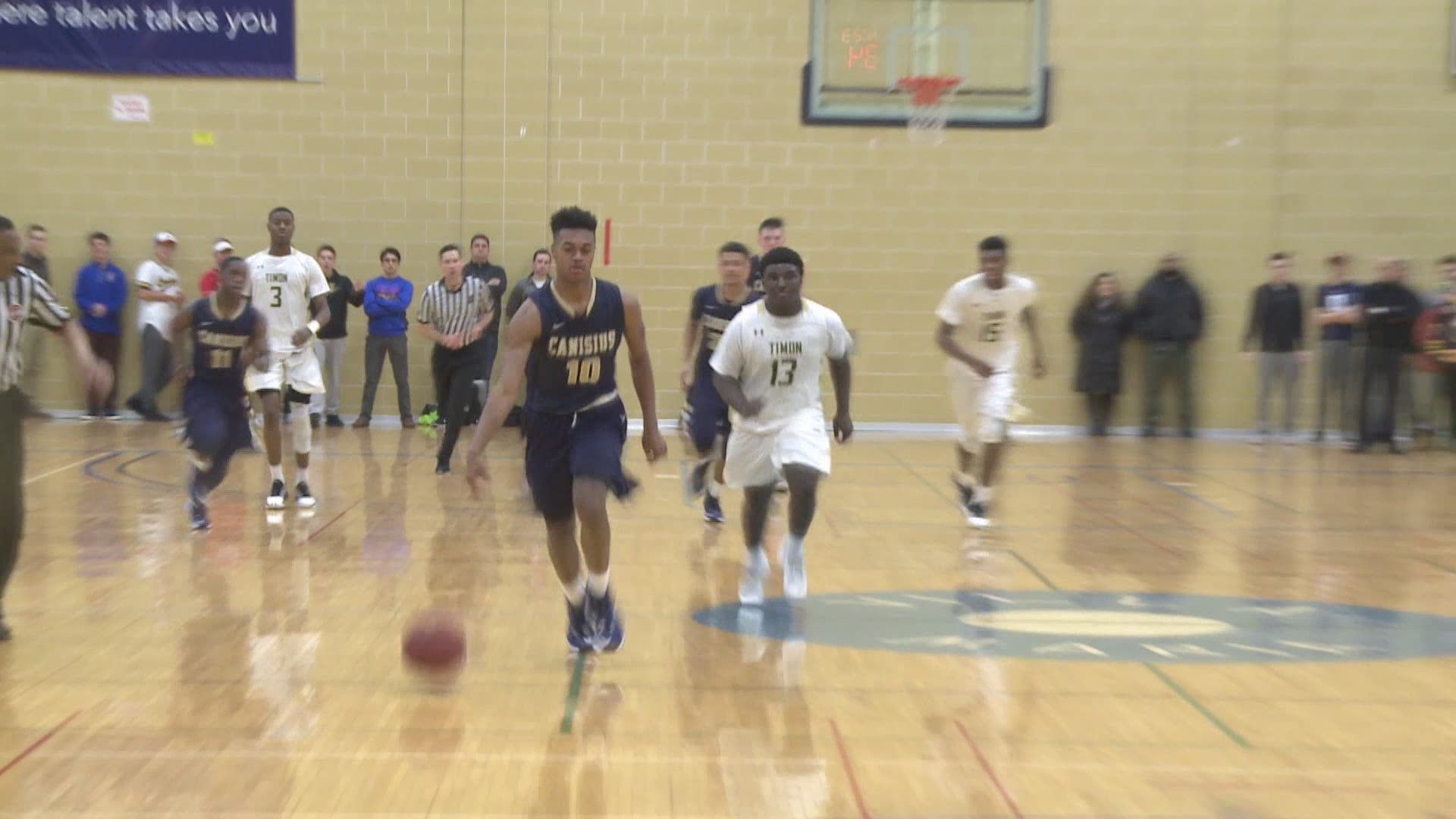 BUFFALO, NY- At Canisius High School Jayce Johnson played football and basketball. He quarterback the Crusaders to back to back Monsignor Martin Championships and a state championship.

In basketball he played an important role in the Crusaders winning two of the last three Manhattan Cup championships.

Originally Jayce was going to play football in college, in fact he signed a letter of intent to play for Wagner. He has since changed his mind and will now play basketball for Middle Tennessee. Johnson told Two On Your Side's Stu Boyar that the Middle Tennessee coaching staff told him they expect him to play this season as a freshman.

Johnson said he's just switching to the sport he loves the most. Johnson will study accounting in college.