Bills Hall of Fame quarterback Jim Kelly sat down with WGRZ's Adam Benigni to discuss is ongoing recovery from oral cancer, advances that have taken place in his treatment, and the support he continues to get from the Western New York community. 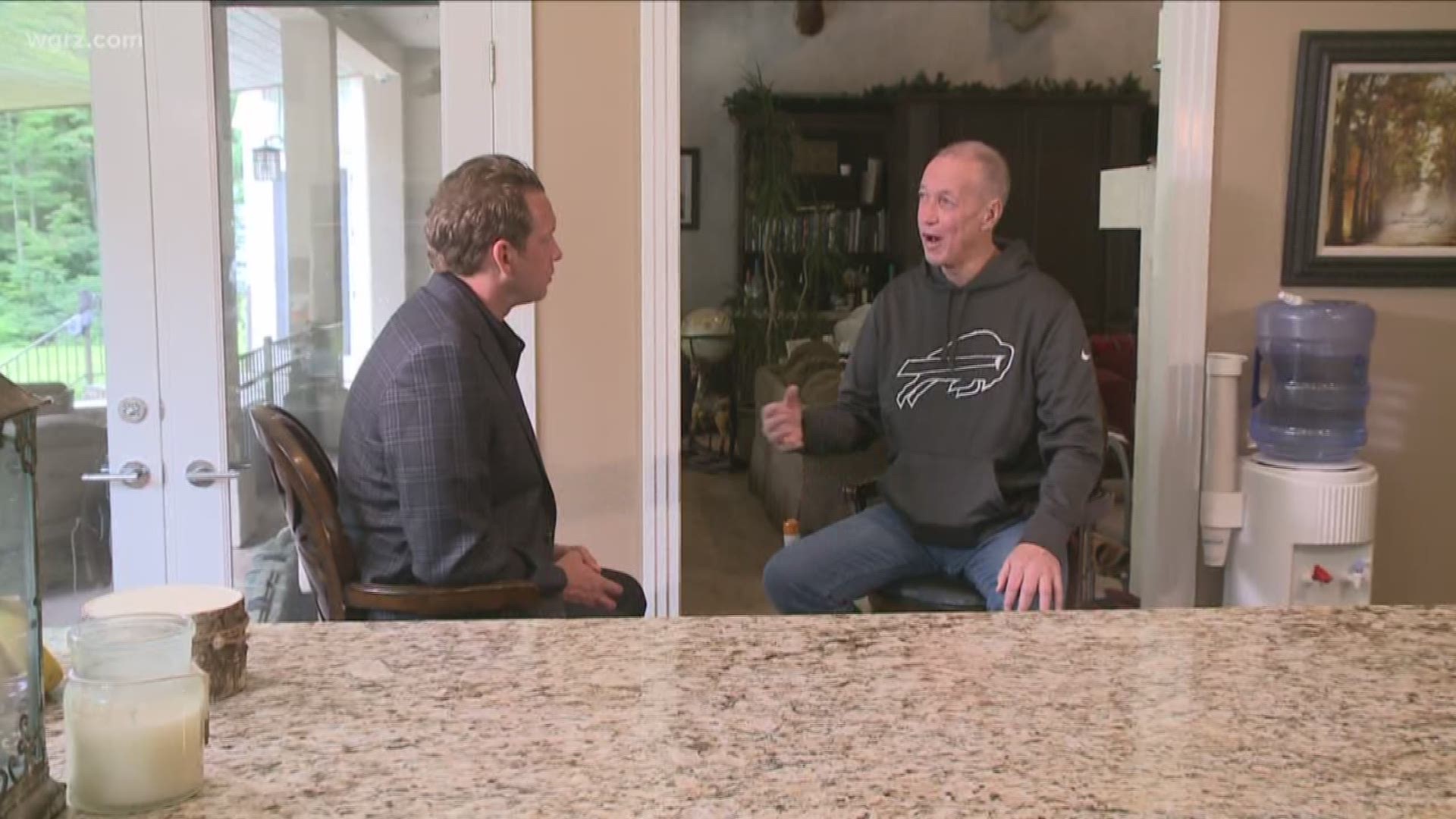 BUFFALO, N.Y. - "You were saying you wanted to see the light at the end of the tunnel. I think I'm at the beginning stages. I'm not even in the tunnel yet...but we'll see what happens."

The words of Bills Hall of Fame quarterback Jim Kelly sitting in the kitchen of his Orchard Park home.

"So I have to have patience even though at times it's hard because you can only handle pain for so long...but it's been a long road."

This road is one that started back in 2013 when Kelly was first diagnosed with cancer of the upper jaw.

Dr. Maureen Sullivan is the head of dentistry and oncology at Erie County Medical Center in Buffalo.

"He had an early cancer that wasn't identified early, so he was undergoing treatment for chronic infection which lasts awhile, and then ultimately he obtained a biopsy and he found out there was a cancer, so the initial diagnosis was a relatively smaller surgery."

That surgery included a prosthetic that was built at the Oral Maxillofacial Center at ECMC, one of six like it in the country.

Kelly's cancer has recurred twice since. The first time a larger prosthetic was used. After the second recurrence, which Sullivan spotted, Kelly went to Mt. Sinai Hospital in New York to have part of his fibula (leg bone) removed and used to replace his upper jaw. 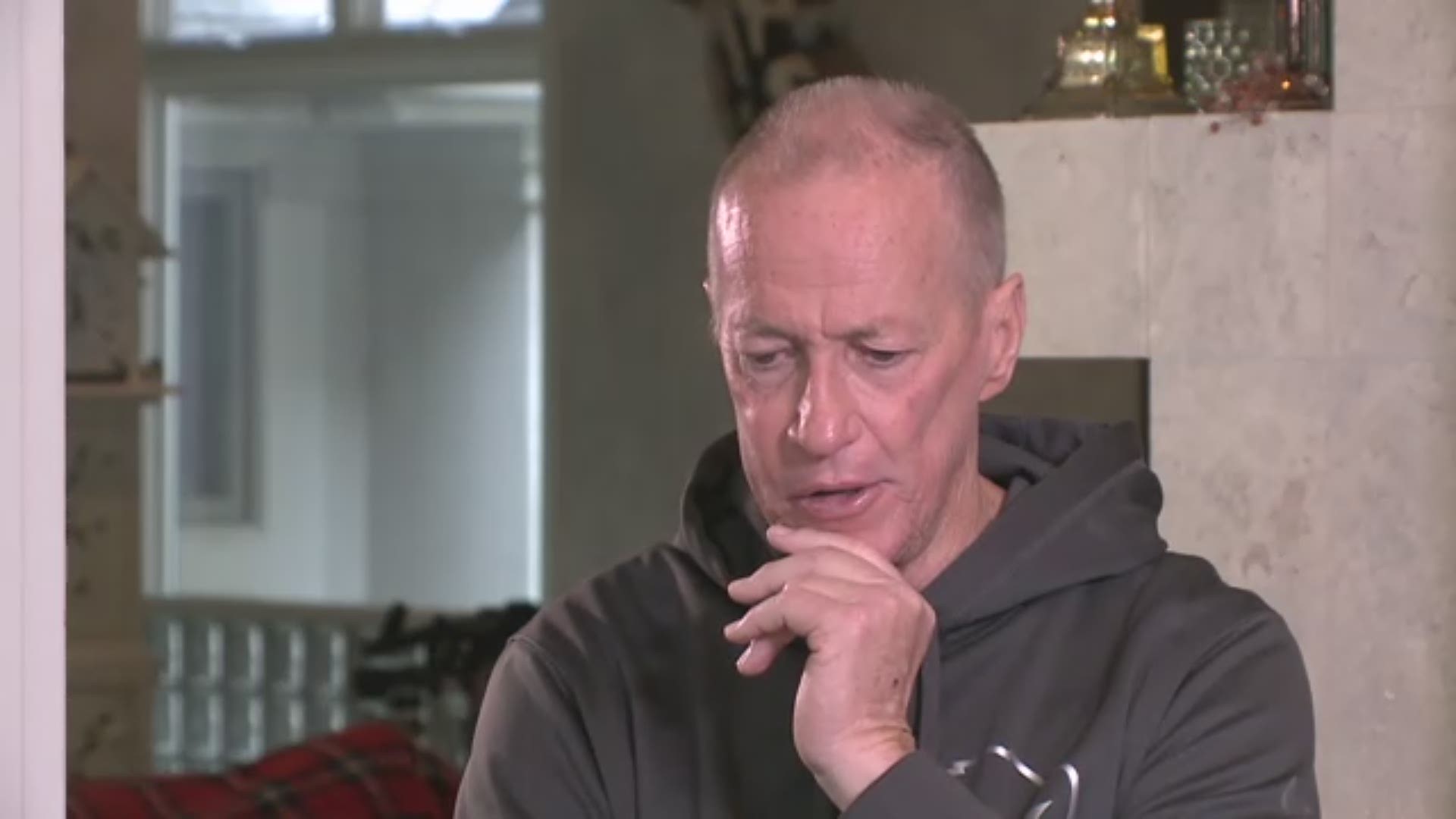 Sullivan says the final phase of the reconstruction is underway.

"It's 100-percent his tissue and it will continue to be modified until he can have a fixed prosthesis with some integrated implants to replace what he's lost."

There will be several more procedures ahead, but there is optimism since Kelly's cancer has been confined to the upper jaw all along.

"The one person that I want to see smile is myself in the mirror, knowing that I've beaten so many odds, but now I can help others."

Kelly says that has been his mission through his fight, and that he's drawn on the adversity that he and his family have faced through the years to help push him forward.

"I have learned that so many years ago, not only through the Super Bowls, but through what my son and what he went through and really seeing other people and what they go through."

Kelly also says he greatly appreciates the continued support he gets from the community in the form of social media comments, notes, and cards.

"Well it's because of the letters I receive every week, the cards, the well wishers, the big billboards that people send to me and I've already got a bunch stashed away... How that makes you feel. It of course just puts a smile on my face. I know what it's done to my life. I'm never going to give up... I'm a Buffalo Bill...Buffalo Bills never give up... people from Buffalo never give up." 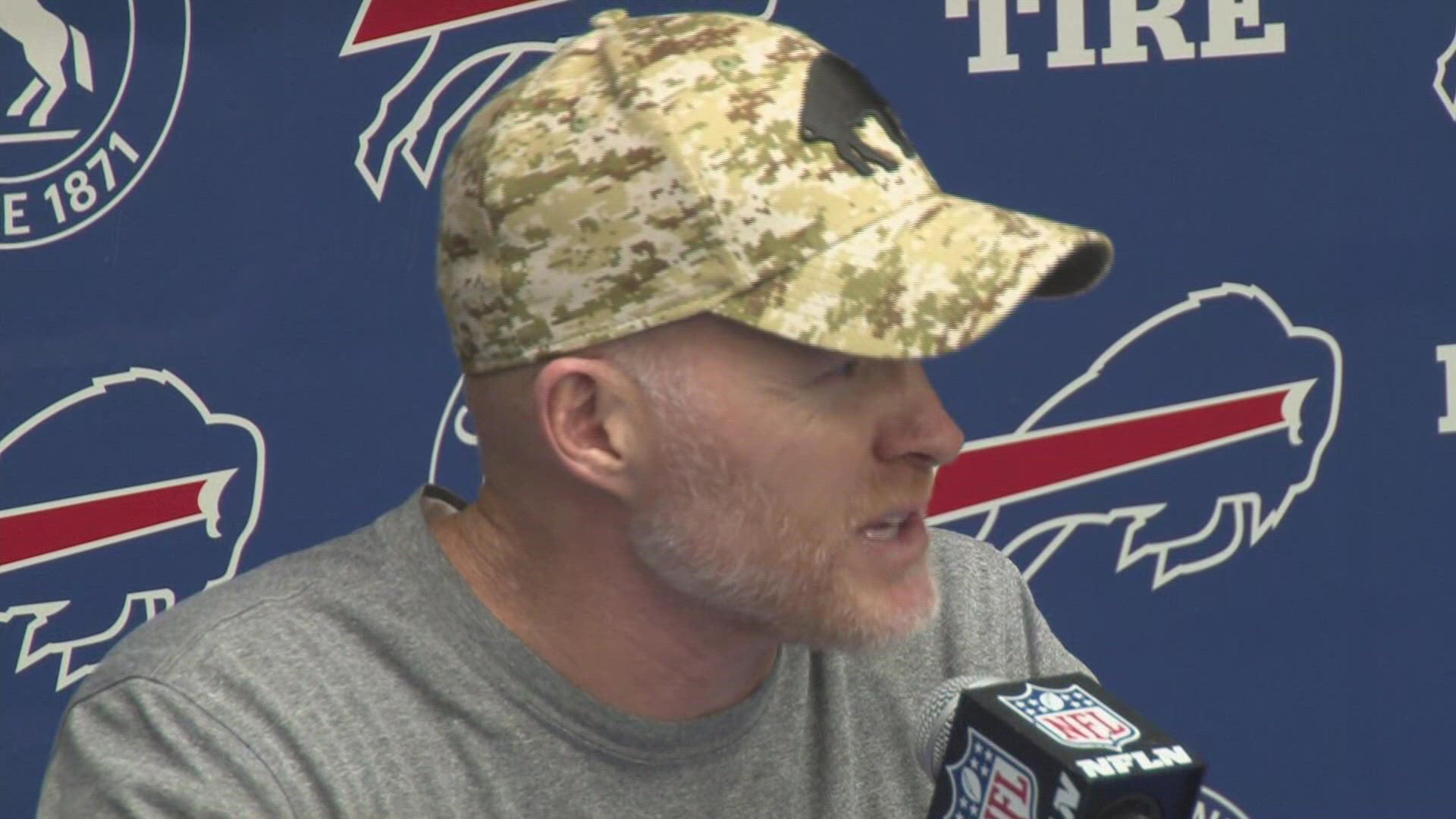 Next man up, Dane Jackson ready to replace Tre’Davious White