Jeff Skinner's scoring drought just one of many Sabres woes

Skinner only has 11 goals this season and hasn't scored in 15 games. 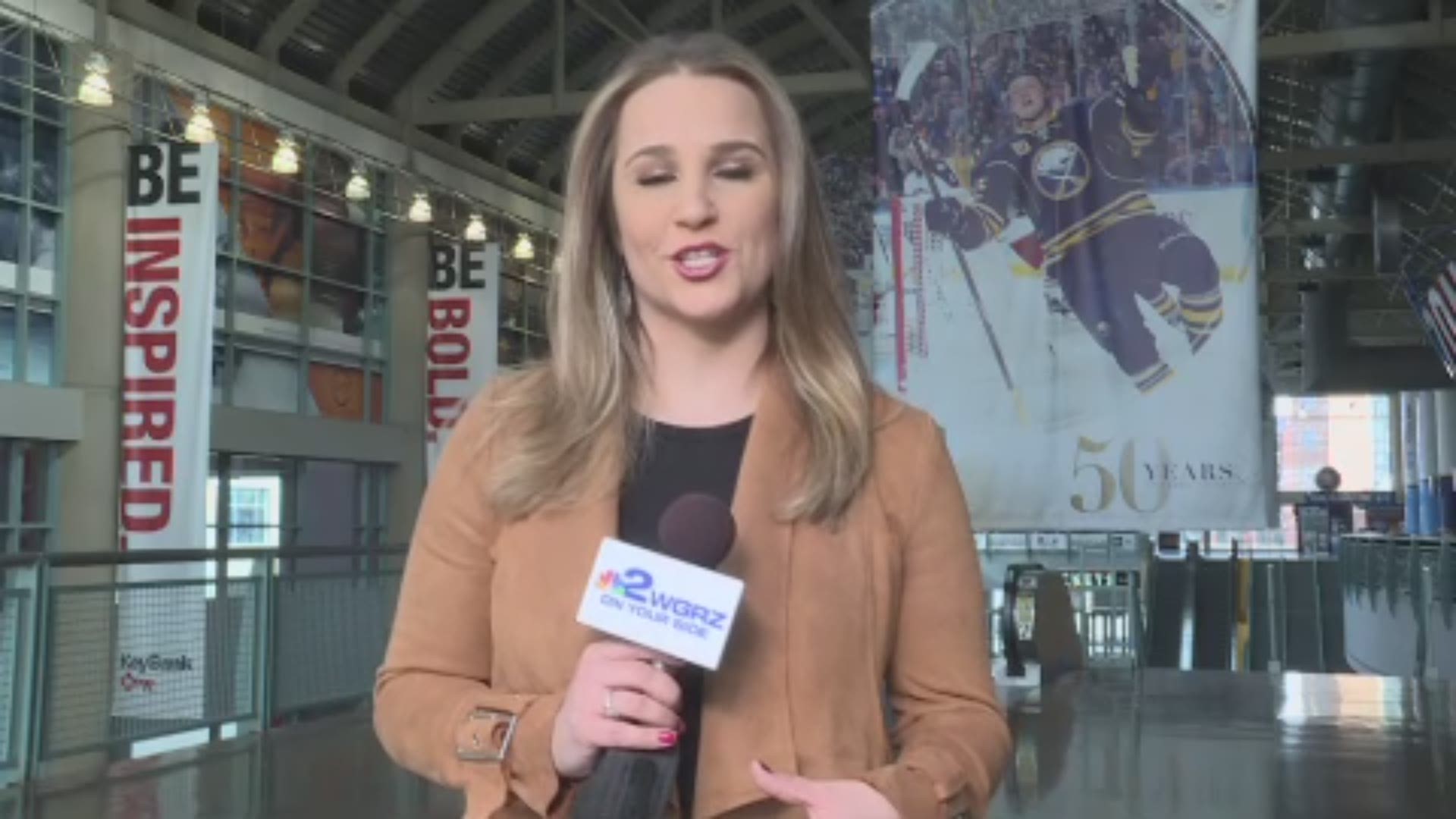 BUFFALO, N.Y. — Another collapse on home ice has Sabres fans feeling frustrated once again at this point in the season, something they're all too familiar with as it looks like the playoff drought will reach nine straight seasons.

The Sabres are coming off a 6-1 loss to Colorado on Tuesday night where they were booed off the ice, another thing that's all too familiar.

They're currently 12 points out of a playoff spot, and given the way they're playing, that's an almost impossible hill to climb.

Defensive break downs, shaky goaltending and a lack of offensive production are just some of the issues surrounding this team.

Jack Eichel and Sam Reinhart seem to be the only ones able to put pucks in the back of the net. Even Jeff Skinner, coming off his 40-goal season, is in a slump. He hasn't scored in 15 games and has only 11 goals this season.

You can see just how fed up this fan base is. Anytime I tweet anything about the Sabres, fans can't help but express their frustration.

One example: when it comes to things that will change, Ralph Krueger said Jonas Johansson will get a start coming up.

That's not enough change. And those changes and major shakeups need to come from a higher up.

And when it comes to the state of this team, it seems like there are more questions than answers right now.

"I don't know I mean I think there are a lot of variables that go into it," Jeff Skinner said when I asked him what isn't clicking with this team right now.

"You just sort of have to chip away at some of the little things, just sort of correct them as you go along. I think that's sort of the way every season goes. You go through up's and down's and when you have a bad game you have to correct the things you did wrong and come back and be better next game."

The only thing is, that doesn't seem to be happening. It seems like all the right things are being said but they aren't practicing what they preach.