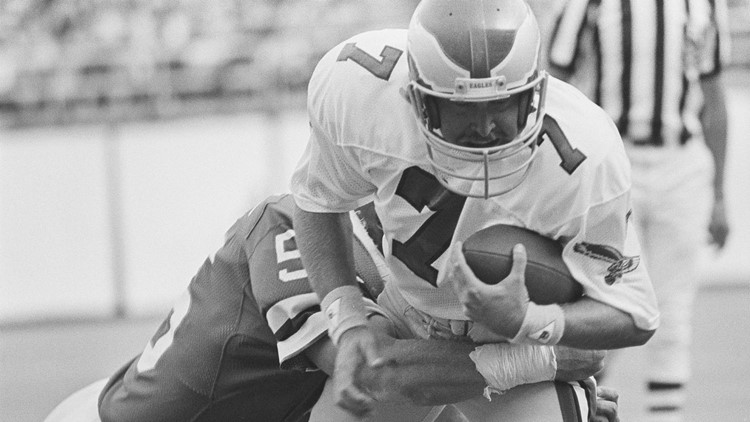 Photo by: AP
Philadelphia Eagles quarterback Ron Jaworski falls into the end zone for a fourth quarter touchdown against the Buffalo Bills in Philadelphia, Oct. 28, 1985. Jaworski led a fourth quarter comeback as the Eagles defeated the Bills 21-17. (AP Photo/Peter Morgan)

BUFFALO, N.Y. — Ron Jaworski, commonly known as "Jaws," will be the headline inductee for the class of 2019 in the Section VI Hall of Fame.

The former quarterback starred at Lackawanna, and wound up leading the Philadelphia Eagles to the Super Bowl in 1980.

Ceremonies will be held December 6th at the Columns Banquets facility in Elma.