But with a price tag potentially in the billions, can Buffalo compete in the major league expansion sweepstakes? 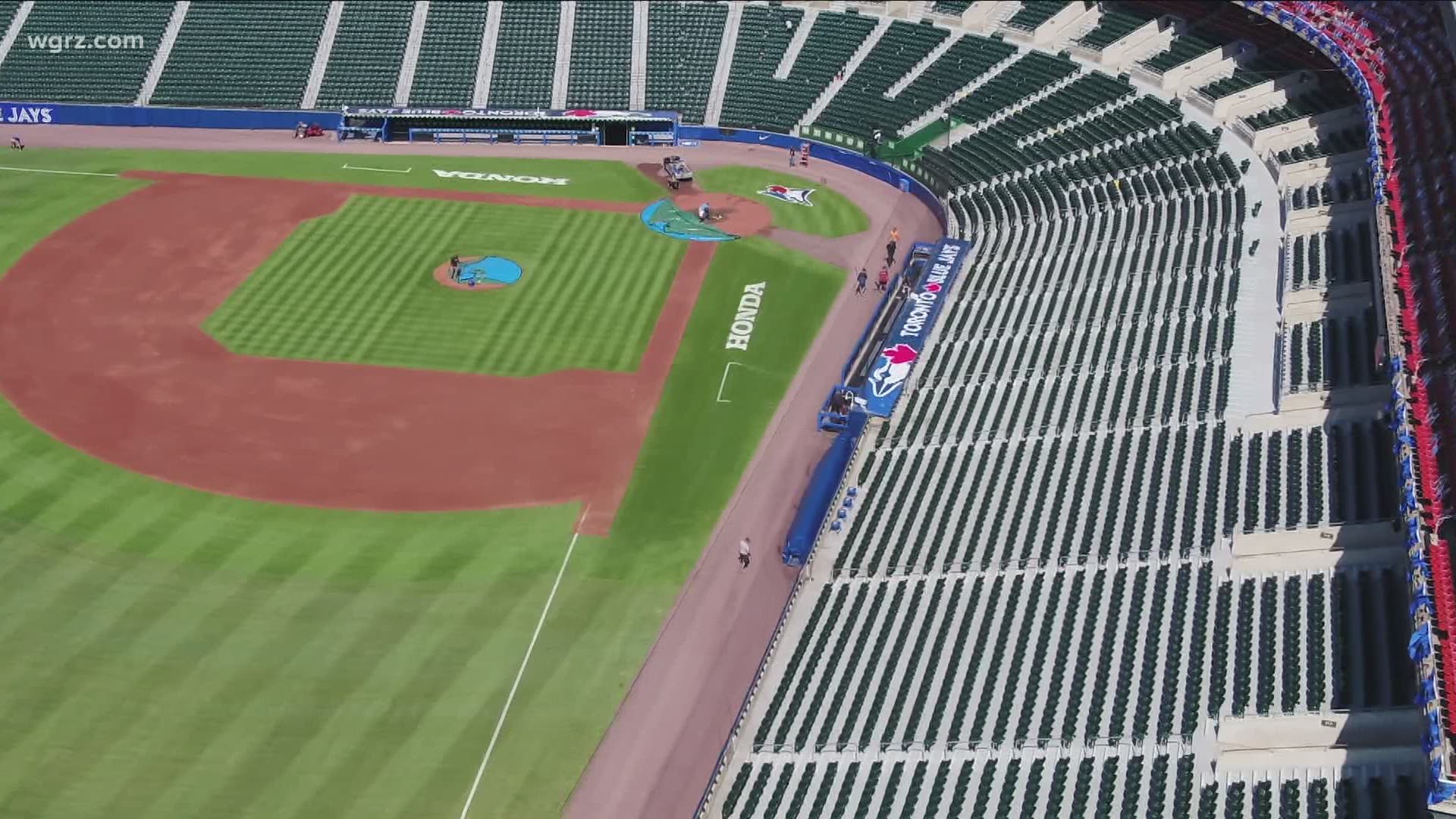 BUFFALO, N.Y. — Sahlen Field is referred to as “the house that Jimmy built.”

The late Buffalo Mayor Jim Griffin spearheaded the effort to get a new downtown baseball park built. It opened in April 1988.

Until the pandemic, it has been the home for the AAA Buffalo Bisons. But because of COVID-induced limitations with crossing the Canadian border, the ballpark has been a home-away-from-home for the Toronto Blue Jays.

It’s had a number of names over the years (including Pilot Field, North AmeriCare Park, Dunn Tire Park and Coca-Cola Field), and was built with an eye towards landing an MLB expansion franchise.

On Opening Day in the inaugural season at the stadium, then-Governor Mario Cuomo called it, “the best minor league stadium in the United States of America. But one thing is clear Buffalo never settles for minor leagues. Buffalo is a Major League city.”

MLB did add four franchises in the 1990’s. Buffalo did not land one. But with the attention Buffalo is gaining hosting the Jays in back-to-back years, there are some here who think the city could be major league ready now.

Major League Baseball’s Commissioner Rob Manfred has talked publicly this year about the possibility of adding two new franchises to the league. A timetable has not been disclosed.

The US cities most often mentioned as possible expansion sites are Portland, Charlotte, Nashville and Las Vegas. How does Buffalo stack-up against those cities?

As you can see in the graphic below, 2 On Your Side took a look at three metric MLB has been interested in, in the past: population, TV market and wealth which prompted us to look at per capita income.

Buffalo lags behind in all three of these comparisons.

Then, there is the expansion fee MLB is interested in from potential franchise owners. In April, Manfred talked about this noting the current value of major league teams.

“If in fact these assets are worth on average $2.2-billion, I think that’s kind of a lodestar of where you would start in terms of evaluating expansion opportunity,” said Manfred.

It’s worth noting $2.2-billion is more than Kim and Terry Pegula paid for both the Sabres and Bills.

But, if Buffalo does not become a major league city, the Bisons and the stadium have both benefited from the Jays' residency.

Buffalo News sports reporter and columnist Mike Harrington, who has covered every season at the downtown stadium, notes improvements at the ballpark made for the Jays will benefit the Bisons.

“You’re talking tremendous amenities for the players. Far above the standards of what we’re going to see in most triple-A parks. It is going to be again one of the best AAA ballparks in the country,” said Harrington.