The case was filed Monday in Niagara County Court by Loraine Humphrey on behalf of her son, a would-be senior quarterback. 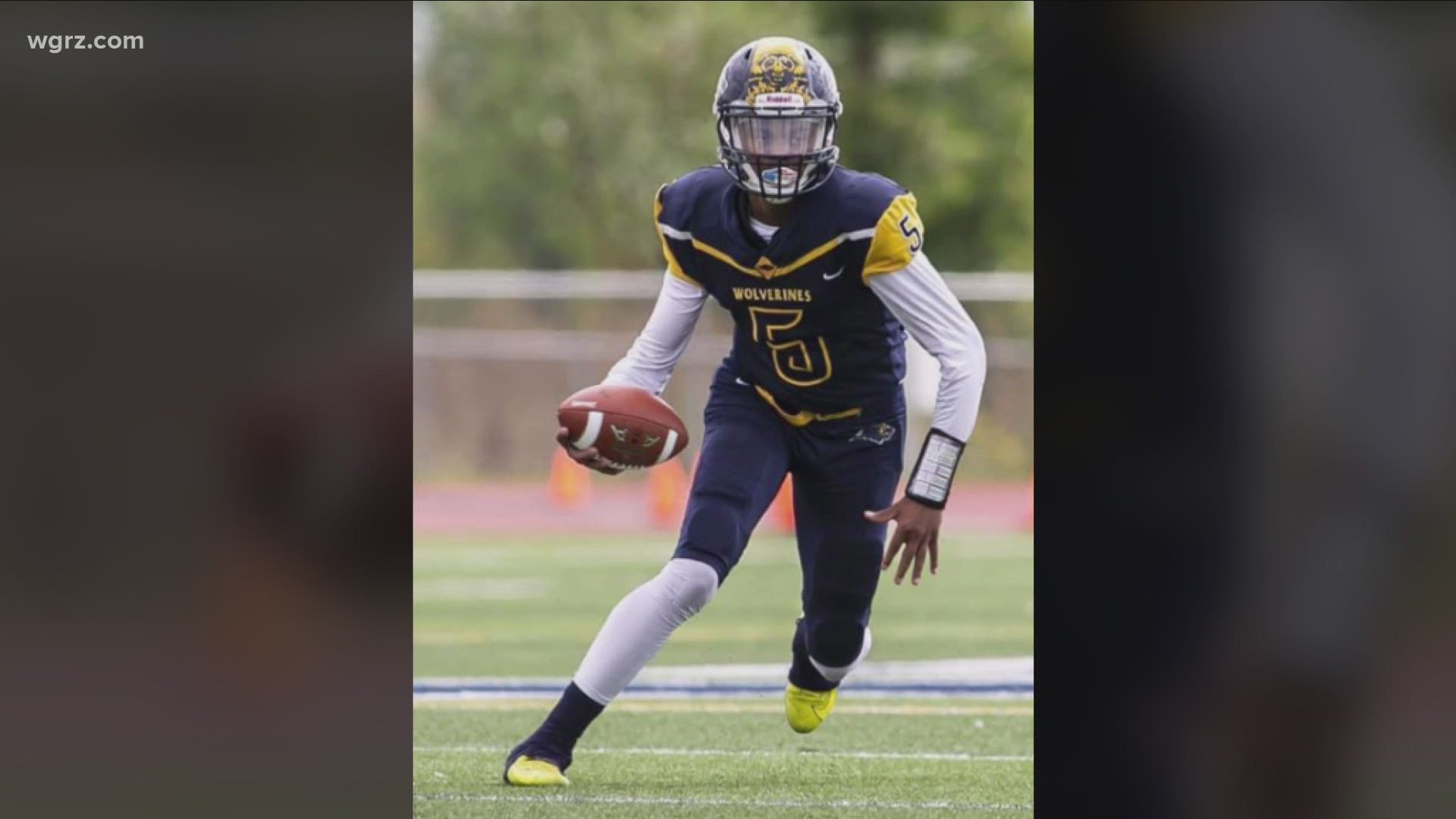 NIAGARA FALLS, N.Y. — A class-action lawsuit filed by a mom from Niagara Falls claims the state is failing to give certain student-athletes a fighting chance at success under the current COVID-19 restrictions.

Humphrey's son, Justin Humphrey Goldsmith, who is listed in the complaint only as J.H.G., would have been a star senior quarterback at Niagara Falls this year.

"Not only does this kid have a tremendous shot at a Division I scholarship, he is probably one of the top prospects in the entire state. The family was relying on a scholarship [for him] to go to college," said James Mermigis, the family's lawyer.

The lawsuit alleges without sufficient reason, citing New York's improving COVID-19 numbers and various other sports resuming play like soccer, that opportunity to succeed is being denied by the defendants.

Mermigis, a Long Island-based lawyer (Syosset, N.Y.), said he connected with the family online and has only spoken to Humphrey and her son over the phone.

The frustration, however, isn't just being felt by Humphrey and her son, Niagara Falls Superintendent Mark Laurrie told 2 On Your Side.

"What I'm sensing is most of them (the athletes) understand that health and safety are first, but they also realize that their short amount of time as a high school athlete could be passing them by," Laurrie said.

He added that the district isn't siding one way or another on the case and will leave the decision up to the judge. For now, Laurrie remains optimistic about a spring football season.

"The hope is though that in the spring we can have a season and that we'll know more and it will be safer and we can play six to eight games and playoffs," Laurrie said.

A spokesperson for the state's public high school athletic association told 2 On Your Side he is aware of the lawsuit but hasn't received any paperwork in regards to the case. Another defendant, Section VI, which was allowing football teams to practice as of September 21, did not immediately respond for comment Thursday night.

2 On Your Side legal analyst Barry Covert said the lawsuit isn't uncommon to other ones that have popped up during the pandemic, claiming the restriction of "basic rights," the most recent one involving Sportsmen's Tavern.

"It's very hard stretched to claim that there is some fundamental right or some protected right to play a sport, and that I think will be the highest hurdle for the lawsuit to try and get beyond," Covert said.

The lawsuit argues that sports could be considered part of a student's right to education, which is included in the state constitution, but Covert added making that connection in court could prove difficult or even backfire, leading to even tighter restrictions on sports.