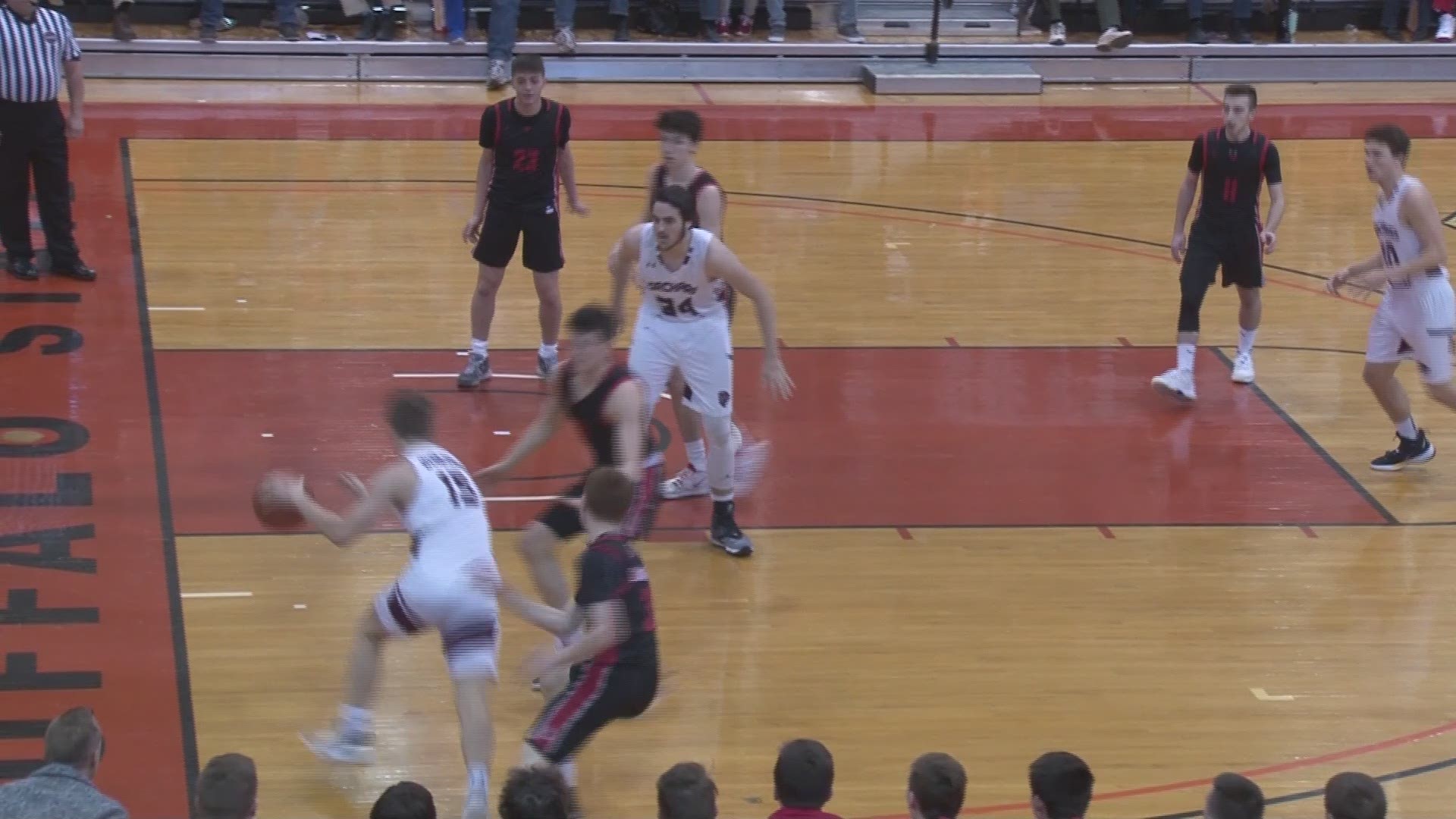 BUFFALO, N.Y. — The first Saturday in March is a huge day on the high school basketball calender.

That's when the Section 6 boys championship games are played at Buffalo State college. There are five games: three in the early session and two in the later one.

It's the second straight championship for Allegany-Limestone.

For the 12th time in 14 seasons, Olean is a sectional champion. The Huskies hit 13 3-pointers, including 10 in the first half, on their way to a lopsided victory.

The Legends won their first sectional title since 1959. 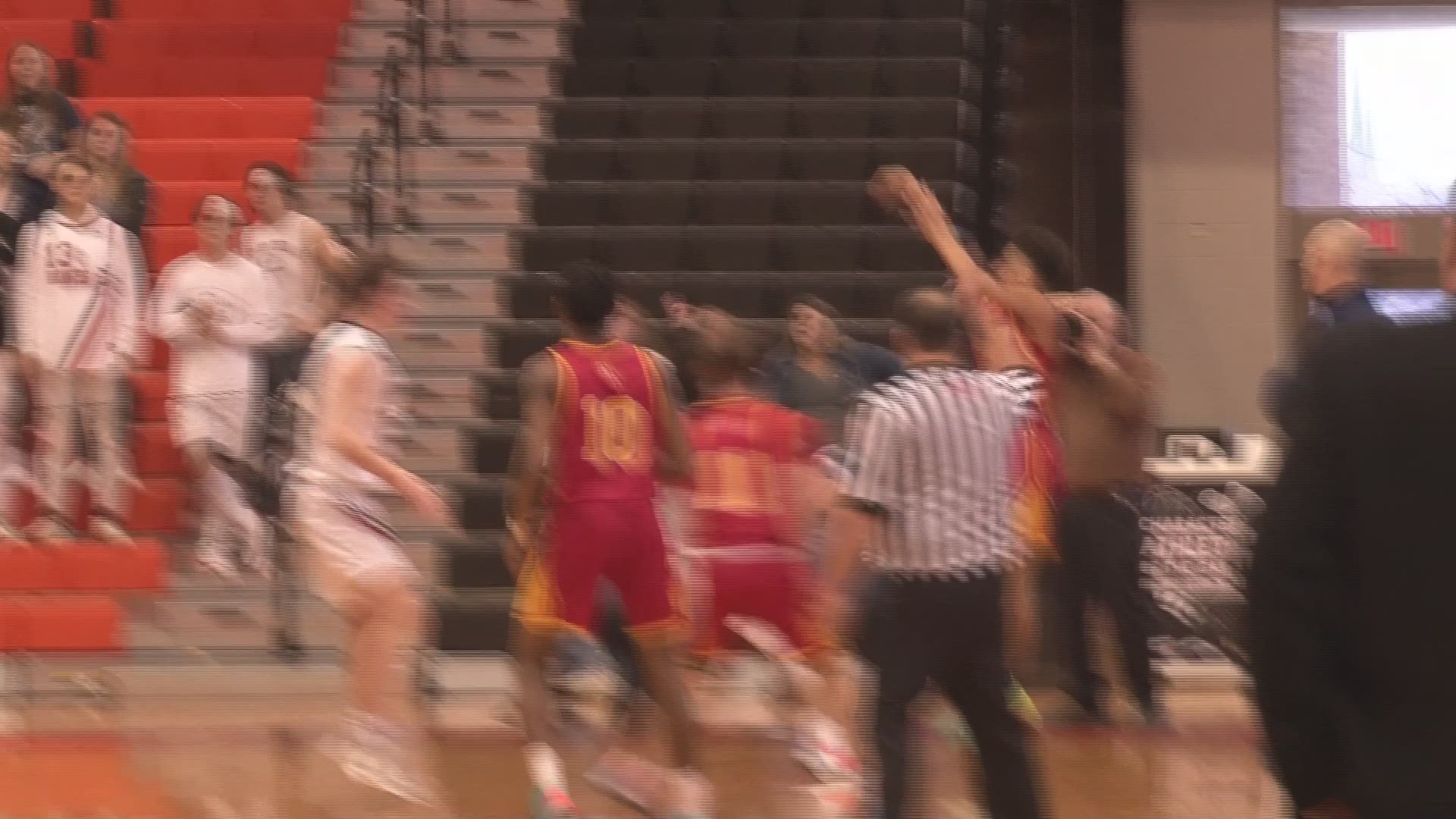 The Falcons won their third section title in the last four years. JaVaughn Jones led all scorers with 20 points for Health Sciences. 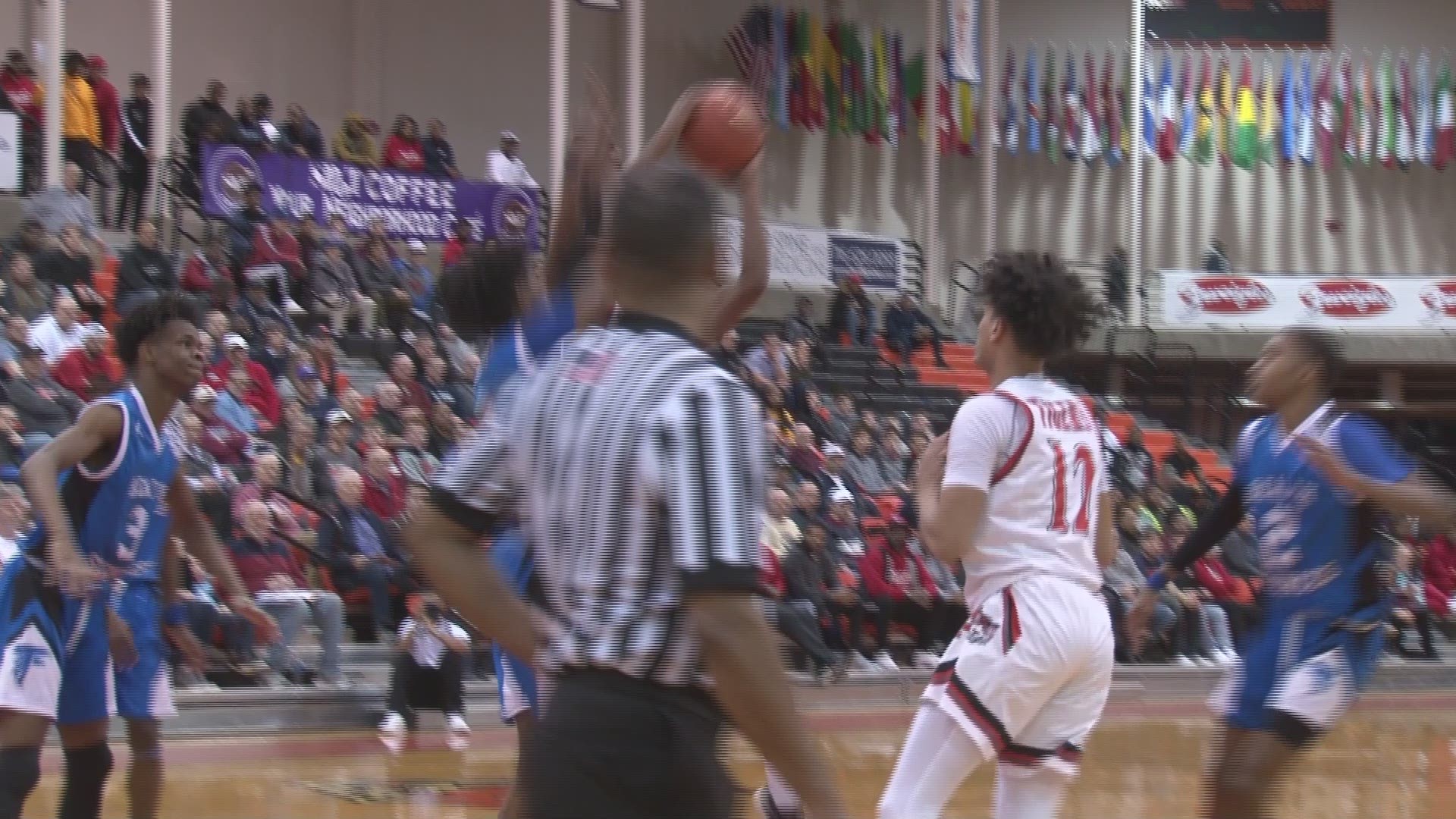 In the final game of the night North Tonawanda beat West Seneca West 64-56. North Tonawanda will play Health Sciences in the crossover game Tuesday at 8:15 p.m. at Buffalo State College. Its the second time in four seasons that the Lumberjacks are sectional champions. Dante Moultrie led all scorers with 28 points.

RELATED: UB's Antwain Johnson takes a part of home on the court

RELATED: Damone Brown passing along his passion to college kids in hometown