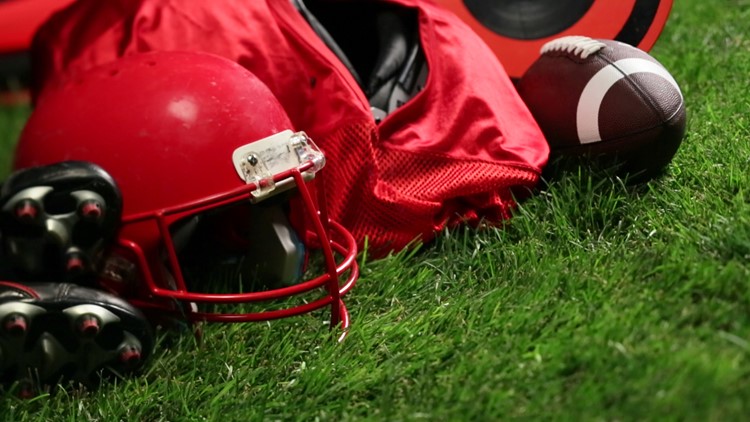 BUFFALO, N.Y. — Sidelines is a weekly feature for WGRZ which includes a mixture of information concerning players, coaches and teams.

Congratulations to Kraig Kurzanski, Williamsville head coach, for an excellent 6-3 record this season. Also he established a WNY kicking record by his team not punting at all during the season. His philosophy is to not give the opponent the ball.

Tom Repicci represents Prepstar, a recruiting service for high school student athletes. Tom does an excellent job in working with college football coaches and giving them information for the players he helps. For more information, contact thomasr@csaprepstar.com

Congratulations to Connor Desiderio, Maryvale senior QB, for his outstanding 4 year football career with the Flyers. He set records for total offense, total touchdowns, most wins, most starts, most passing yards in a season, most career passing yards and most career passing touchdowns. Connor was a 4-year starter at QB and will play baseball for St. Bonaventure after he graduates.

Canisius will play at St. Joe’s on November 9th to determine the opponent for St. Francis in the Msgr. Martin Championship game November 16th at the University at Buffalo.

Why are there so few schools that have rosters available for high school football games?

It’s unfortunate that Justin Campbell, Bennett senior RB/LB was ejected at the quarterfinal playoff game versus Niagara Falls and as a result was not available for the Tigers’ semi-final game versus Orchard Park.

The impact by WNY Athletics for Western New York student athletes is tremendous. Frank Wolf and his team should be commended for enhancing the recognition and publicity for the athletes, teams and coaches for high school sports.

It will be nice to see Len Jankiewicz, former head coach and AD at Lancaster inducted into the Greater Buffalo Sports Hall of Fame on November 7th. It’s a well-deserved recognition.

Steven Carlson, who starred for Jamestown and Princeton was recently added to the Cleveland Browns 53 man roster. He was with the Browns in Preseason until he was cut. Another WNY Alumnus playing professional football in the NFL, Congratulations.

Savon Van Sickle, Jamestown junior RB/LB did not play in the Lancaster game as a result of a knee injury.

Good luck to Starpoint’s Al Cavagnaro on his retirement as head football coach.