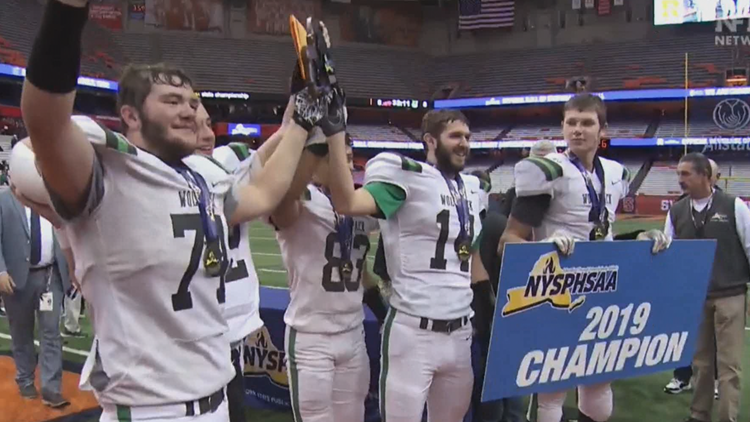 CSP scored the first 41 points before Moriah finally got on the board.

Senior quarterback Gerrit Hinsdale was named offensive player of the game as threw for 119 yards, two touchdowns and ran for one as well.

Junior running back and defensive back John Swabik was named the game's MVP for his performance in all three phases of the game.

Swabik had 43 yards on six carries. Then defensively he ended with a game-high 11 tackles and an interception.

The Wolfpack ended the season 11-1 overall. This win in the state title game capped off an eight-game winning streak to end the year.

RELATED: Female Lancaster student will get to wrestle with team