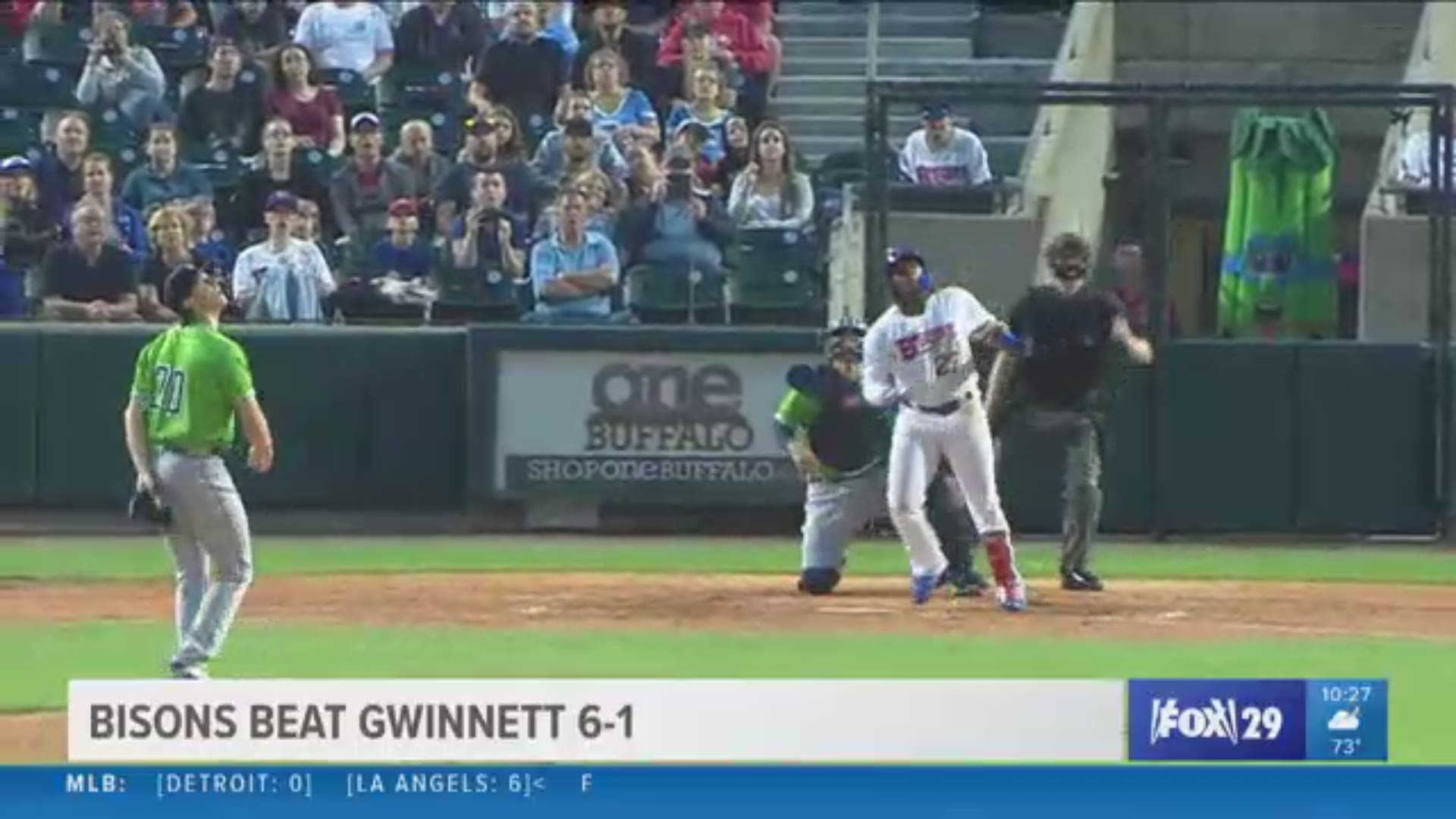 (bisons.com) It was everything you thought it would be and more!

Vladimir Guerrero Jr.'s first Triple-A home run was a mammoth blast as the 19-year old crushed a two-run shot to straight away center to lead the Bisons to a 6-1 win over the Gwinnett Stripers, Wednesday night from Coca-Cola Field. The shot, estimated at over 430 ft., came as part of a second straight three-hit game for baseball's top prospect, who is now hitting .455 in his first eight games with the Bisons.

You could almost sense it was coming as Guerrero Jr. was not fooled by anything Gwinnett righty Kyle Wright threw at him. In the first inning, Vladdy crushed a double down the left field line by pulling a slider just inside the third base bag. In the third, Guerrero Jr. jumped on a first-pitch fastball to line a single in to right.

That set the stage for a 2-0 breaking ball in the fifth that Guerrero Jr. was all over. The no-doubter got out so quickly centerfielder Danny Santanta barely moved as the ball cleared the second fence that still exists at Coca-Cola Field from the larger ballpark dimensions of earlier days. The two-run shot snapped a game tied at one and set the Bisons on the path to victory.

As for the ball that was retrieved by Bisons Assistant GM Anthony Sprague and given to the third baseman, it will soon be a gift from the son to his dad.