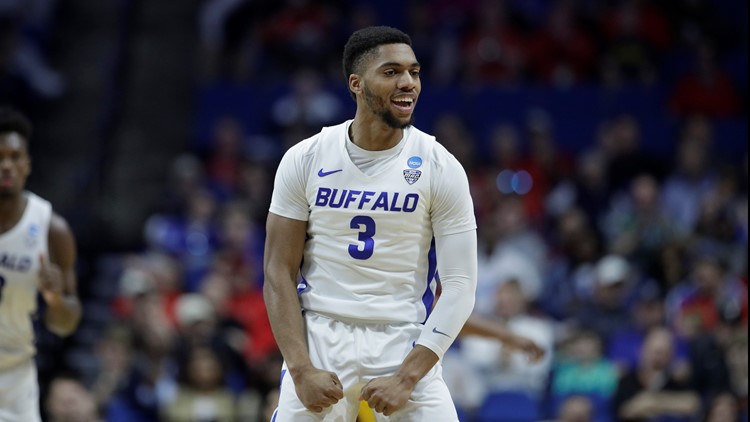 Photo by: AP
Buffalo's Jayvon Graves celebrates after making a basket during the first half of a first round men's college basketball game against Arizona State in the NCAA Tournament Friday, March 22, 2019, in Tulsa, Okla. (AP Photo/Charlie Riedel)

Graves sank 8 of 14 shots from the floor for the Bulls (6-3), who shot just 37% overall. Ronaldo Segu came off the bench to score 14 with five boards and two steals, while Davonta Jordan filled up the stat sheet with 12 points, nine rebounds, eight assists, two steals and a block. Buffalo’s bench outscored DePaul’s reserves 25-5.

Jalen Coleman-Lands led DePaul (9-1) with 17 points, but he made just 7 of 18 shots, including 3 of 10 from 3-point range. Paul Reed notched his seventh double-double of the season with 15 points and 18 rebounds. He added four steals and blocked five shots. Romeo Weems and Jaylen Butz scored 13 and 11 points, respectively.

RELATED: It's official: Buffalo will play Charlotte in the Bahamas Bowl