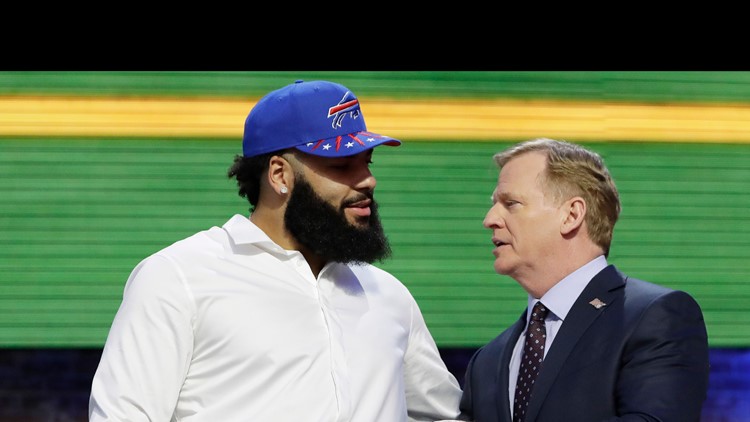 BUFFALO, N.Y. — For the second time during the coronavirus pandemic the NFL and numerous general managers are at odds. This time it's about delaying the NFL draft. Earlier this month many GM's felt going ahead with the league year as scheduled was a bad look for the league. The NFL stood firm and proceeded with free agency.

Now according to ESPN multiple GM's want to delay the draft, which is scheduled for April 23 through April 25. The league has already decided that public events will take place in Las Vegas because of the pandemic. The draft will still be televised.

GM's argue that some teams would be at a disadvantage depending on how hard their area was hit by the pandemic. Off season activities have been cancelled and some team facilities have been closed.

The NFL has time to change course but right now the consensus, according to ESPN, among owners and the league office is for the draft to go on as scheduled.